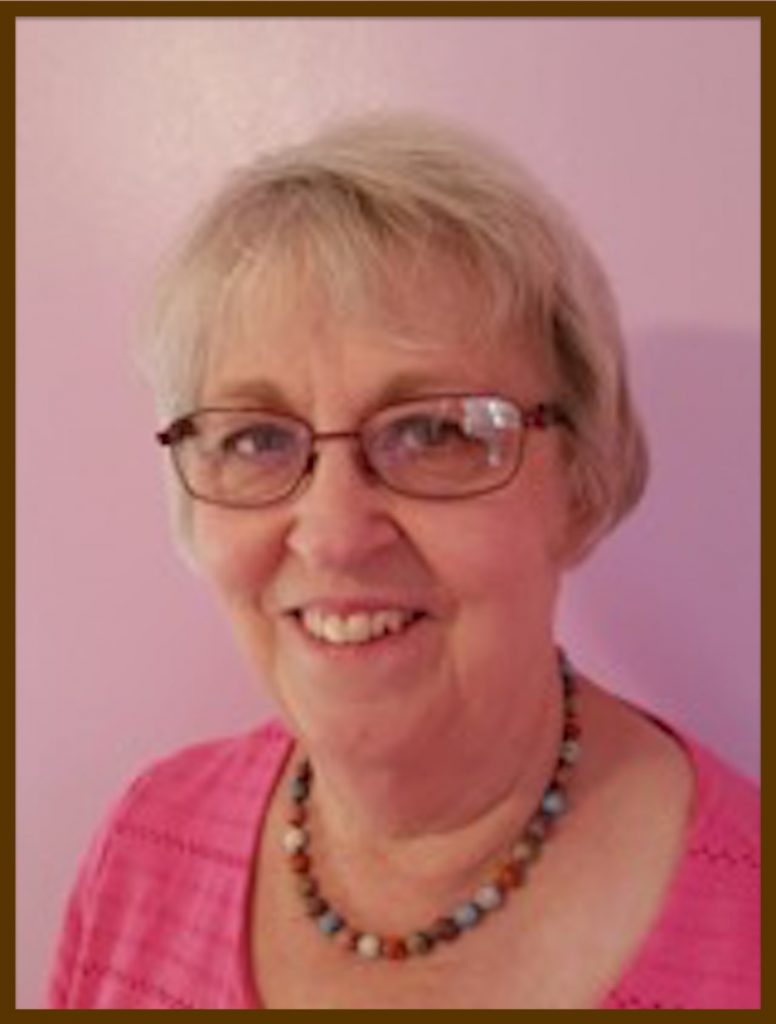 Joyce Valdois Smith is our author guest this week. She writes historical romance and children’s picture books. (Valdois is her maiden name, which she figures makes Joyce Smith a little more distinctive.)

Joyce, I understand where you’re coming from. Davis is a very common name. And Linda? Forget about it! It was the most popular name in the U.S. Census the year I was born, so there have been Lindas everywhere I’ve gone. Until it “aged out,” that is.

Readers, Joyce is offering *Romance Along the Rails as a giveaway–print or digital, winner’s choice. So scroll down and join the conversation, everyone.

Now, Joyce Valdois Smith in her own words …

Who Is Joyce Valdois Smith? 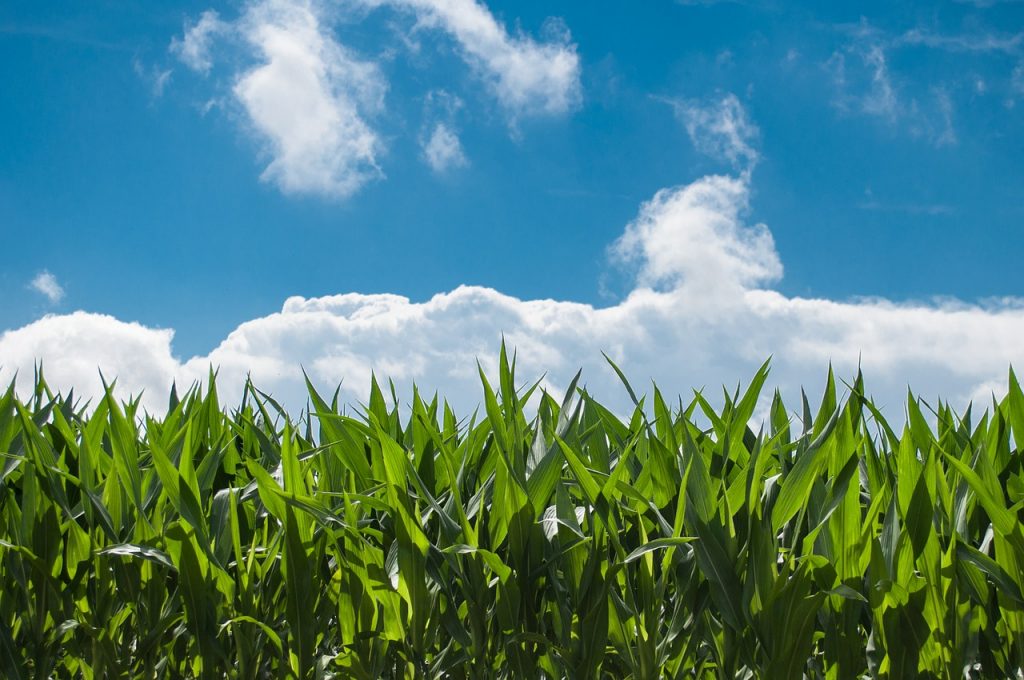 I grew on a wheat farm in Kansas, the youngest child in the family with three older brothers. I graduated from nurses training and attended one year of Bible College before I married my soulmate, Bob. We have four married children and twelve amazing grandchildren. I worked as a Public Health and School nurse then retired to care for my parents. My father had Alzheimer’s Disease. 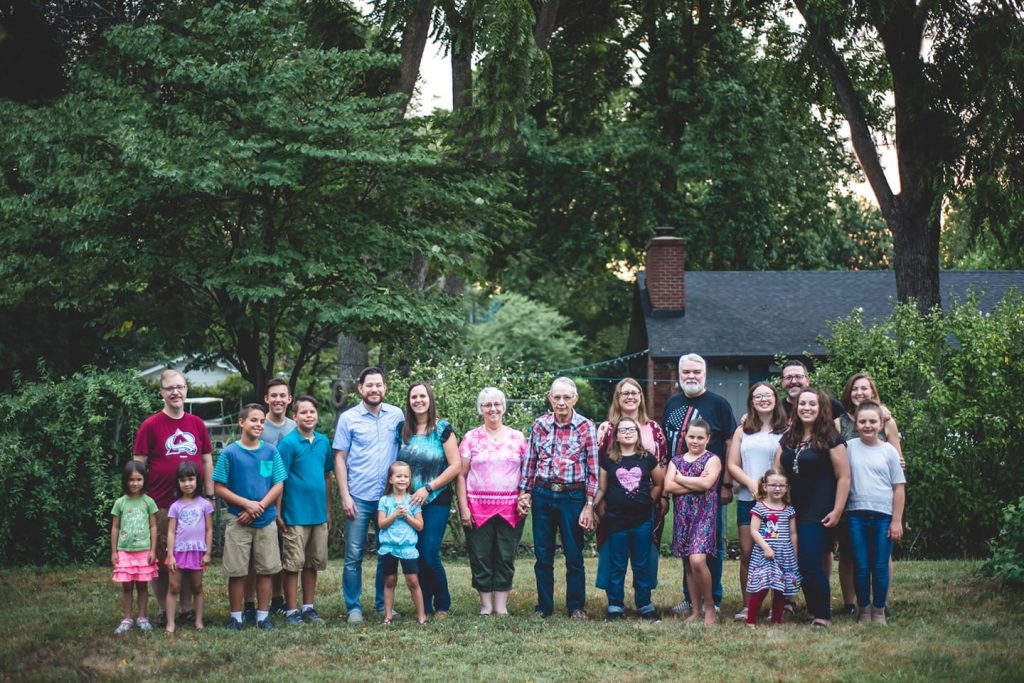 I began to write when I was about 40 years old. I took the writing course, Institute of Children’s Literature, and joined a small writer’s group. I also began my first novel based on the Harvey Houses along the ATSF railroad and the Harvey Girls. 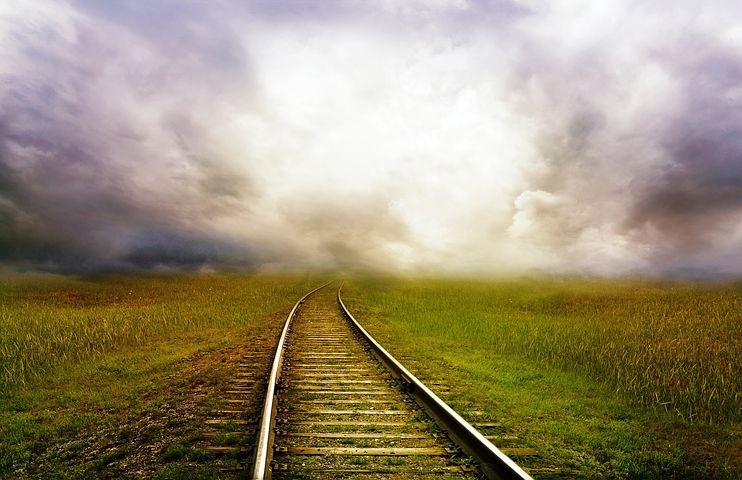 At the PIW writer’s conference in Tulsa, Oklahoma, Multnomal Press offered me a contract. But due to the pressures of caring for my parents and fear of not meeting the deadline, I broke the contract! I later finished the novel, which I entitled “Tables on the Prairie”, but after many discouraging rejections and life trials, I quit writing for about 15 years. 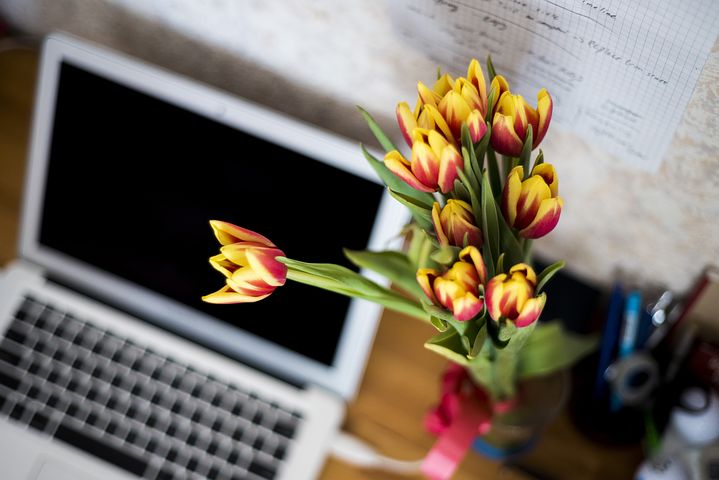 My books and stories waited in my computer. In the summer of 2015 my son encouraged me to begin writing again. I revised and edited my historical romance novel, and it was released in January 2018, Romance Along the Rails.

Some Tidbits About Joyce’s Books 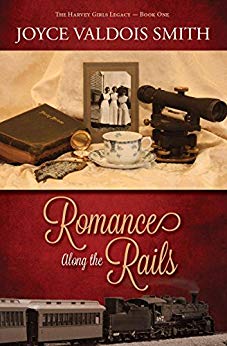 Grandpa Forgot My Name, in November 2017. I had written it as a memorial to my father and my husband’s mother who both died of Alzheimer’s. My desire is that it will help children, who have loved ones with dementia, deal with the disease.

I also have other children’s books waiting to be published. The next one, A Christmas Treasure Hunt, should be released in November  2018.

My favorite Bible verse concerning my writing is Habakkuk 2: 2-3.

“And the Lord answered me, and said, Write the vision and make it plain upon tables, that he may run that readeth it. For the vision is yet for an appointed time, but at the end it shall speak, and not lie: though it tarry, wait for it; because it will surely come, it will not tarry.” (NKJV)

The Lord gave me this verse when I was so discouraged about ever being published. His timing is always right. Never give up on your dreams.

How to Find Joyce and Her Books 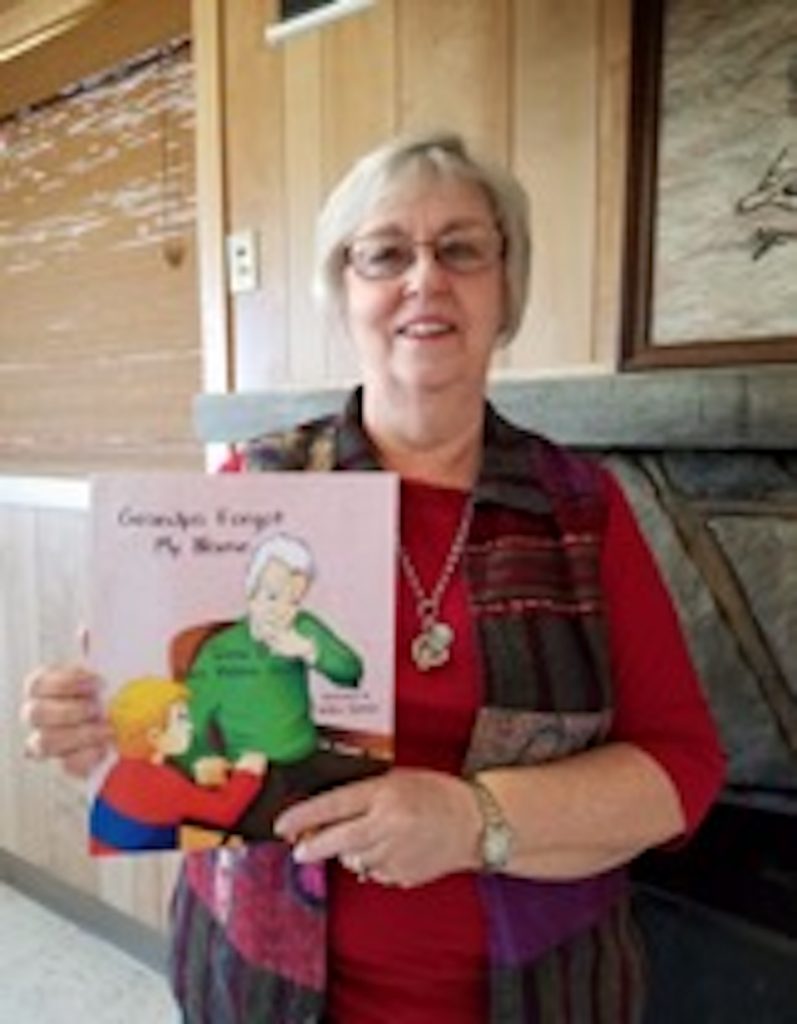 Romance Along the Rails 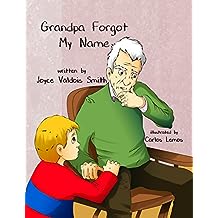 Lord, we applaud and praise You for always showing up at the right time. We frail humans are persistent in our expecting Your answers in OUR timing rather than Yours. Thank you for proving Yourself faithful in Joyce’s life–and in our own–even when we struggle to force Your time clock to match ours. Now, would you bless Joyce as she endeavors to be a faithful witness to Your goodness?
Bless every single word she writes for You.
~ For Jesus’ sake 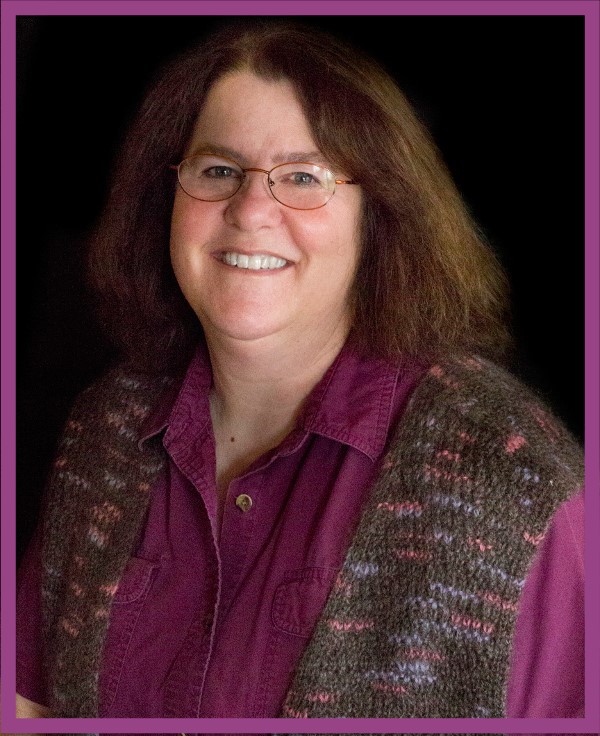 Pegg Thomas is standing in our author spotlight this week. Welcome to our circle, Pegg!

Romance writer Pegg hails from Michigan’s Lower Peninsula and loves horses. Matter of fact, she’s giving away one paperback copy of The Pony Express Romance Collection to one reader who joins our conversation below. Just mention something about horses–one you have owned, what you like about them, or maybe some experience involving a horse–and you’re entered.

Who Is Pegg Thomas? 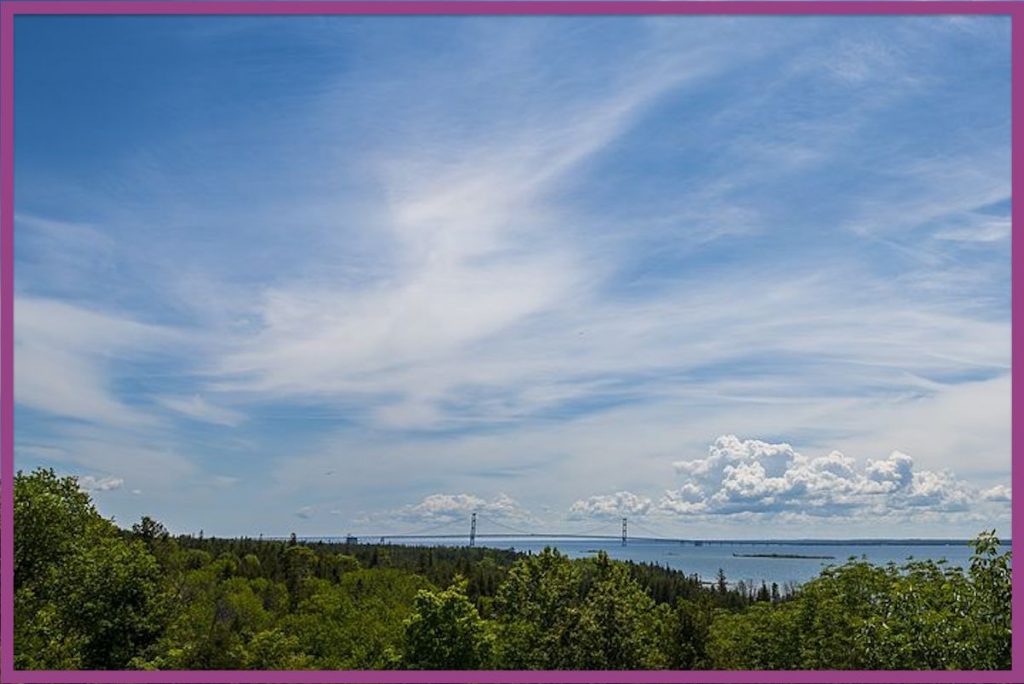 My name is Pegg Thomas. Yes, that’s with two ‘g’s. My brother is Greg, although our mom originally spelled it Gregg. I guess she had a thing for names ending with double consonants.

I live on a hobby farm in the northeastern part of Michigan’s Lower Peninsula. We love everything about the Great Lakes, and one of our favorite pastimes is watching the giant freighters float by. 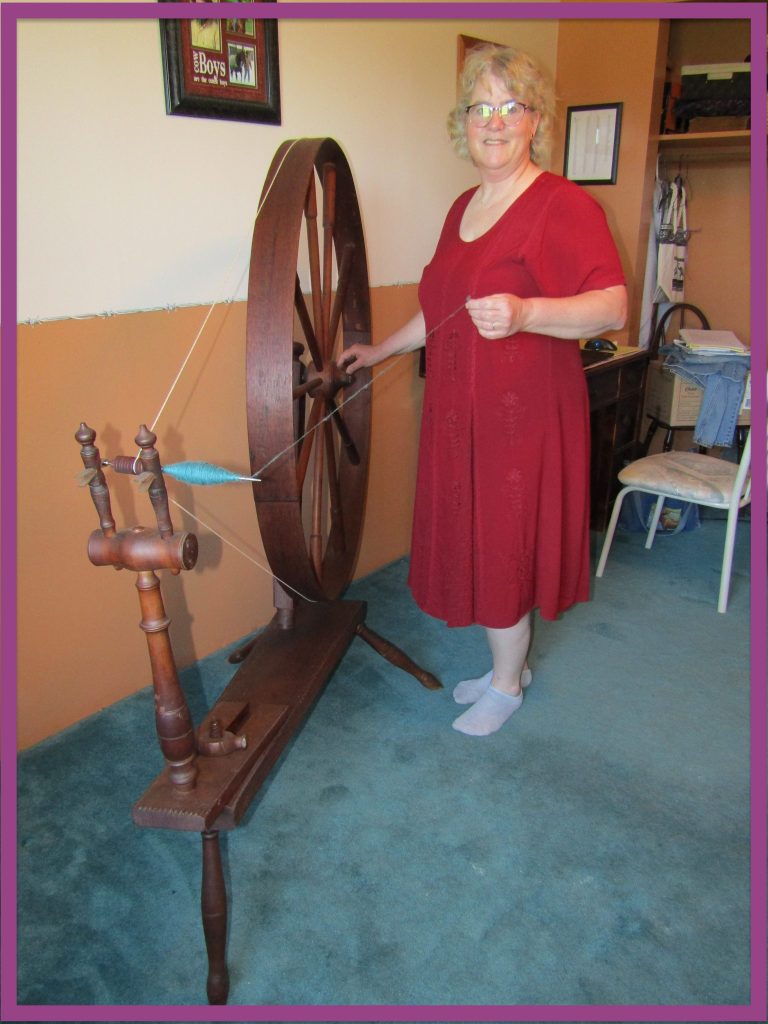 My husband and I raise sheep and chickens, garden, and keep a small orchard of trees and berry bushes. I’m also a hand spinner and love to create beautiful garments from our sheep’s wool.

What’s Up With Pegg Thomas at Present?

Besides my own writing, I’m the managing editor for Smitten Historical Romance, an imprint of Lighthouse Publishing of the Carolinas. I guess you could say that I keep busy.

Speaking of busy, I have a new book coming out in November. While I’ve been published in three previous Barbour historical romance collections, this one is near and dear to my heart because it was a project that I organized and presented to Barbour for publication. I was thrilled when they contracted it! The title is The Great Lakes Lighthouse Brides Collection. Yes. It does fit with my passions in life. 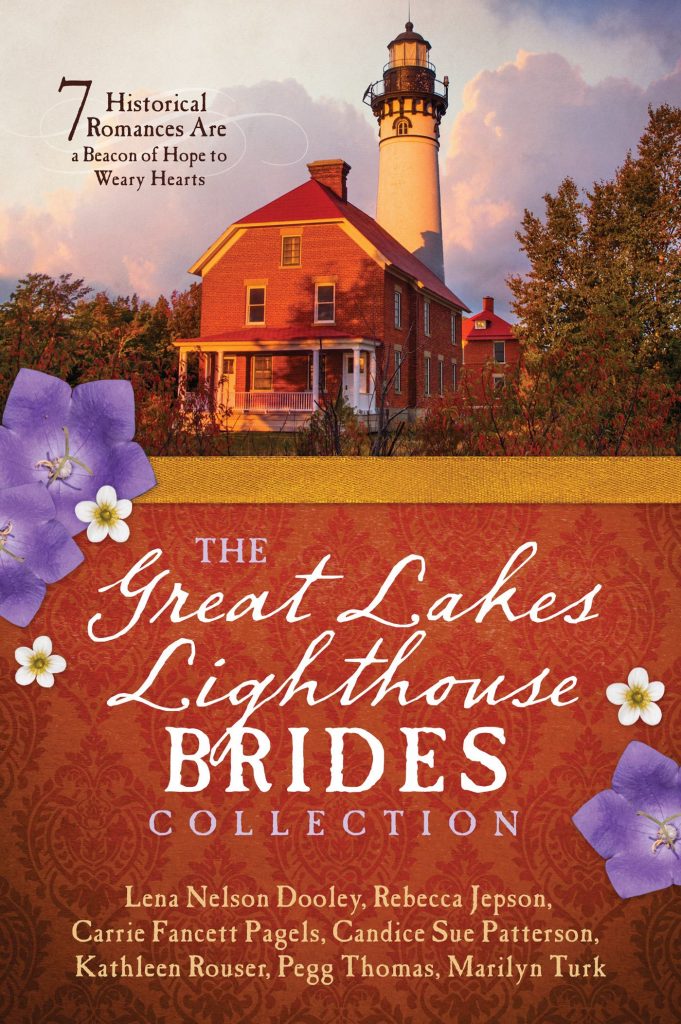 A Bit About “Anna’s Tower” by Pegg Thomas

My story in the collection is “Anna’s Tower” and takes place almost in my backyard, on Thunder Bay Island. There was a fairly well-known shipwreck that happened right off the island on a foggy fall night in 1883. I decided that my hero would be a stowaway aboard the James Davidson. Once I knew that much, I needed to figure out who would want to stowaway from Buffalo, New York, to Duluth, Minnesota, in 1883.

A little research led me to Russian immigrants who were fleeing the pograms, the Russians’ attempt to exterminate the Jewish race. Great! Except for one little thing … I knew less than nothing about Russians of that time period. I dove into my research at about the same time all the Russian collusion stories started clogging up the news feed. I’m pretty sure I’m on some government watch list by now, but that’s a risk we authors have to take for our craft, eh? 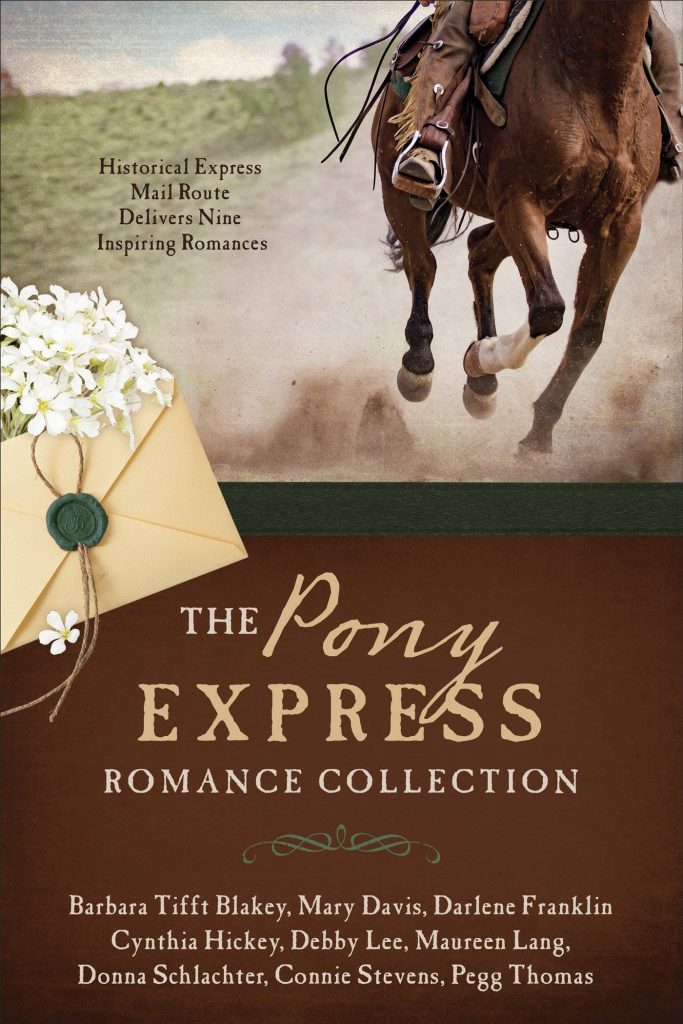 While The Great Lakes Lighthouse Brides Collection doesn’t come out until next month, I’d love to give one paperback copy of The Pony Express Romance Collection to one of your readers who lives in the continental U.S.

As you can imagine from the title, this collection has a LOT of horses in it. I lost my old horse, Trooper, about a year ago. He was twenty-five years old. I still miss him and will always love horses. To enter the drawing, tell me about a horse you have/had or what you like about horses. 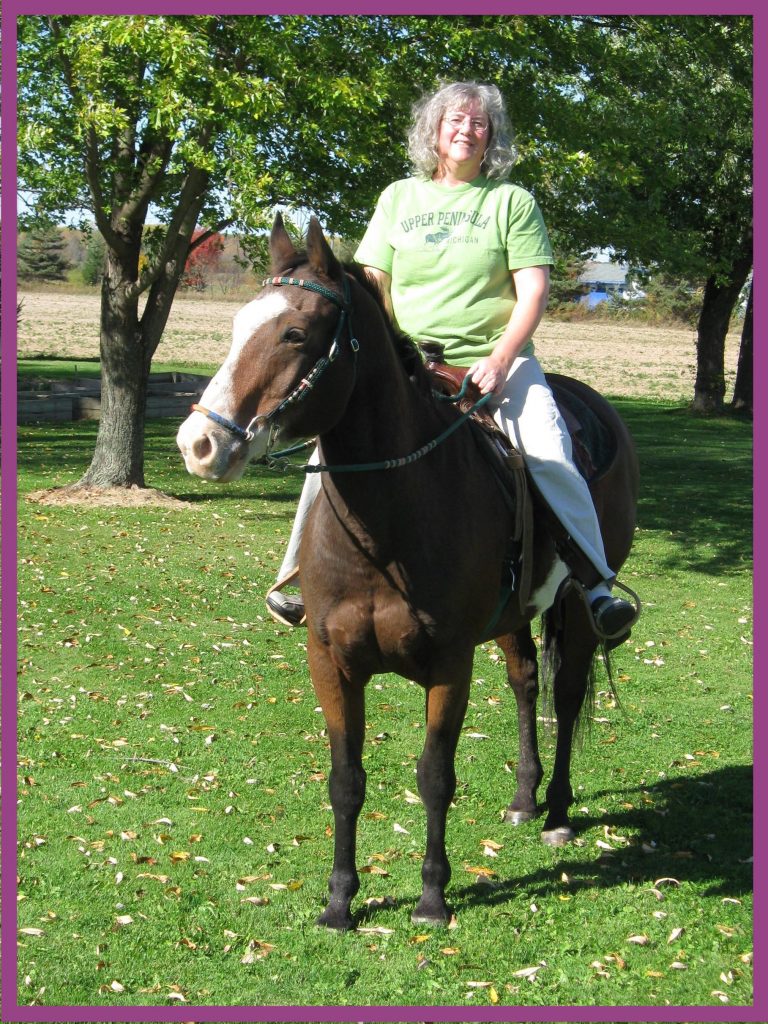 Where Readers Can Find Pegg Thomas

P.S. The winner of the drawing for Pegg’s giveaway is Sarah Taylor! Congratulations, Sarah!

Lord, we readers and writers come into Your presence grateful for the gift of language, whether written or spoken or symbolized in other ways. The words we read and write will someday pass away. But You, the Eternal Word, will last forever. We pray You will use the words we read, speak, and write to reveal a bit more about Yourself. Draw us ever closer to You through Your Word. And please bless each word Pegg writes for You.
~ For Jesus’ sake