Three centuries ago a Scotsman from a common background, a young 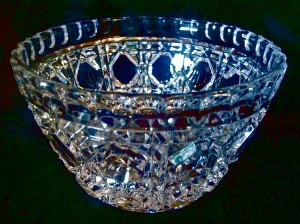 man with an uncertain future, met an Irish heiress to her father’s glass fortune. As this couple’s fifth great-granddaughter, I can only imagine how their love story might have begun …

Rebecca Boyd knew she should not stand so near to the man, but she found Archibald McKaughan, her father’s newest glass factory employee, more than handsome. He was confident, yet deferential. Articulate, yet mannerly. And, truth be told, intriguing.

“What do you think of this design, Miss Boyd?” the man said.

She set aside a fluted bowl and leaned toward the artist standing at his drawing board, allowing herself to narrow the space between them to a 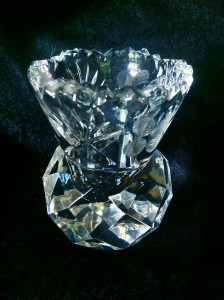 rather precarious degree. A whiff of a manly scent captured her imagination. Unlike her father Alexander’s Parisienne fragrance, it was clean and bracing, perhaps shaving soap.

“Lovely, Mr. McKaughan. Modern yet traditional for this new year of 1747.” She traced the monogram’s swirls with a fingertip. The man’s hand rested nearby, close enough to feel the warmth. “But if we’re to work together daily, please call me Rebecca.”

“And I’m Archibald.” He cleared his throat and pointed to the curl created by the interlocking initials. “I thought this appropriate for a wedding design.”

“Aye.” Her skin warmed as she considered the implications of the bride’s and groom’s initials intertwining above their soon-to-be-shared family name. 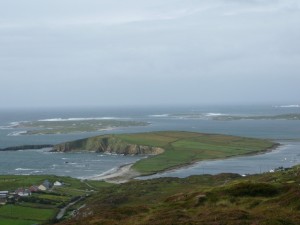 At twenty years of age, Rebecca had declined more than one suitor’s offer of courtship. For the present she was content to serve as her widowed father’s hostess and overseer of his household on Glass Island off the Irish coast near Belfast. Quite simply, she had yet to find a man she could not live without.

“The love spoon the groom is giving to his intended bears the same inscription,” Archibald said, turning his face toward her.

Startled, she pulled away. “The groom used your design for his spoon?” 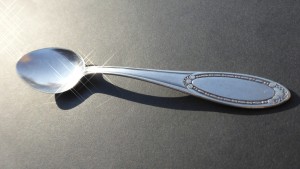 He tossed her a rueful expression. “Grooms choose to do so more often than brides would imagine.”

“How sad that a groom would present a love spoon designed by another man.”

He nodded. “You can be sure I would engrave such a spoon with my love and mine alone … if I were so blessed.”