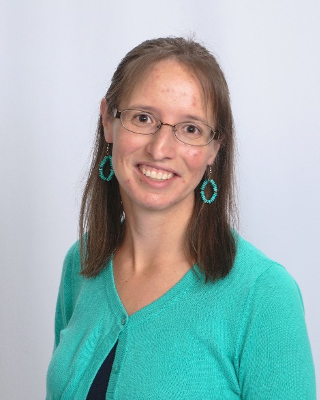 Jenny Fulton, our current chat circle guest, is a multi-faceted author with a wide range of life experiences. She tells us about them and more below. Join in the conversation, and you’re in the running for her giveaway.

I’m a citizen of a heavenly world, have traveled across the earth, and journeyed through a fantasy realm.

I was born and raised in Quinter – a small town on the plains of northwest Kansas. With a population of about 800 people, my childhood was filled with days of roaming freely about the town and countryside, climbing trees, and playing make-believe with anyone who would indulge the never-ending flow of my imagination. 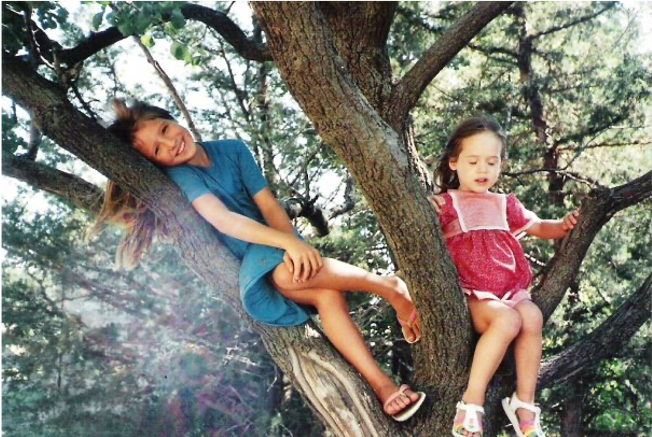 My younger sister, Holly, and I in one of our tree-climbing adventures.

With the arrival of my teenage years came also a deep yearning to travel and experience other parts of the world. After graduation, I made it as far as Omaha, Nebraska where I attended Grace University. My love for kids, cultures, and learning propelled me into the teacher education program. In addition to a degree in elementary education and the required Bible degree, I also pursued an endorsement in English as a Second Language (ESL). 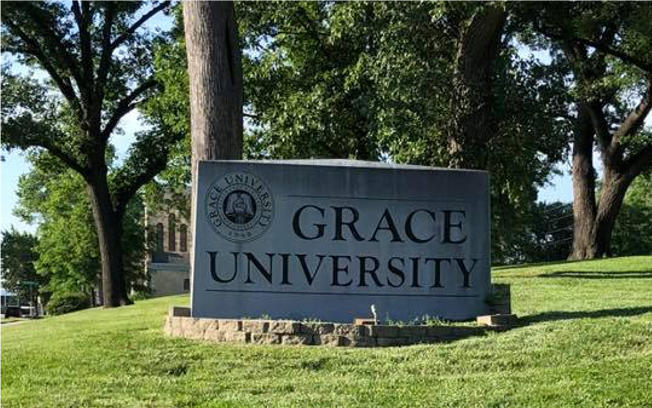 One summer, in a collaborative effect between the Teacher Education department and the Intercultural Studies program, I traveled to Mexico with others from Grace. While there, we taught English at an elementary school in Puebla, studied Spanish at La Universidad International in Cuernavaca, vacationed on the beach in Acapulco, and took classes in Cultural Anthropology and World’s Living Religions while living in Cholula.

(L) Clesta and I (on the right) taught a group of students at an elementary school in Puebla.
(R) Our barrio in Cholula with a view of the neighborhood friendly volcano, Popo.

I had tasted life abroad and longed for more. In my senior year at college, one of my advisors suggested I apply to teach in China. At the time, it was one of the few places I wasn’t interested in visiting. However, I agreed to consider and pray about it.

It’s truly incredible how God works in our hearts. He planted a love for that nation within me which grew stronger with each passing day.  After a few months and two phone interviews, I accepted a position as an ESL teacher at an International school in southern China.

(L) Hanging out at one of the malls with some of my fellow teachers.
(R) Hiking in the Western Hills just outside the city.

I lived in China for three years and loved it. While there, God stretched my faith and perspective. He put me in positions of complete vulnerability and showed me His strength in carrying me through. I witnessed people in poverty praise God with all their heart, beheld the steadfast love of those who served them, and experienced the vitality of a Christian community committed to serving God and others each and every day of their life.

In addition to the day-to-day cross-cultural living, being in China opened up other opportunities to travel. I went to Singapore with the volleyball teams, vacationed in Thailand, embarked upon a day-trip in South Korea, and visited my youngest sister in Hawaii. While there, I snorkeled in crystal clear waters, climbed and jumped off cliffs, and swam in the pool of a hidden waterfall.

My days in China ended when I came to the realization that my American debt made it unreasonable for me to continue working overseas.

I then pursued and achieved another dream: to live and teach on the Navajo Reservation – the land of my ancestors. Unfortunately, it turned out to be an extremely rough year. Every day felt as though I was immersed in a great spiritual battle. Although God was with me and sustained me, I was drained. I stayed only a year and then moved most of my belongings to Albuquerque. But first, I flew to Alaska with a friend to explore the state.

(L) Megan and I in front of Denali National Park. (M) Kayaking in the ocean near Seward.
(R) Deep-sea fishing hours away from the coast of Homer.

That trip was incredible, but I was tired. I’d had my fill of living and traveling alone. I had accomplished everything I’d set out to do. For the first time in my life, I didn’t have a goal.

A month later, I met John. A mutual friend connected us after she learned I needed a guy with a truck to help me move the rest of my furniture from the Reservation. John happened to be available. We met in August, began dating in October, were engaged in January, and married in June.

I was given new life and with it, a new dream. Although I’d always enjoyed writing and had been posting short stories online, I’d come to believe that writing and publishing a book was too lofty a goal.

When our first child was a year old, I stopped teaching and began applying for freelance writing jobs.

This is when God made my impossible possible by means of a young man named Eric. There was a story Eric had wanted to write for years but hadn’t been able to. After several conversations with me, he was convinced I was the person God had called to turn his vision into a reality. 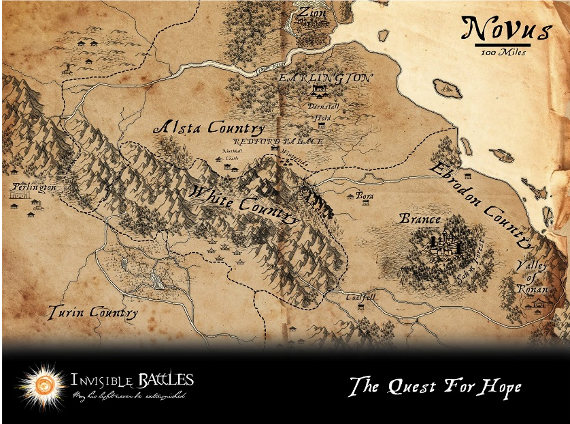 It’s hard to say no to something like that, so, after discussing it with God and John, I said, yes.

And thus, our partnership began. Eric had developed the fantasy world, the types of creatures, and the overall concept. The story would allude to Biblical principles without using Christianese terms.  That’s where I came in. Using the pieces Eric had in place, I developed the characters and plot necessary to bring his vision to life. 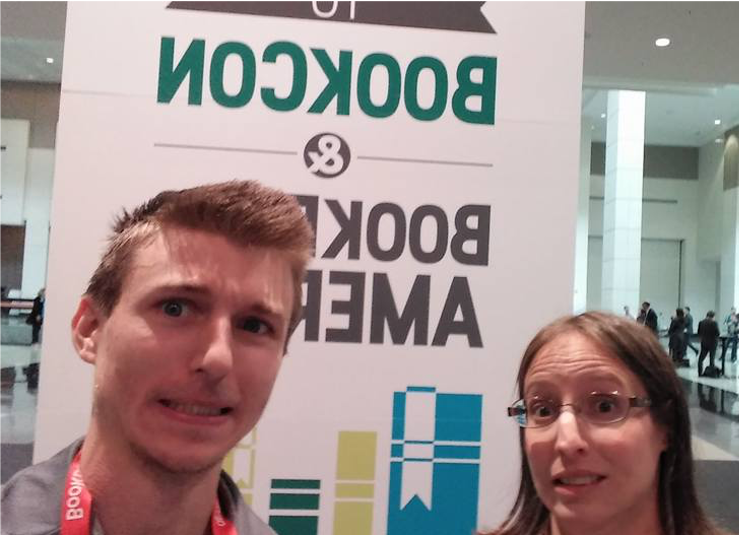 After months of writing and checking in to ensure the story aligned with Eric’s vision, it was finished. Several months later, after receiving input from beta readers and making significant revisions, it was published. By this time, the book had become as much a part of my heart as it was his. The characters and their struggles were as dear to me as the people in my life. 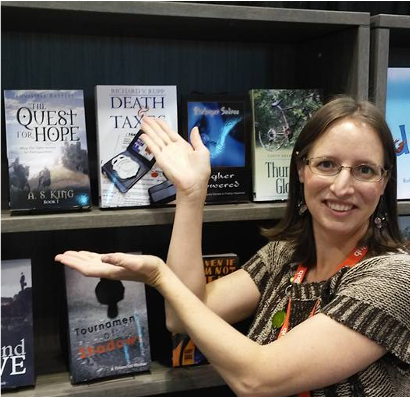 My endeavors to travel the natural world had ended, but my ventures through the world of writing had just begun.

These days, I’m a blogger, author, freelance writer, and stay-at-home mom to my three beautiful daughters. I’m currently working on a non-fiction book, a children’s picture book series, keeping a sharp eye on my baby, and potty training my 3-year-old. I’m navigating through Coronavirus distance learning with my 6-year-old. Although she is enrolled in a Christian school, we’re back to doing school at home like everyone else right now, most of it online. In this way, the wonders and adventures of life continue, even if they’re more centered within my home than beyond it. 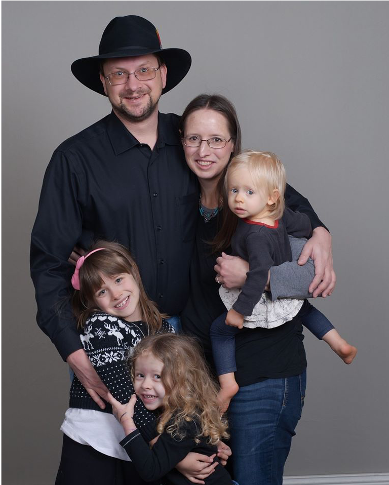 Invisible Battles: The Quest for Hope 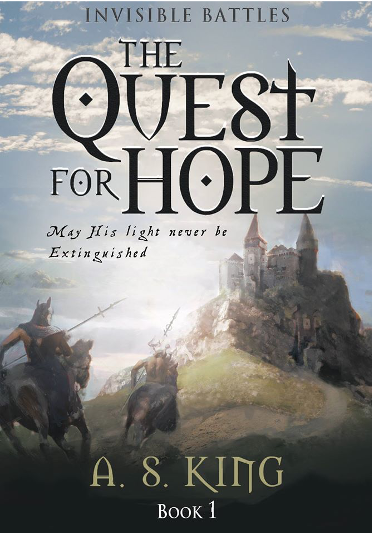 Written by Jenny Fulton in collaboration with the vision of Eric Griffin
(under the inspiration of the High King).

In the newly created land of Novus, a powerful and immortal being known as the Dark One has all but succeeded in erasing the name of the High King from the hearts and minds of the people. The battle, however, is far from over. Unbeknownst to the Dark One and his minions of Chashaks, the High King has been at work among a loyal group of followers. Now he is ready to make his move.

Invisible crystalline beings known as Erela are being sent out across the land to seek out those who are willing to play a part in this unfolding story. Among them a young apprentice named Levi emerges. Although he never traveled beyond the borders of his own home, Levi sets out on an important and dangerous mission. In another part of the kingdom, Aliatta, a proud young royal, is about to have her safe and comfortable world turned upside down. Seemingly opposite in almost every regard, these two young people soon find their lives intertwined in a cosmic quest for hope and truth.

Lord, please bless each word Jenny writes for You.
~ For Jesus’ sake