Elaine Manders delights readers with her historical romances. This week Elaine tells us about her latest release, Revealed, Book 3 in her Intrigue Under Western Skies series. Be sure to check out her giveaway offer below. 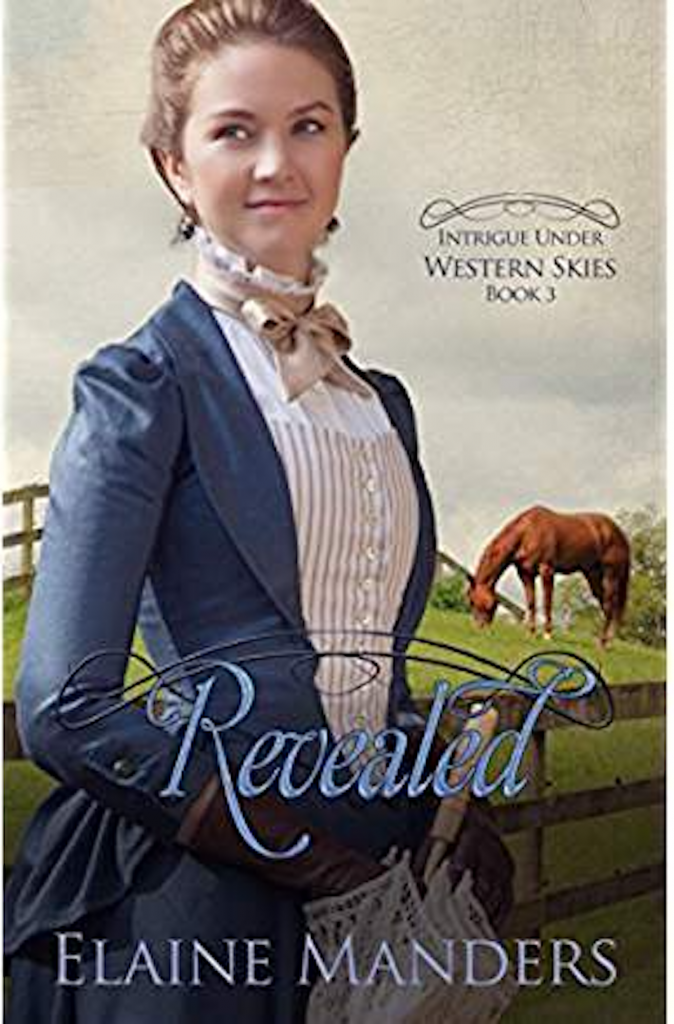 I wrote Revealed to answer an unresolved mystery from Books 1 and 2. What happened to Rhyan Cason’s mother? And to give Colt Holliman (Rhyan’s friend) a love interest. The spiritual themes are judgment and forgiveness.

As with most of my stories, unseen enemies, physical and spiritual, hound the protagonists, but they aren’t revealed until the end. 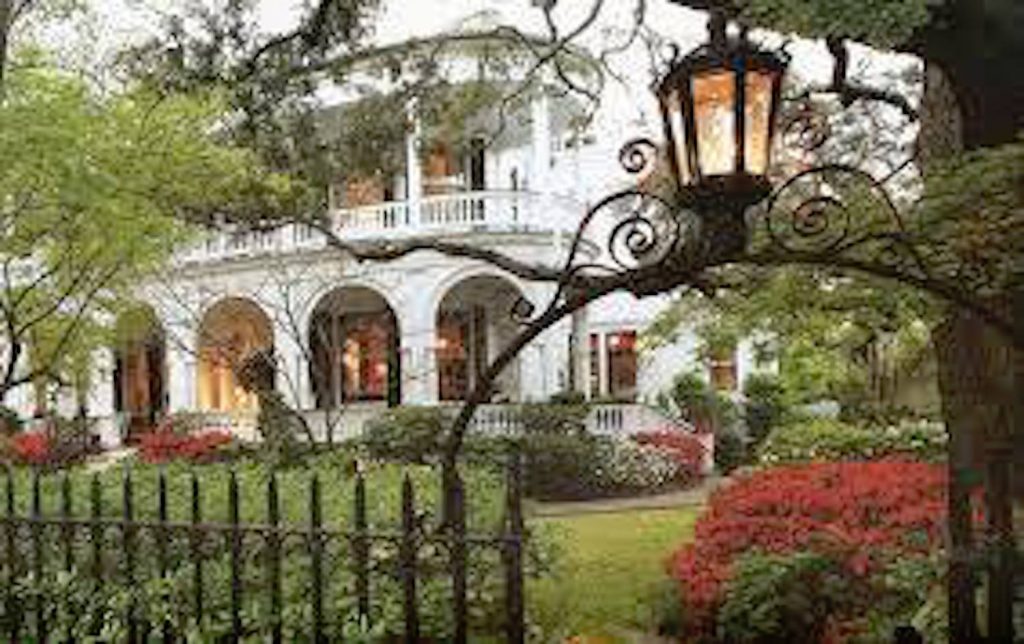 The story opens in Charleston, South Carolina, where Katherine Levinson has led the idealistic life of a post-civil war Southern belle until her father dies unexpectedly.

Katherine and her gravely ill mother lose their home, and, behind her mother’s back, she contacts the brother she’s never met, Rhyan Cason, the famous cattle baron.

When they move to Nebraska and Rhyan’s sprawling ranch, Sollano, questions arise over Katherine’s legal status as an heiress to the Cason estate. Old sins are uncovered, turning the townfolk against Katherine and her mother. 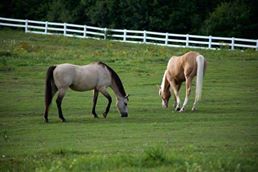 No one understands Katherine’s resentment and confusion except Colt. His modest horse ranch, the Double Bar H, appeals to her more than Sollano’s opulence. 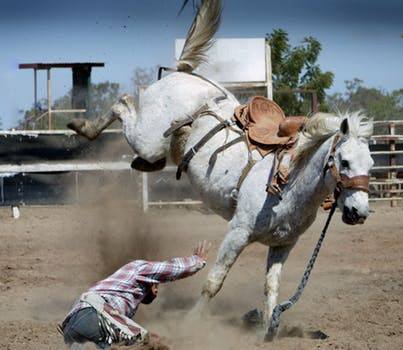 Their attraction grows, and Colt finds himself spiritually conflicted. He has promised to wait for another woman to finish her contract with the Wild West Show to announce their engagement. Following his heart would require him to break that commitment, but a sense of honor holds him back. In time, he realizes withholding his true feelings is a form of dishonesty that leads to dire consequences.

I can’t go any further into Revealed or I might give the plot away. I will say, Colt and Katherine are drawn together and face an unexpected danger that tests their love and their faith in God, and a prairie fire is a part of that danger.

One of the greatest joys of writing a new book is discovering a new spiritual truth—something that jumps out at me unexpectedly. This is the lesson I found in Revealed. Katherine is explaining to her friend, Maggie, why she won’t judge others, even those misjudging her. “We don’t have the ability to judge others, Maggie. When we do, we’re playing God, and that’s a dangerous thing to do.” 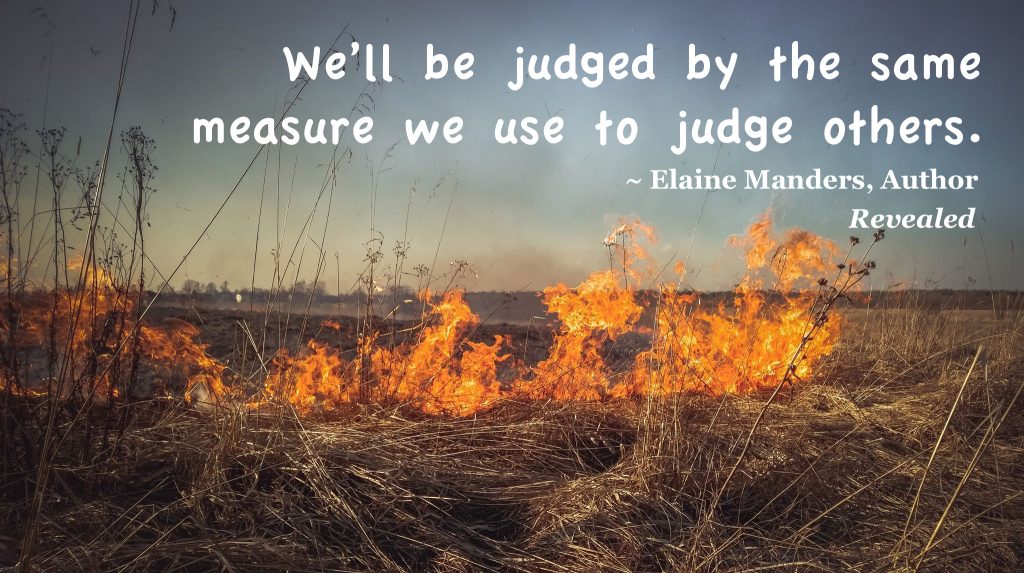 That was a real eye-opener for me. Yes, I’d always known it was wrong to judge others, even though we have to consider their fruit, but I never asked, “why?” It’s obvious, isn’t it? We can’t see into a person’s heart. We don’t know their background—and more important—we don’t know God’s purpose for them. In other words, we can’t play God. And it is dangerous, because the Bible says we’ll be judged by the same measure we use to judge others.

A Giveaway from Elaine Manders

Join our conversation below, and you’ll be entered in Elaine’s drawing for a $10 Amazon gift card. We’re looking forward to your comments!

How to Find Elaine Manders 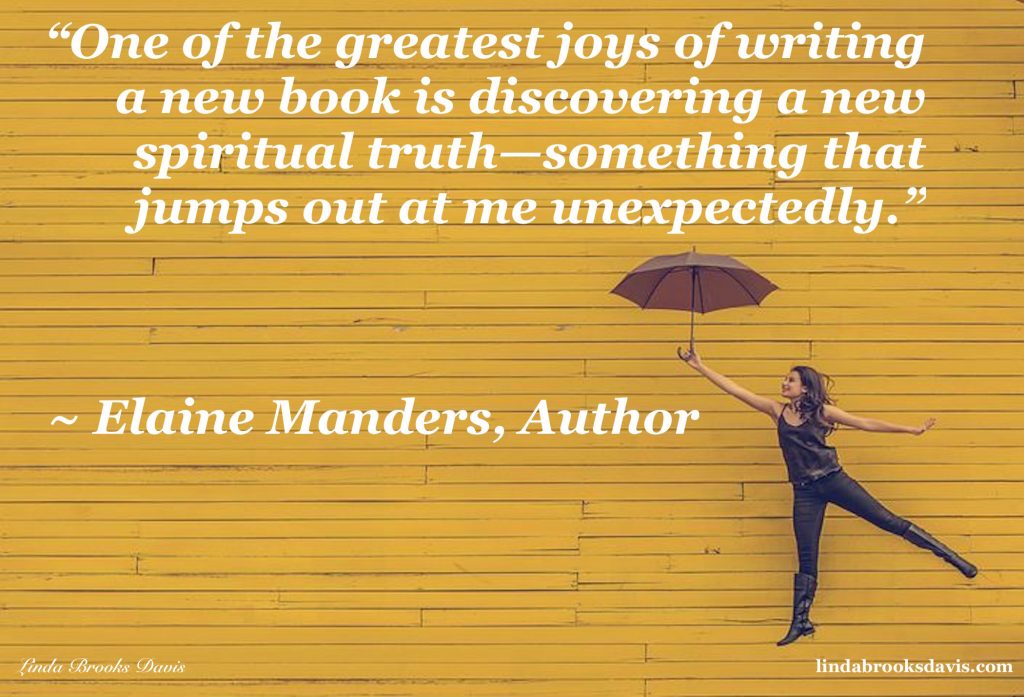 Father God, You are the Creator, the Sustainer, and the only wise Judge. We confess we often attempt to act as judge in Your place. For this we ask Your forgiveness. We’re thankful for Elaine’s novel, Revealed, which entertains, enlightens, and convicts. Please bless every single word she writes for You.
~ For Jesus’ sake