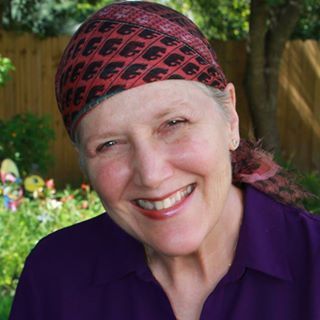 Prepare to be blessed. Multi-published author Kelly Irvin writes Amish stories that never fail to surprise and delight. Gather ’round for tidbits about her latest release, Beneath the Summer Sun.

**Kelly is offering a print copy of Beneath the Summer Sun to someone who joins our chat below. **

**Congratulations to Jackie Tessnair, winner of the drawing for a print copy of Kelly’s Beneath the Summer Sun!** 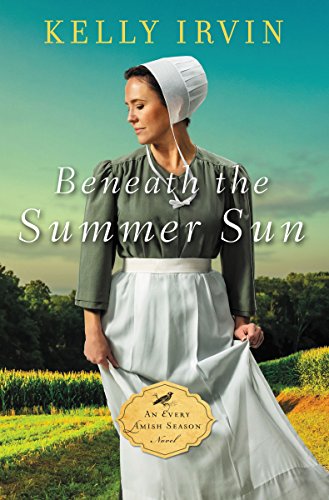 Jennie Troyer, the heroine in my new release, Beneath the Summer Sun, took me by surprise. She had the audacity to have a mind of her own. I’m a seat-of-the-pants writer, so it’s not unusual for me not to know what happens between the beginning and the end of my stories. That’s part of the fun. But Beneath the Summer Sun is different. I thought I knew how Jennie’s life would go. She’s a thirty-seven-year-old widow raising seven children on her own. I thought I knew what was best for her, but Jennie had other plans.

The Birth of Author Kelly Irvin’s Every Amish Season series 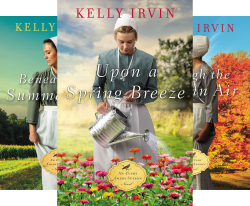 First, here’s a little backstory. This series, Every Amish Season, will encompass four books, one for each season—of the year and of life. The series had its birth in a blurb in The Budget newspaper in which an Amish scribe listed the annual statistics for her district: births, deaths, baptisms, graduations, weddings, etc. She included the number of widows and widowers with these other important statistics. She singled them out.

This made me try to imagine what life would be like as a widow in a community built around husband-wife-family. (Click to Tweet!) So from my fevered imagination came Every Amish Season. The series focuses on four widows in Jamesport, Missouri, who become close friends and support each other in this unexpected season in their lives. 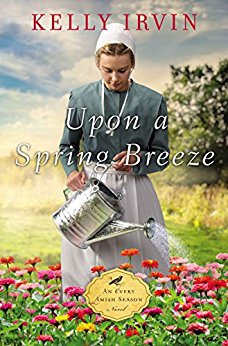 Upon a Spring Breeze begins with twenty-something Bess, a pregnant newlywed who faces a terrible tragedy. I knew where the story would go when I started writing.

Same with Jennie in Beneath the Summer Sun. She would have her second chance at love. At first, she wants no part of it. That’s understandable. She harbors a terrible secret from her first marriage. (Click to Tweet!) Snake-bitten, she’s afraid and feels guilty. Jennie wants to make it on her own, even though the district elders and her family want her to marry again. She’s still young. Her children need a father. Although she understands these facts, her heart is dead-set against it.

I knew all this when I started writing. But I didn’t know how much her story would affect me. The choice she has to make is as hard for me as it is her. Both men who profess to love her have good hearts. I also see a lot of myself in Jennie. I didn’t have good role models growing up and distrusted love. As a child, I watched difficult relationships limp along on the verge of shattering, but never quite exploding. (Click to Tweet!) I didn’t want to live like that. As I wrote Beneath the Summer Sun, I found small details from my childhood slipping onto the page. They’re woven into the tapestry as Jennie’s troubled marriage is revealed.

From Beneath a Summer Sky by Author Kelly Irvin 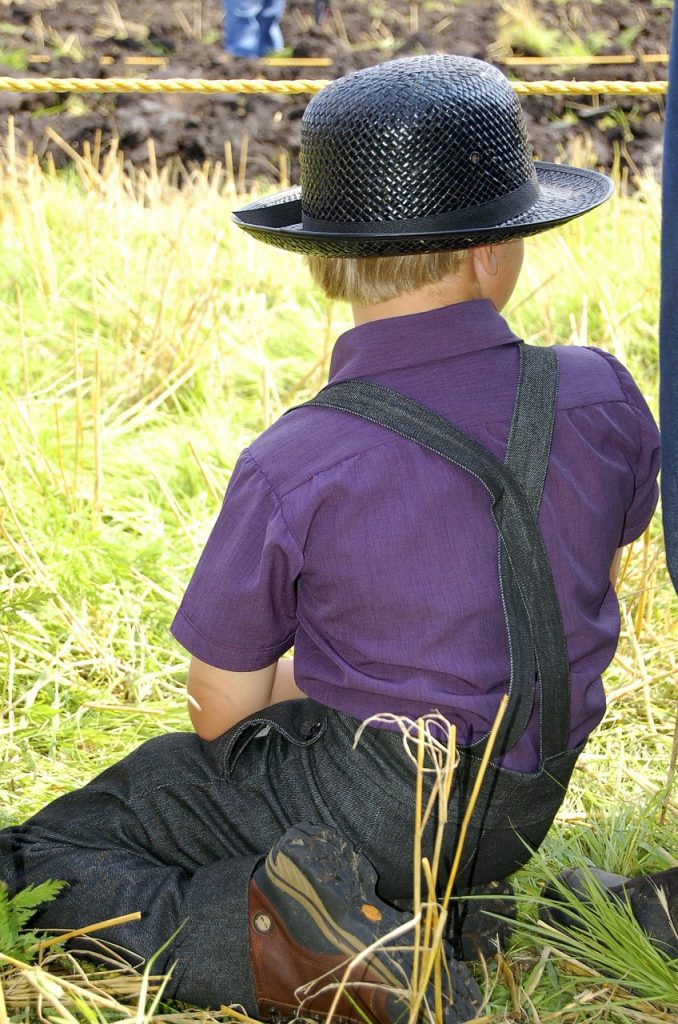 “The kinner were afraid of him. They were always tiptoeing around him. They never knew what might set him off. A rip in their clothes, a kapp not properly starched, a chore not done to his satisfaction.” Jennie’s stomach lurched just as it used to do when the thunderclouds gathered, dark and fierce, in Atlee’s face. She put her hand to her mouth, willing her stomach to settle. She breathed and let it drop. “Too much noise at the supper table. The clicking of the fork on the plate when they cut the skin on the sliced tomatoes bothered him. I started peeling them before I served them. Chewing too loud bothered him. Cold food and food too hot or meat too tough set him off. Crumbs on the floor that didn’t get swept up.”

Early memories of not so blissful matrimony colored my view of love and married life. (Click to Tweet!)  I wanted both, but I made terrible choices and they never worked out. When I turned thirty, I decided God didn’t intend for to me to marry. I should be happy in my single status. God had other plans for me. That year, 1988, I met the love of my life. Next month we’ll celebrate thirty years of marriage. The things I learned as a child about the complicated dance between men and women, I’ve applied to my marriage, to parenting, to loving, and to my stories. 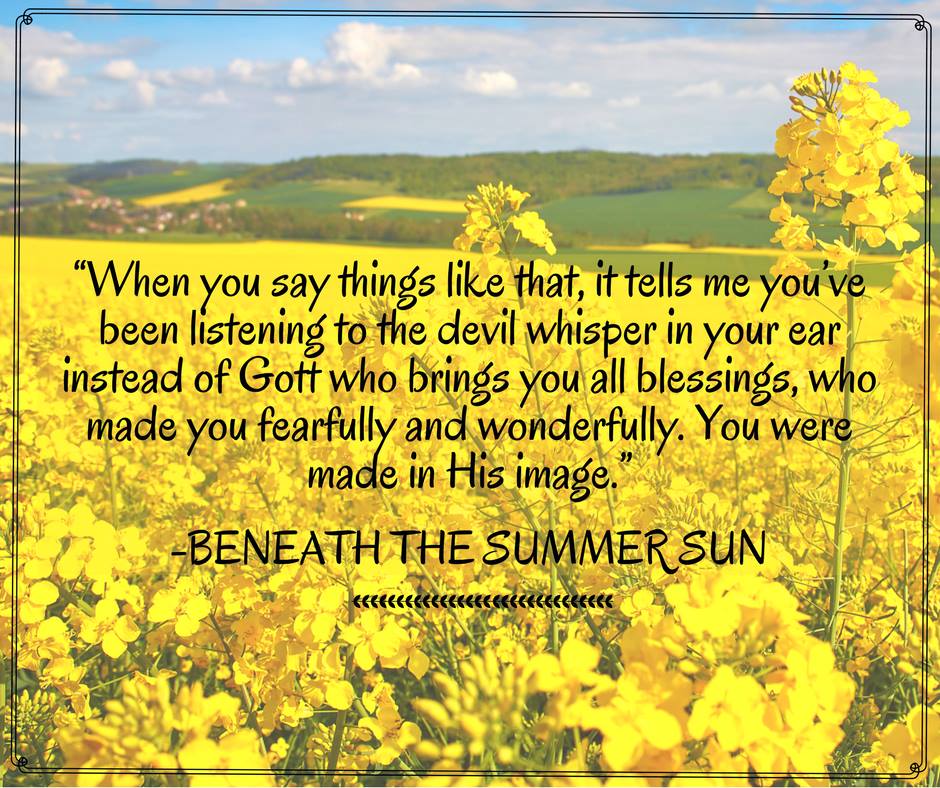 Jennie can’t understand why she had to suffer. Likewise, I often felt the same way. God could have given me a “normal” childhood. However, the question is whether we believe God is good. I do. Also, do we believe Scripture that says in all things, God works for the good of those who love Him? (Romans 8:28) I do. As hard as it is to go through these experiences, they give us character, empathy, and compassion.

“See, I have refined you, though not as silver; I have tested you in the furnace of affliction.” Isaiah 48:10

As Jennie learns, God knows what He’s doing. I’m reminded often of the saying, “God permits what he hates to accomplish what he loves.” Because of life experiences, I know He is the God of all comfort. I’m able to give comfort to others through Jennie’s story. (Click to Tweet!) In the end Jennie makes her choice. It’s not the choice I thought she would make, but maybe she’s even more like me than I realized.

Finally, I hope Jennie’s story will resonate with readers. It wasn’t an easy one to write. But Beneath the Summer Sun is a story of second chances and hope. We can use both.

Lord, You invite us to taste and see that You are good. Only You can blend the perfect balance of sweet, spicy, and tart that makes us Your unique creations. As readers and writers, we ask You to utilize the avenue of Christian fiction to communicate Yourself in myriad ways and to make You sweet on our tongues.
Bless each word Kelly writes for You. ~ For Jesus’ sake

This week Mary Hanks treats us with a chat about her yummy Christian Romance & Marriage novels. Mary’s name appears on several books, each as beautiful as the former.

You’ll want to get to know this author, so join our chat. Mary’s offering a give-away: all 5 ebooks in the Second Chances series. So be sure to comment below!

I am a firecracker, born on the 4th of July! When I was little, I thought the fireworks were all for me. Boy, was I disappointed to learn the truth! 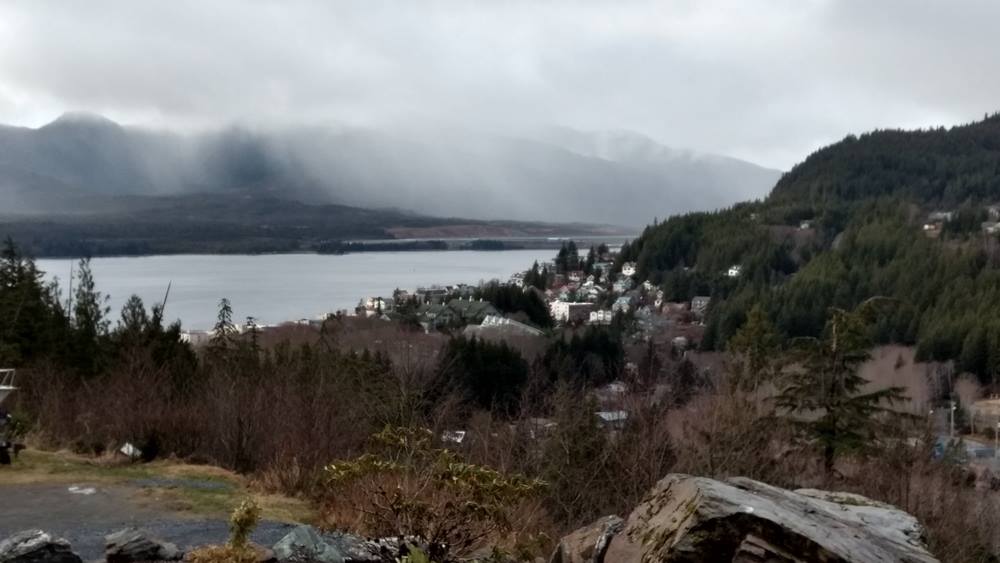 Also, I consider myself an Alaska Girl. Even though I haven’t lived in the “last frontier” for quite a few years, its raw beauty still dwells in my heart. I love nature, whether hiking in the woods or traipsing across miles of beaches, and I’m sure that originated in my Alaskan experiences. 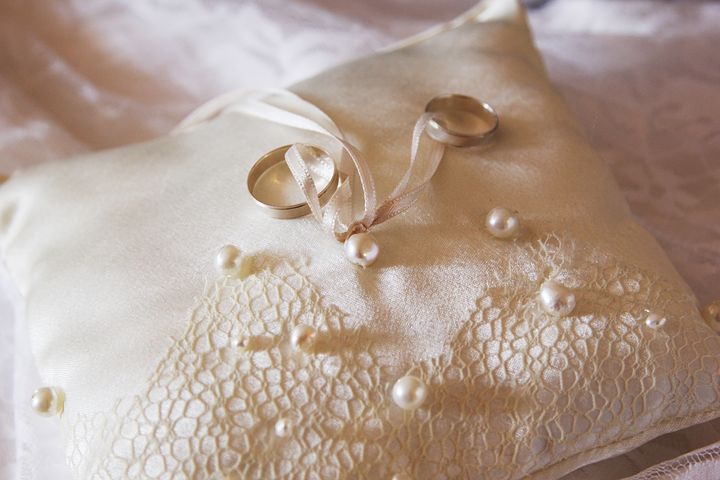 My earliest dream was to be a wife and mom. This year, Jason and I celebrated our forty-second anniversary. And I’m blessed with four kids, who are grown and on their own exciting journeys. So my dream definitely came true!

My second dream was to write books. I’m living that adventure right now.

How it all Began for Mary Hanks 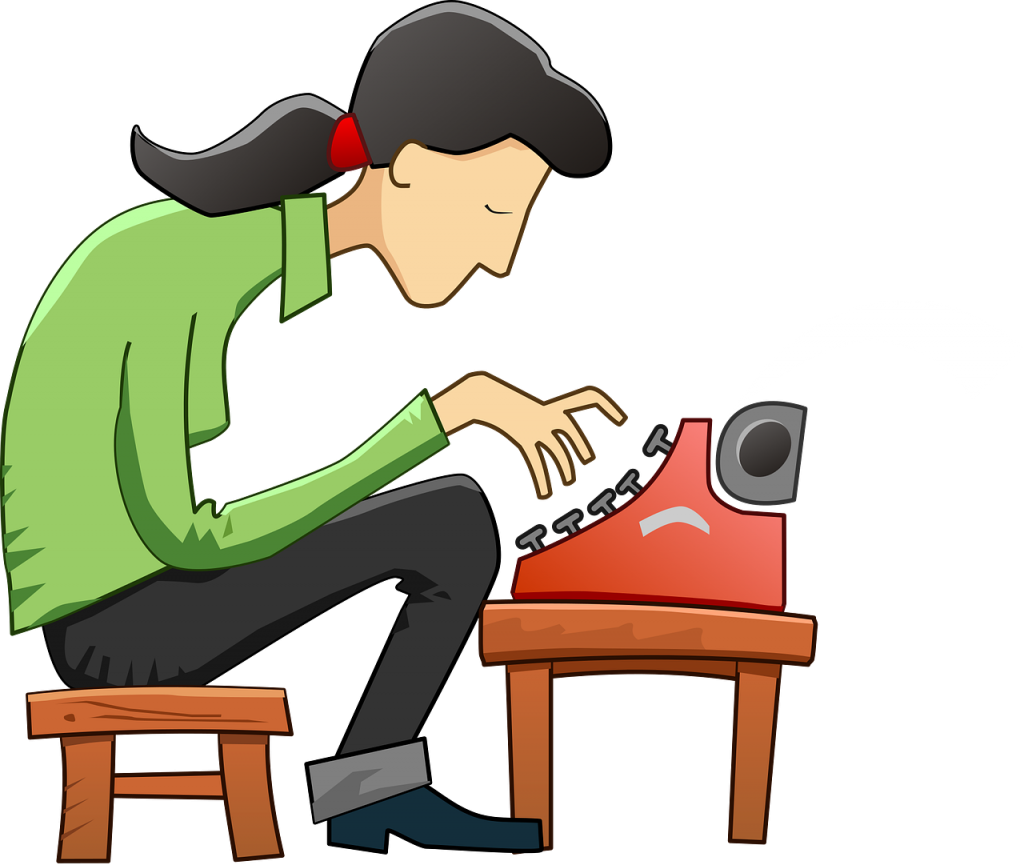 When I received a typewriter for Christmas, at age thirteen, I began writing a book—a Walton’s-esque tale I never finished. But even our early attempts at writing are stepping stones in our path toward becoming an author.

At fifteen, I had the opportunity to write skits for youth services at church. It was my first chance to see my words come to life on stage. Over the next couple of decades, I worked with schools to create drama programs. I love Youth Theater, and I’ve had the privilege of writing and directing 20+ full-stage shows.

My favorite genre for reading or writing is Christian romance with a marital-reconciliation theme. Every marriage will face storms. Jason and I have weathered our share. But when we came to breaking points in our relationship, we chose to hold on tight to each other and to not let go, and I’m so glad we did. Since then, or maybe because of those experiences, the writing themes God has planted in my heart are redemption, reconciliation, and love in marriage. The beauty of second chances still strikes a thrilling chord within me. (Click to Tweet!)

My first published book was Winter’s Past (2013). In this story, Ty and Winter have been divorced for ten years, but neither of them have forgotten the love they shared. Ty’s life has been radically transformed by God’s love, and he’s praying for a chance to make things right with Winter. When she comes to Coeur d’Alene, Idaho, to speak at a conference, he considers the opportunity to see her again a miracle. However, she’s still troubled by their past. Can she forgive the man she hasn’t been able to forget?

What’s up with Mary Hanks now?

It’s been hard for me to end my Second Chance series. The characters are like my family. However, my fifth book, Season’s Flame, a story about a pastor and his wife who, after losing their church, struggle in their marriage, released in September. While Saying goodbye to the characters I’ve grown so fond of is hard, but it’s time for me to move on. 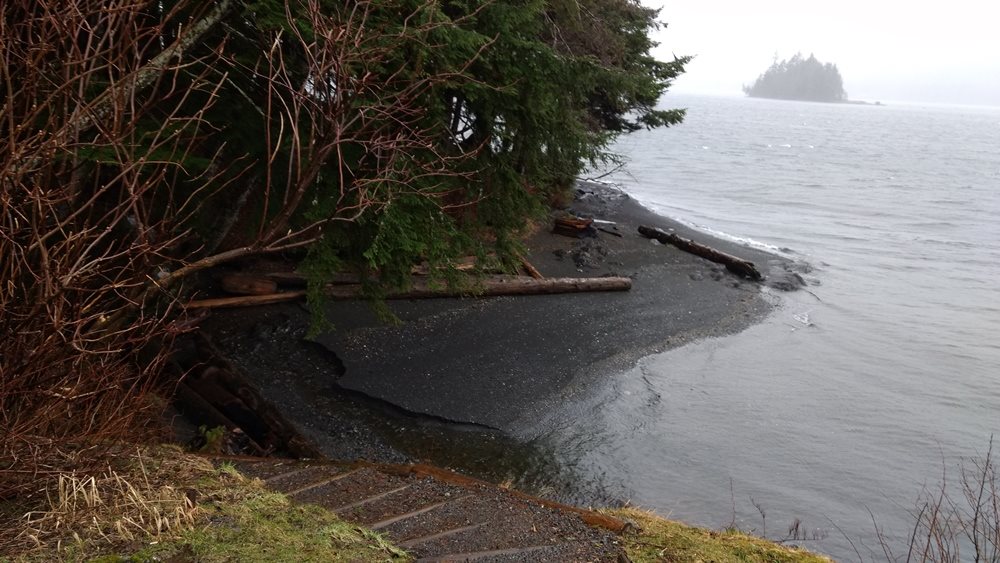 I’m eager to meet new friends (and a few enemies) in a town on the Oregon Coast. I can’t wait to go there and do the research! The first book in this series is about a woman who returns to the beach to start over. But sometimes coming back is just as painful as leaving in the first place.

Being an Indie Author

I love being an indie author. I like making all the decisions and being the boss (after God) of my art and ambitions. While I hire out tasks, like graphic design work and professional editing, I’m a DIY lifer. I also appreciate being a part of the indie community. And I thank God for letting me see my dream of writing books come true. 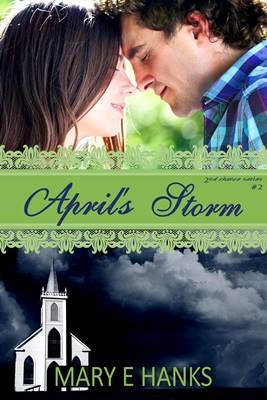 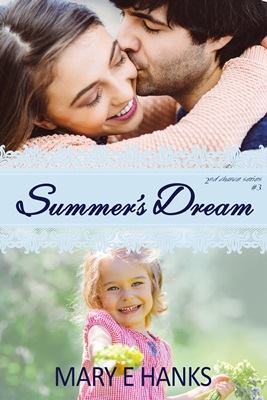 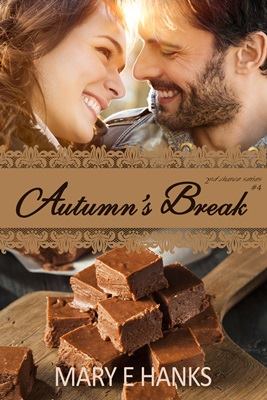 How can we find Mary Hanks?

I love sharing about God’s love, reconciliation in marriage, and chocolate!

Here are some of the places online where I hang out:

Lord, You are the God of Second Chances! What a lovely theme You’ve called Mary to write. We glory in Your ways that are beyond our understanding and our ways.
Bless each word Mary writes for You.
~ For Jesus’ sake