Thank you, James Pence, for joining our chat circle today. This chalk art drawing of a lion is totally beautiful. 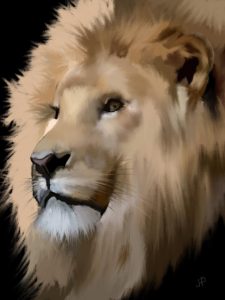 Stand up and praise the Lord your God, who is from everlasting to everlasting. Blessed be your glorious name, and may it be exalted above all blessing and praise.
Nehemiah 9:5

Today we are chatting with author James Pence, author of ten books, fiction and non-fiction and a chalk artist extraordinaire. (The lion above is my favorite!) Check out others at jamespence.com. 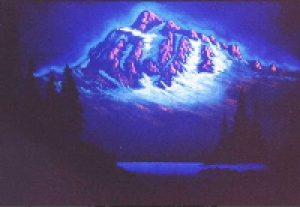 Gather ’round as we get to know this multi-talented author/artist/musician who claims he lives “out in the boonies.” 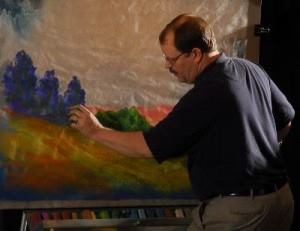 Welcome, James Pence. I know you’re a busy man, so accept my gratitude for finding the time for another item on your to-do list. 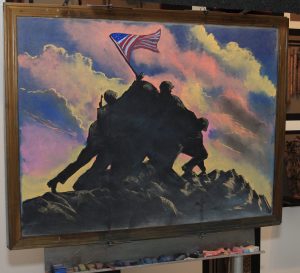 How amazing, James. Your involvement in the Terry Caffey story makes your journey live and breathe in ways few authors can point to. Thank you for sharing a bit of your inspiring life journey with us.

Readers,
James Pence is a man worth knowing and a writer/speaker/artist of note. He can be found in cyberspace at http://jamespence.com. Check out his chalk drawings, book table, and writing/editing/speaking services. Check out James’s current project, Nate Lyle’s story.

Lord, blessed is Your name in all the earth. How marvelous–how beyond understanding–are Your ways. Give us eyes to see Your fingerprints in our lives and in the lives of others, ears to hear Your voice in storms and in quiet places, hearts that long to know and follow You, and minds that seek Your perfect and holy will. For Jesus’ sake …