I grew up believing the word divorce wasn’t found in the dictionary of acceptable vocabulary, at least not anywhere near the words grace or remarriage. Yet I was divorced in 1985. And I came to understand the deepest, darkest meaning of Malachi 2:16 KJV:

“For the Lord God of Israel says
That He hates divorce,
For it covers one’s garment with violence,”
Says the Lord of hosts. 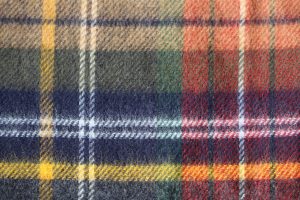 Even now, 31 years later, I recall the image that came to me at unexpected times, even in my dreams: a portion of fabric, a Scottish plaid … the threads separating … tearing … doing violence to the cloth.

In 1993 I noticed a man at church … heard his name spoken with respect … watched him ministering to people … interacted with him … thought I heard an angel whisper his name: Al. A foreshadowing of unexpected grace.

Suffice to say, in time I accepted God’s gift of grace based not in my worth but in His. Al and I married in 1994, the best decision I ever made aside from choosing to follow Jesus.

One of the worst aspects of divorce is that it tends to replicate itself in later generations. (Tweet That!) When my daughter was divorced in 2011, guilt took up residence in my mind and heart, and the image of the cloth returned more often than I could tolerate on my own. I spent a lot of time in prayer.

And then the Lord reached down with a gift of unexpected grace, this time for my daughter and her children … a surprise I should have expected but didn’t. I had prayed for a man of God for her and her children but, as so often is the case, I doubted. Not God’s willingness or ability to do so but my worthiness to be heard, to see and feel this blessing on my child and grandchildren: Michael.

Happy Birthday to our Michael, a man of God who literally washed our daughter’s feet on their wedding day … and who figuratively has washed her feet and her four children’s every hour of every day since. 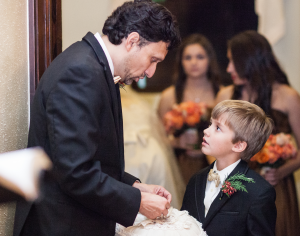 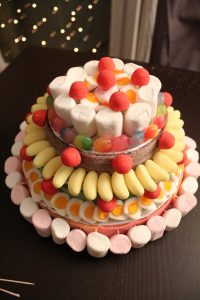 Each day is a grace day in our family, but Michael tops the cake. (Tweet That!)