Welcome to the Round-Robin Scavenger Hunt, everyone

Here’s how it works: At each author’s blog post, you will find a question that can be answered by checking out the free Amazon preview of their book. Provide the answer at this form. Note: You must answer the questions for every author in the round-robin to be considered to win the $250 first place, $150 second place or $100 third place Amazon gift cards. These prizes are USD values. If you are not a U.S. resident, you will get a gift card from the Amazon store for your country; however, it will be valued at these USD amounts.)

As I wrote my novella, A Sojourner Christmas, the folk song “I Am a Poor Wayfaring Stranger” as performed by Jos Slovick in the film 1917 played in my mind on Loop. The movie is stunning in several ways and so is the music video at https://youtu.be/fp7mdSMNQB0.

Dictionary.com defines sojourn as a temporary stay, but often over time it has taken on a melancholy aura. Perhaps that’s due to the melancholy and/or dangerous nature of the sojourns recorded in the Bible. First, there’s Abram in Genesis 12:

The Lord had said to Abram, 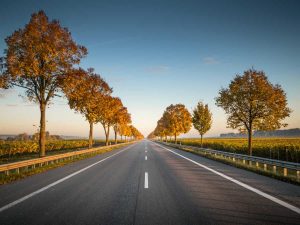 “Go from your country, your people and your father’s household to the land I will show you.
I will make you into a great nation,
and I will bless you;
I will make your name great,
and you will be a blessing.
I will bless those who bless you,
and whoever curses you I will curse;
and all peoples on earth
will be blessed through you.”

Abraham’s grandson Jacob’s sojourn began in Genesis 29 and ended in Genesis 33 with frantic flights for his life. First, to his Uncle Laban in “the land of the eastern peoples” and then to meet his brother Esau with murder in his eyes. And we can’t forget Jacob’s son Joseph, the famous, forced-against-his-will sojourner in Genesis 37 and Genesis 39:1. The Apostle Paul’s life was one continuous sojourn in the Book of Acts, Romans, and his epistles, but the most famous, of course, is Jesus’ family in Matthew 2:13-15:

When they had gone, an angel of the Lord appeared to Joseph in a dream.

“Get up,” he said, “take the child and his mother and escape to Egypt. Stay there until I tell you, for Herod is going to search for the child to kill him.”

So, he got up, took the child and his mother during the night and left for Egypt,

where he stayed until the death of Herod.

And so was fulfilled what the Lord had said through the prophet: “Out of Egypt I called my son.”

The sojourners who inspired A Sojourner Christmas were characters our family claims as our “Pyle clan.”

In December of 1923, my maternal great-grandparents, Gove and Louisa Pyle, began their migration to the Lower Rio Grande Valley of Texas in a train of covered wagons with their teenage son Oluf and their six married children. By the 1920s, covered wagons were a rarity in the United States, so the Pyles drew many a curious eye over those nine hundred miles from central Oklahoma to the southernmost tip of Texas.

Anecdotes about the trip have been thrown around the family over the six generations who have followed. But the one about Christmas Eve in Winters, Texas, where they were seen as “gypsies,” has always captured my imagination. Hence, A Sojourner Christmas.

As I wrote this little Christmas story, I stepped back in time to put myself in their sojourner shoes. 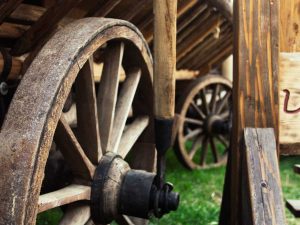 I carried “I Am a Poor Wayfaring Stranger” with me along with the Bible passages, all of which communicated that sense of melancholy or danger. Not only is this story a sequel to another novella, Soon the Dawn, but it also follows Blossom, a character in the seven-year-prior story, The Mending of Lillian Cathleen, as she stretches her wings as a newspaper reporter/photographer in Texas.

One sojourn yet to be noted is the one each of us is traveling even as we read these words.

Remember the definition of sojourn? A temporary stay. The New Testament writer James refers to it as a mist that appears for a little while and then vanishes in James 4:14.

What’s more fleeting than a mist? At my age, that question threatens to spark chills up and down my spine, but when I remember Jesus’ promise about my destination in John 14, peace returns. How buoying the realization that the brokenness of life on planet Earth is only a temporary stay.

When the Pyles arrived in the Valley in February 1924, they were forced to bed down at Red Fish Bay and live off the land and sea. They had heard tales about Rio Grandee Valley creatures—like tarantulas as big around as dinner plates—so I can only imagine their delight if they had found a mansion with tables loaded with a constant supply of the finest fare. They had sold everything they owned to make the trip and set up a new life down south, but their sacrifice can’t compare to the one Jesus made to purchase us and our mansions not made with human hands (Revelation 5:9).

Generations of Pyle descendants remember the clan’s journey, but no one else has heard it. 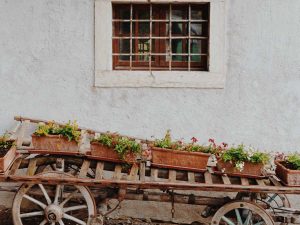 In contrast, Jesus’ story is available to everyone in the best-selling book in history—the Holy Bible. Jesus sojourned among us, but His journey ended in an ignominious death that is the hinge upon which history swings. He claimed no home or bed, but he promised us an eternal home not in a land that demands a lifetime of labor but one devoid of toil, melancholy, or danger. Thank you, Lord Jesus, for providing us, your brothers and sisters, a free-and-clear inheritance at the end of our sojourns.

Our temporary stays here on Earth vary as certainly as each of us differs from one another. And they terminate in a common location that’s called the grave. Thankfully, that’s not the end of The Story. A sojourn with Jesus ends in that beautiful Promised Land called Heaven.

Anybody want to come along?

My question for the round-robin: What Rio Grande Valley creature is described in A Sojourner Christmas as as big around as dinner plates? You can find the answer here.

Next stop on the Scavenger Hunt is author Melanie Dobson, author The Christmas Bride: A Legacy of Love Novel. Follow this link to continue the hunt. https://melaniedobson.com/2021-christmas-scavenger-hunt-the-christmas-bride/

Dear Lord, please bless each person who reads this blog.
For Jesus’ sake