A funeral and boots. What in the world do they have in common? Let’s see if we can unwrap that package.

Ever heard this joke? 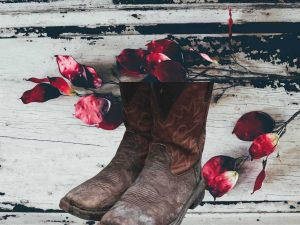 Two brothers in a certain town had earned horrible reputations. They were known as the worst of the worst.

When one of them died, his brother went to the preacher with instructions for his brother’s funeral service. He ended by declaring. “Whatever you do, preacher, I expect you to tell this town once and for all that my brother was a saint.”

The preacher worried over this for the coming days. How could he declare the goodness of the man when he knew nothing good about him? He couldn’t lie before the whole town and maintain a speck of credibility.

Finally, he figured it out. When the preacher stood in the pulpit before a packed house, he cleared his throat and declared, “This man was a drunk, a wife abuser, a liar, a thief, and a blasphemer on top of it, but compared to his brother, he was a saint.”

I say funerals bring out the best in people. 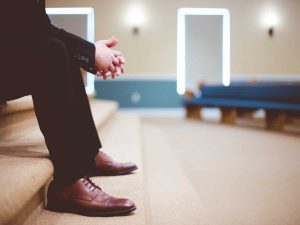 ce at the above funeral, have you ever heard someone point out the deceased’s faults at such an event? Even on TV, family members and friends emphasize (and no doubt sometimes exaggerate a bit) the deceased’s good qualities. Here are a few such examples I’ve heard recently:

“He never met a stranger.”

“She was always smiling. Her smile lit up the room.”

“He made others happy.”

“She would do anything for anyone.”

“She was an angel on Earth.”

Who wants to focus on the other side of the coin at a funeral? The slammed doors in strangers’ faces. Frowns and grumbles. Wet blankets at family reunions. Excuses, delays, and broken promises. Cheating on taxes. “Little” affairs. And the alarmingly short fuses? Or could it be when a person no longer lives, the only part of them worth remembering is the good?

What in my life is worth remembering? And in yours?

I wondered this at my brother-in-law Linvel Baker’s funeral a few weeks ago. A recently retired country preacher of over 40 years, Linvel seemingly sought the Lord with each breath. Like the rest of us, he was flawed, but the goodness in him so outshone his faults and so impacted folks’ lives that his shortcomings just didn’t matter.

Linvel’s death is worth remembering. Even after his funeral.

He and his brother Lauris had spent the day on Linvel’s recently acquired 150 acres of undeveloped land “out in the boonies.” They had done some of what they’d done as boys. Talked over things. Pitched rocks. Shot at watermelons. At the end of the day when the sun was lowering on the horizon, Lauris headed toward home. The brothers waved to one another as Lauris drove away, but Linvel lingered. 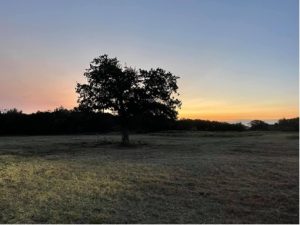 He was alone, so no one knows for certain, but by piecing together the evidence like the doctor’s report and the death scene, Lauris is convinced it went something like this. Not long after Lauris drove away, while there was still some daylight, Linvel experienced what he knew to be a heart attack. He had had close calls in the past and heart valve replacement. And he had recovered from Covid a few weeks prior.

When this pain gripped Linvel, he knew his time had come. There wasn’t time for first responders to reach him out in the wild, so Linvel set down his cell phone and—no doubt, clutching his chest—stumbled to the top of the rise where he had planned to build his wife Shirley’s retirement home. He sat down near oak trees. Took off his boots. Lay back with his face toward the heavens and his arms outstretched. And died. With peace written all over his face.

Those of us who knew him well are convinced that like Moses at the burning bush, Linvel knew he was stepping onto holy ground.

So, he took off his boots and welcomed the Lord. That’s how a good man dies.

What about you and me? 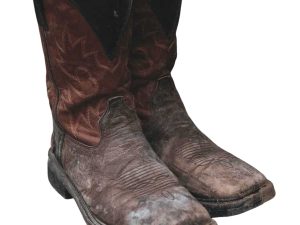 Will we be clutching to life with whitened knuckles at our moments of death? Begging God for one more day? Shaking a fist at Him for the injustice of our having so much good yet to accomplish?

Will we focus on God? Or the things of Earth?

When Shirley returned to the house that tragic day, she found Linvel’s usual companions at the kitchen table. A Bible, two different versions. A Greek Bible. A commentary or two. And notes.

I wrote the following prayer on the Acknowledgments page of my novella, A Christmas Tale for Little Women:

Above all, thank you, Lord Jesus. You curled beside me like a friend and whispered the one and only tale fit for eternity—Yours. I bow on my knees and cry, “Holy.”

Today I ask myself: At the moment of my death, will I cry, “Holy”? I believe Linvel did.

What will they find in the place where I last sat? Lead me to where Linvel sat, Lord.

What will be said at my funeral? Where will they find my boots?

Then God [sic] said to Moses [sic], “Do not draw near this place. Take your sandals off your feet, for the place where you stand is holy ground.”
Exodus 3:5 NKJV 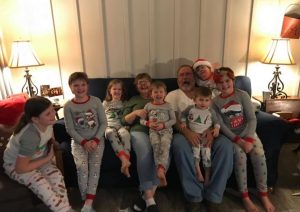