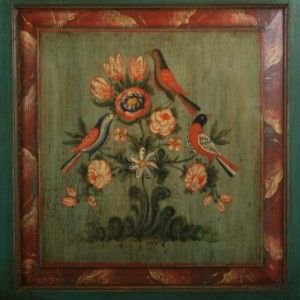 Beauty. Most of us can agree beauty is as subjective as beholders themselves.

What’s the origin of the well-known idiom, Beauty lies in the eyes of the beholder? I looked it up.

We may apply this truism to the latest beauty pageant: “No! Not Miss Tall and Dignified! Miss Petite and Sassy should’ve won!”

Or to a “find” on Antiques Roadshow: “Egads! That piece of junk is worth more than the national debt!” 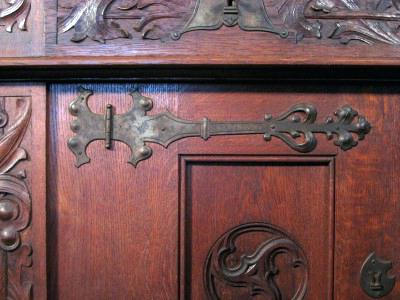 Memories of Beauty and Beholders

Which reminds me of living as a military family in Germany in the 1970s. Not long after arriving, we began hearing about American couples going “junkin’.” On those Wednesdays, German locals would set out on sidewalks any items they considered junk. And Americans flocked to them. 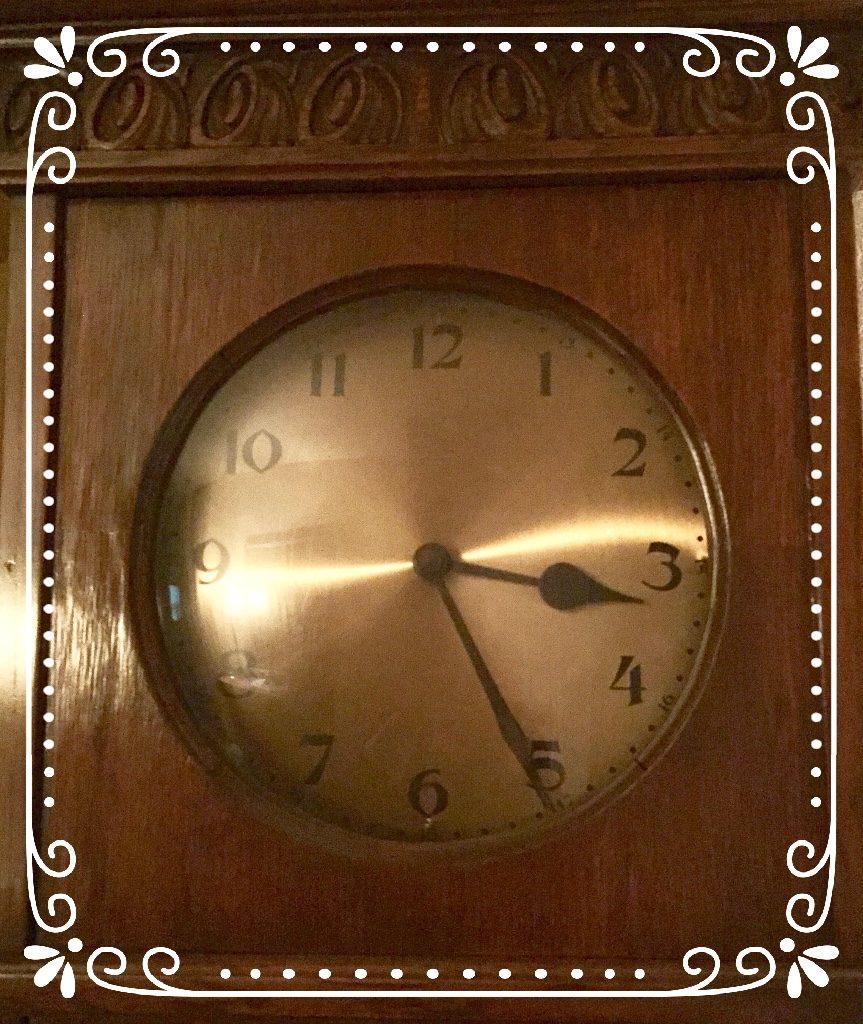 One couple might come home with a gorgeous 100-yr-old “shrunk”. (Think hutch on steroids!) Another, a finely carved, 150-yr-old grandfather or grandmother clock. And another, a set of generations-old hand-painted plates. To the locals, “old” meant “ugly”, but to Americans, the older, the more beautiful.

But that was before Antiques Roadshow debuted in 1979 and we learned the truth of a similar idiom: One man’s junk is another man’s treasure.

A Family of Beholders

No better illustration exists than this one from my family history. 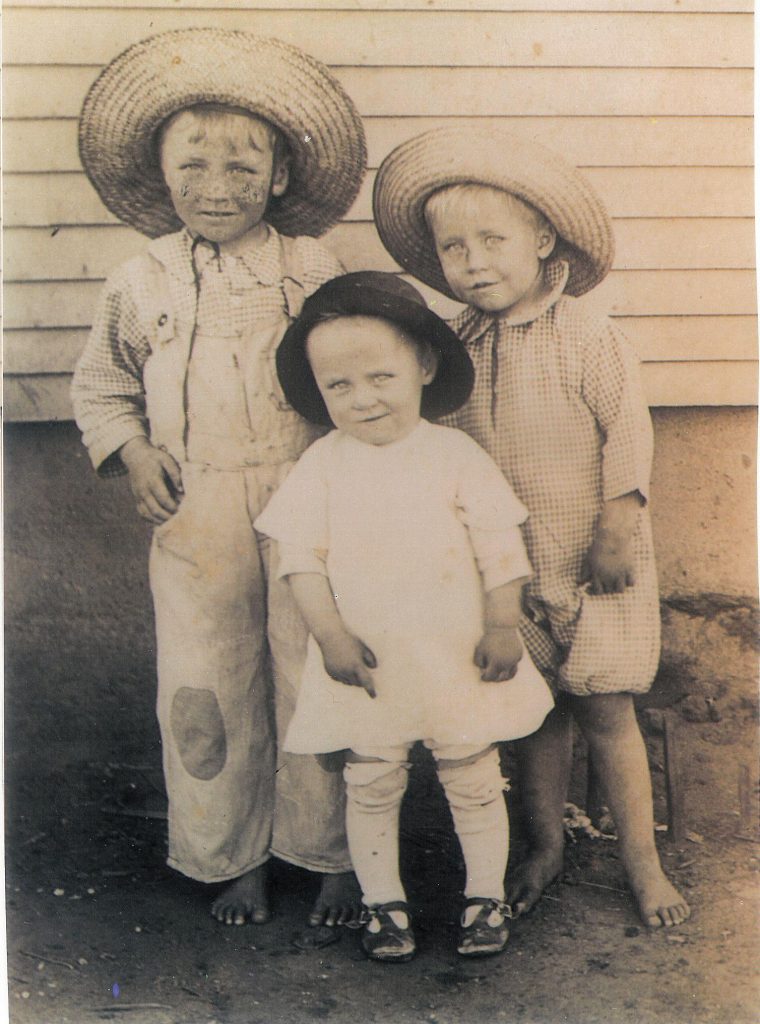 My mother and father both came from impoverished backgrounds. Mother had two dresses–one for Sunday and another for every other day. Daddy finished high school at 16 and struck out on trains heading in the direction of one harvest or another, sending his paycheck home to help out.

When Mother and Daddy met, 16-yr-old Mother lived with her widowed mother and brother in an uncle’s barn. They would have lived in the uncle’s house, but there wasn’t an inch of space after the rest of the Great Depression-deprived family moved in.

Beauty in the Great Depression 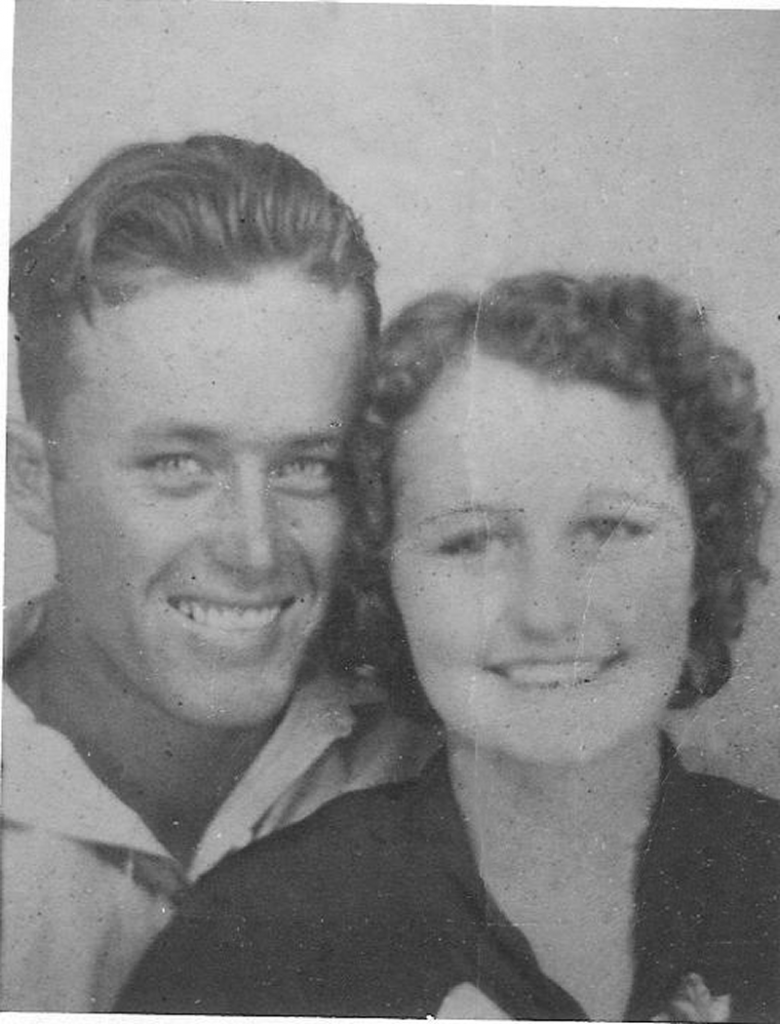 When they married, Daddy was working for a local farmer for $5 per week. He borrowed $5 for his and his bride’s wedding clothing and paid his employer back $2.50 per week.

Daddy made a deal with his employer to live in an old farm house situated on a piece of land he worked. Some would call the house a shack. But considering where Mother came from, she called the old shanty a castle.

Decades later, after Daddy was a landowner in his own right and had built Mother the brick home she always dreamed of, she took up oil painting. Their first home had deteriorated by then to nothing more than weathered clapboards on the verge of collapse, unlivable.

Mother decided she’d paint the old place the way it looked when she and Daddy claimed it as home—to preserve the truth about what it looked like. The two of them “worked” on the painting for months, angling their heads left and right, recalling details, Daddy noticing something not quite right, and Mother making an adjustment or two, adding a little something here or there, their memories guiding her hand. 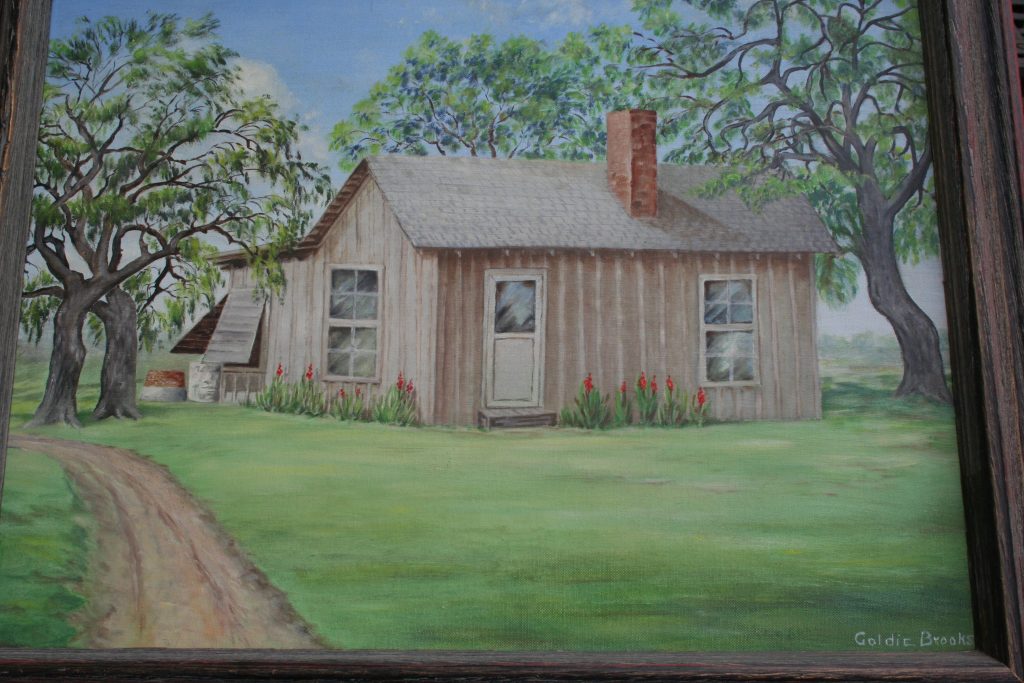 The above painting is the thing of beauty the two of them came up with.The reality, however, was something altogether different, to which the photo below attests. 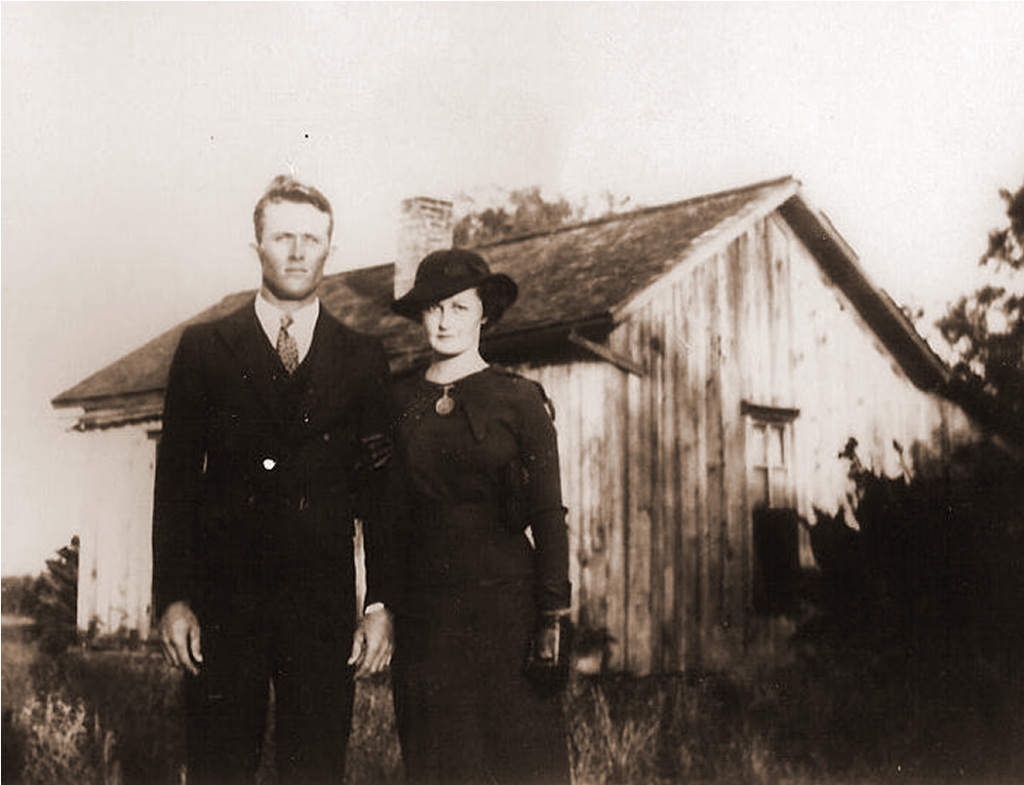 You might say Mother was as subjective a beholder of beauty as you could find. But I wonder … Is that so bad? Consider this: Romans 3: 11-18 paints an ugly portrait of humankind.

“There is no one righteous, not even one … no one who understands … no one who seeks God. All have turned away, they have together become worthless; there is no one who does good, not even one. Their throats are open graves; their tongues practice deceit. The poison of vipers is on their lips. Their mouths are full of cursing and bitterness. Their feet are swift to shed blood; ruin and misery mark their ways, and the way of peace they do not know. There is no fear of God before their eyes.“ (NIV)

“For this is what the Lord Almighty says [to you, His people]: ‘…  whoever touches you touches the apple of his eye …” 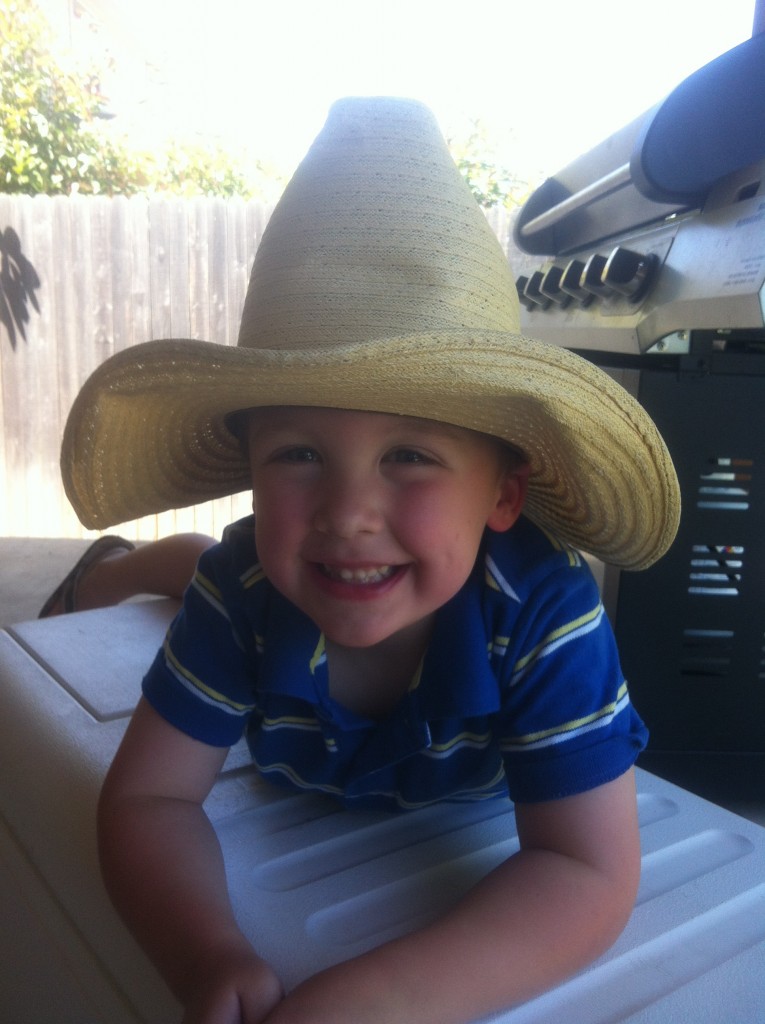 Beauty, Up Close and Personal

I love this photo of my grandson Braden when he was 3. When I look closely enough, I can see myself in his eyes. I’m so close to him, my love so intimate that it’s as if I’m a little person within his eyes.

That’s the intimate picture Zechariah paints of God’s love for His pitted-with-flaws people. He holds us so closely … treasures us so deeply … we’re embedded—implanted— within Him … the apple of His eye.

I don’t know about you, but I’ll take that subjective view of me any day. I’m pitted with flaws, scarred, bruised, and covered in the scabs of sin. I’m every bit of the ugliness the apostle Paul lays out in Romans. Just as unrighteous. Willful. Bitter and despicable. Yet in God’s eyes, I’m … if not an apple, for sure I’m a peach! 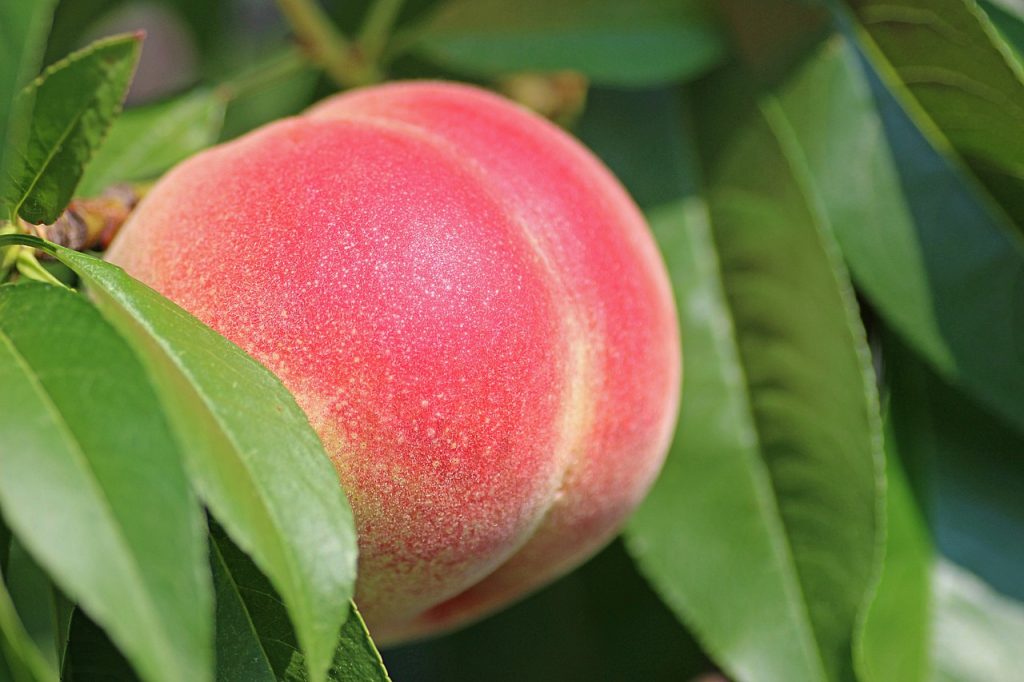 I’d be a fool to reject that kind of love.

Dear Lord, please give us eyes to see You as our Eternal and Holy Beholder
and ourselves and others as the Apple of Your Eye.
~ For Jesus’ sake

21 thoughts on “Let’s Chat! About Beauty and Beholders”