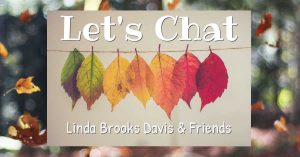 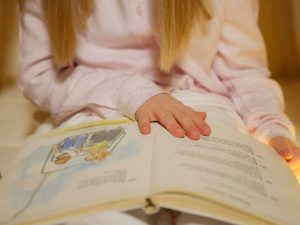 By the time I was a first grader in the 1950s, the only Christmas tale I had heard was the one we sang about in carols like “O Little Town of Bethlehem.” If there were any such stories in reading class, they made zero impression on me. A few other memories of books remain with me all these years later. Not that I can remember well enough to retell them in detail, mind you. Only scraps of the subject matter or settings, some images or characters, and the emotional impact they carried have stayed with me.

No, I must turn the pages of a Chinese short story—certainly not a Christmas tale—but with a Christmas message all the same. 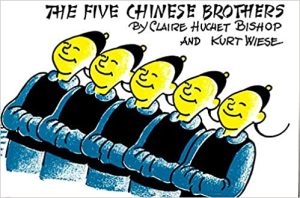 This story tells about five Chinese brothers who look exactly alike and live with their mother in a house near the sea. Call them the original superheroes if you like. It doesn’t pass today’s sensitivity standards by any means. In fact, it has been banned in school libraries. (https://libraryofcats.wordpress.com/2018/02/04/the-five-chinese-brothers/) But, if you’ll bear with me, it’ll make my point.) I was in first grade, so it was a read-aloud story, and it made a huge impression on my young brain.

On to my Chinese proverb and a Christmas tale. Each brother possessed a singular, magical ability, but none were the same. The first could hold all the water in the ocean in his mouth. The second had a neck of iron. The third could stretch his legs as far as he wanted. The fourth couldn’t be burned. And the fifth could hold his breath indefinitely.

I recall sitting in reading circle with my eyes stretched wide (somewhat like Brother #3’s legs) and latching onto each word and image. I even thought about the five brothers on the playground, of all things. They were all bald except for skinny ponytails stretched so tight their eyes were slits—exactly alike. Brother #1 swallowed the sea. That’s when things got complicated. Soon the village’s fishing industry was turned on its head. He ended up in BIG trouble with the law and was condemned to die. As the story progressed, Brothers #2, #3, #4, and #5 came to the rescue by using their unique abilities. Each time one of them was condemned to die, I pictured the little house by the sea and their poor mother inside. How could she survive without her sons? Yikes.

Admittedly, the obstacles and the brothers’ punishments were violent in the extreme, certainly not Christmas fare or subject matter approved for first graders today, but the brothers’ united front did save the day—the village and their mother. The image of them locking arms in a circle, defying the world and that little house standing firm on the rocky cliff was powerful to my young mind. The story whetted my appetite for reading and—yeah—I came away understanding how a united house stands, but a divided one falls.

Fast forward several years to my reading of Little Women. With three brothers, I always longed for a sister. I found four in the Louisa May Alcott classic where I could smell and taste the baking. Hear the sisters’ voices. And feel their joy and sorrow. Even now, I remember its lessons about the importance of honesty, hard work, true love, and family unity.

Then I sat down to write my own Christmas tale. 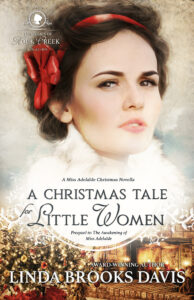 I asked myself how I might incorporate some of the values in “The Five Chinese Brothers” or Little Women into another story. A Christmas Tale for Little Women resulted.

No superhero Chinese brothers make an appearance, but Christmas memories on our farm reappear, and a poor Mexican migrant family shows up. Four girls don’t visit destitute neighbors, but a couple of girls learn their wants don’t compare to others’ needs. And a childless spinster manages to unite a family with a community in a circle of love.

Isn’t that what Christmas tales should be about? Like the original.

And she brought forth her firstborn Son, and wrapped Him in swaddling cloths and laid Him in a manger because there was no room for them in the inn. (Luke 2:7 NKJV)

P.S. You can find The Five Brothers at https://www.youtube.com/watch?v=CX7k_QN29y8.

Dear Lord, please fill our homes with the message of Your love every day of the year.
~ For Jesus’ sake