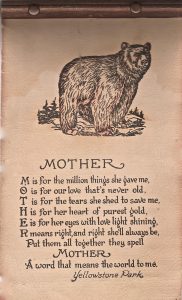 Mother love is never old. Yesterday was my mother’s 98th birthday. She wasn’t present in bodily form; she passed into Glory 22 years ago.

Mother’s spirit hovered around me all day.

Goldie Leona Banks Brooks was no shrinking violet. Or pansy. She was more like the lantana and verbena that bloom in Texas most of the year. I doubt she’d delight in this comparison, but hear me out.

First, these hardy plants thrive in heat and drought and aren’t fussy about 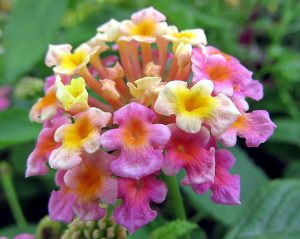 the soil. They add bold color to the garden and require zero tending. They’re dependable and determined, and they find a place to bloom, invited or not. They don’t give off fancy fragrances, but they don’t apologize either.

Mother’s favorite flower was the rose (with the orchid coming in a close second). I think she admired their delicacy, and I know she loved the scent of the rose. It’s a good 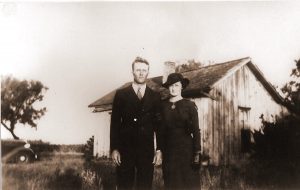 thing she was neither a rose nor an orchid, fragile and fussy about her surroundings. She wouldn’t have managed as a Great Depression farm wife otherwise. Nor would she have survived twenty-five trying years of widowhood, holding onto the home and farm land she and Daddy worked so hard to acquire.

January 17th appears on the calendar each year, and I return to memories of growing up as Goldie’s girl. She had always wanted a daughter, but by 1941 she had given birth to three boys and buried one. So when in 1946 her doctor confirmed she was expecting another child, all she could think were girl thoughts.

But in time she convinced herself it was better to build a wall of defense around her heart than to leave it exposed to disappointment. She entered the clinic to deliver her fourth child on the 5th day of September, telling herself she and Wilson were destined for a household of boys. (Would she have traded either of her precious boys for a girl? Never!) (Tweet That!) 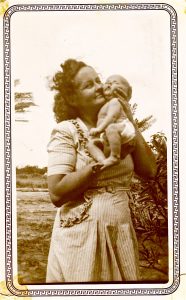 So when the doctor announced, “It’s a girl,” she heard “It’s a boy.” She held tears in check until Daddy entered her room with a huge grin. 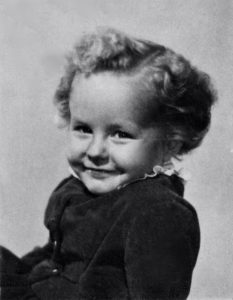 The doctor entered the room. “You did it, Goldie. You got your girl.”

Wiping her face with the hem of a sheet, Mother sat up …

And the rest is … Well, it’s proverbial history packed with mother love and gratitude. And a lesson learned: Pray and expect a miracle.

Later, the preacher wrote to friends who had moved away: Praise the 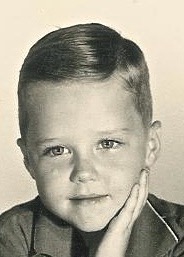 Lord! Wilson and Goldie have a girl! Little did anyone know at the time, but eleven years later, Goldie was to have another baby–a boy again, but–oh–how great was the rejoicing.

Indeed, Mother was like our Texas lantana and verbena. Strong. Stubborn. Self-sufficient. At times, overly so. She asked no one to wait on her or tend her. But on this, the day after her 98th birthday, how I wish I could.

Lord, how weak is our faith. We often pray, doubting.
Help us to pray, trusting. For Jesus’ sake. 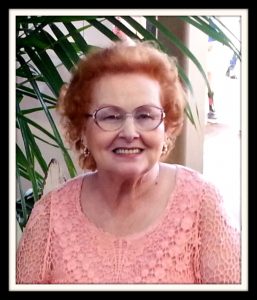 Look who’s stopped by for our Author Chat, readers! You’re in for a treat. Our honored guest, Lena Nelson Dooley, is a best-selling, award-winning–need I say prolific–author of a bevy of excellent books.

Grab a cup of something-or-other and settle back as Lena tells us a bit about herself.

Before Lena’s Life as a Writer

I grew up in Arkansas, a middle child with an older brother and a younger sister. My mother died when I was seven and a very traumatic time followed. (Tweet That!) After that, my father married our stepmother, a wonderful woman who loved our Daddy and us very much.

I earned a BA in Speech and Drama, and did graduate work in Drama.

My husband and I married 52 years ago. We knew each other only three months and three days before we married.

How Lena Became an Author

God told me to become a professional writer in 1984. Readers, check out the story on the About Me page at www.lenanelsondooley.com.

I finished my first novel–Home to Her Heart—in about six months. Zondervan accepted it, but before the contract came, the higher-ups decided to drop the fiction line. I submitted it several times to other publishers, each time after a major rewrite from the notes when it was rejected.

Barbour started the Heartsong line of Christian romances in 1992. I obtained the phone number of the publisher and asked if I could send my manuscript. He said yes. That was in October 1991.

I waited three months to ask about my manuscript. No answer. I waited longer and wrote again. Eventually I called him. He said that my manuscript was on the editor’s desk and he connected me to her. She told me that if I would cut 10,000 words from the manuscript, they’d contract the book. I assured her I would.

Needing to get it done quickly so they could consider it for a contract, I worked a whole week on the manuscript and mailed it on Friday. On Saturday, I received the contract in the mail. They started the contract through the channels right after our phone call. 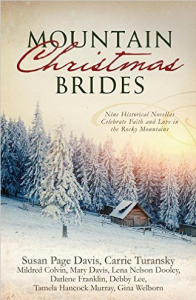 God has awesomely blessed me through the years. (Tweet That!) This year He’s really heaping on things. A novella collection I’m in–Mountain Christmas Brides–has spent the last two months on the ECPA bestseller list. It has spent the last three weeks on the Publisher’s Weekly Top 10 Religious novels list.

Thank you for stopping by to chat, Lena. What a fantastic career! We love knowing a bit more about you, including your awesomely successful marriage. Bravo!

Readers, you can find Lena and her books at these links:

5 thoughts on “Join our Author Chat with Lena Nelson Dooley”