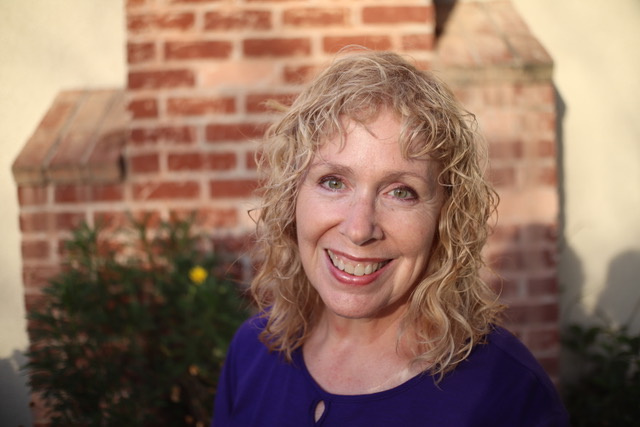 Elaine Marie Cooper honors us this week. Although books always enthralled her, she never thought she’d become a writer. From the age of 5, even before she could read, she’d check out eight library books at a time. As she stared at the words, she knew they translated into wonderful stories she could interpret someday. Reading was her goal.

Please give Elaine Marie Cooper a hearty welcome. And be sure to join the chat below. You could win her giveaway: a signed paperback copy of Scarred Vessels.

Before I talk about myself, let me say THANK YOU for being a faithful devourer of books. Whether it’s fiction or nonfiction, readers keep our written words alive. As a result, we who spend hours researching and writing chapters are so very grateful for each and every one of you.

When I was eight-years-old, and by now, a reader, my family moved to Massachusetts. That’s where I became passionate about U.S. history. Surrounded by monuments to the soldiers who fought in the American Revolution, I gathered books on the topic. I could never learn enough about Colonial America or about the Americans who fought to form this country.

I still never thought I would someday write about it.

Elaine Cooper: God drew me to Himself 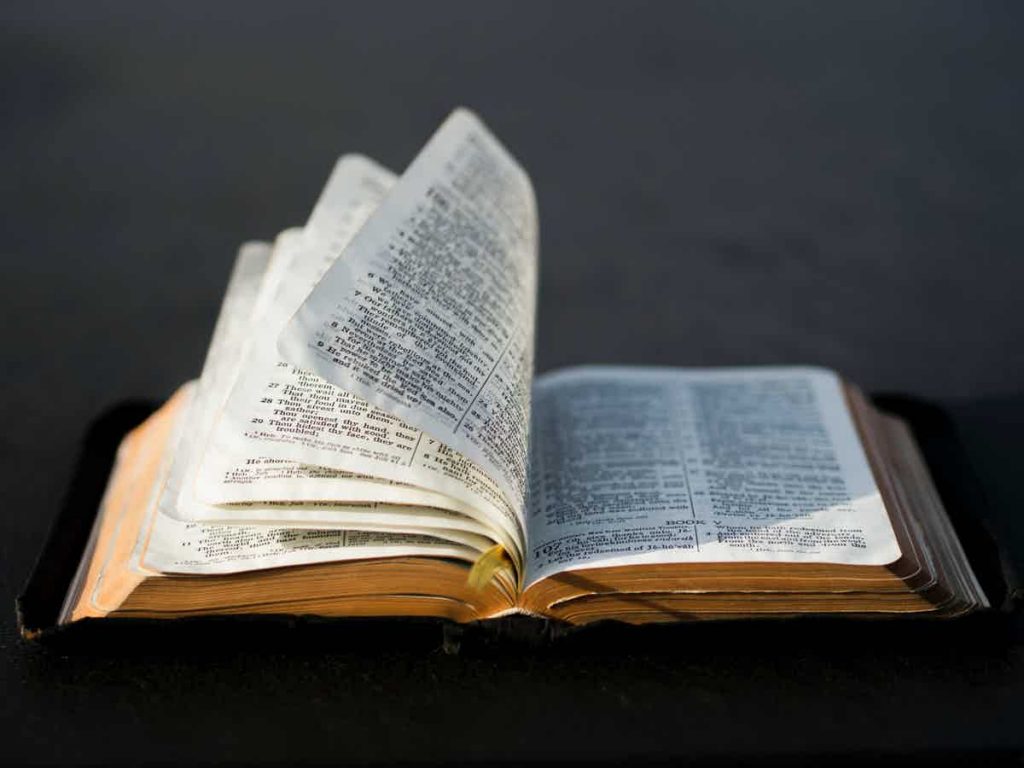 At the age of twenty-one, God did an amazing work in my heart when he drew me to Himself. I realized I was a sinner and receive His precious gift of forgiveness.  In doing so, I learned to treasure THE book above all books: the Bible. Within a year I’d met my future husband at a church event. After we married, God blessed us with two sons and a daughter. Both my heart and household­ were full.

One of our favorite excursions involved trips to the library. We spent hours there, perusing the short stacks of wonderful children’s books.  It was better than hunting for gold as the books contained far greater treasures of adventure, touching dramas and feats of bravery. Some of my children could not yet read but, like their Mom, they knew the words contained hidden secrets.  What a joy when they discovered the secret to reading! 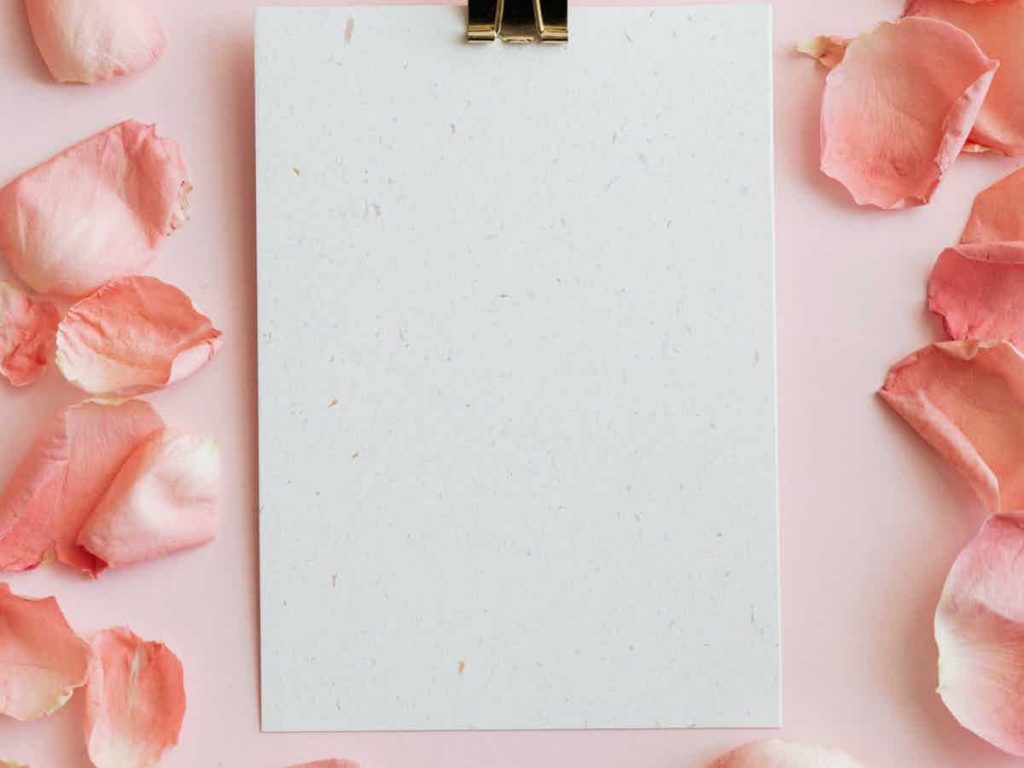 My first foray into professional writing seemed like a fluke. As many moms know, the everyday tasks of taking care of little ones and keeping a house can be stressful. As many discover when under stress, humor helps! When I’d write down silly poems about my Mom adventures, it helped relieve the daily strain.

One day, my husband took my poems into the newspaper office where he worked. The features editor caught a glimpse of them and expressed interest in my writing skills. Would I be willing to write feature stories for the paper, she asked?

I never thought I’d be asked such a question and responded with a hearty “yes.”

Life as a Freelance Writer

The local newspapers had annual contests for various categories so I entered a couple of my stories. No one was more shocked than I when I won a second and third place.

Freelancing stories to various periodicals became my main writing gig for years. I had stories run in Better Homes & Gardens, Life: Beautiful, HomeLife, and American Ferret magazine. Yes, there really was such a publication! When you write for freelance work, one must be flexible! 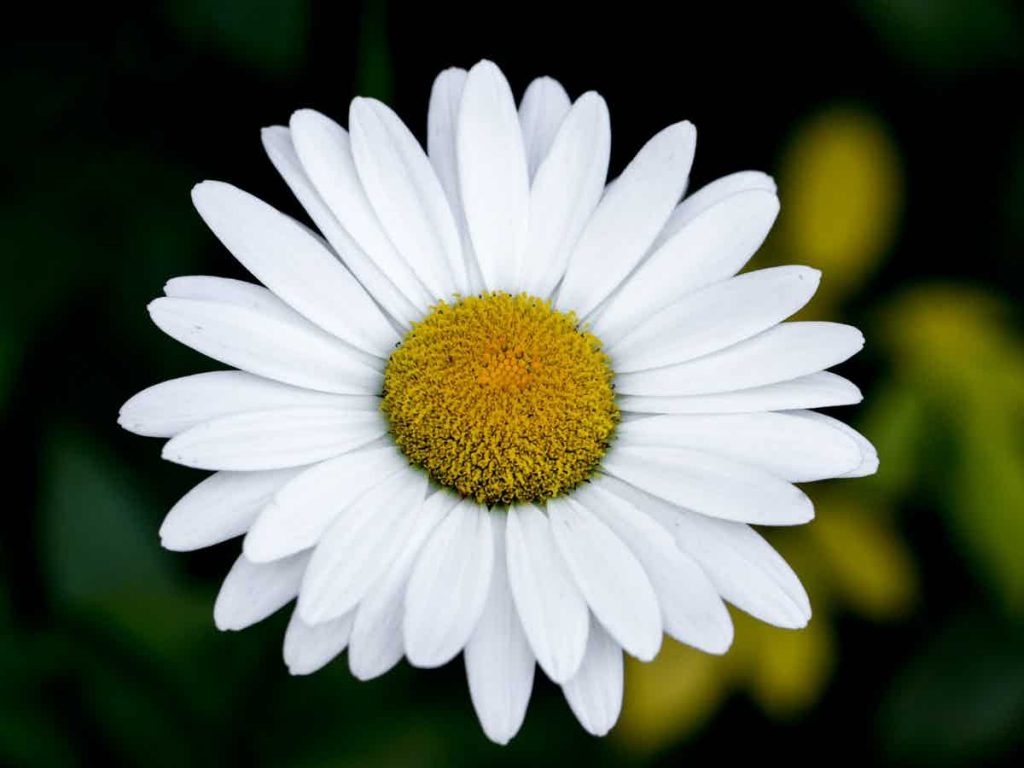 Life moved along quickly as the kids grew up and started their own careers. But then our lives turned upside down and it has never quite been the same. The worst news struck at the heart of our family when my daughter was diagnosed with a terminal brain tumor. By now I was a RN and writing part time. I had to put my nursing job on hold while becoming the caregiver for my daughter. Suddenly all the lesser concerns in life became smaller.

Bethany was just 23 when the diagnosis came in. She did not live to see her 25th birthday. 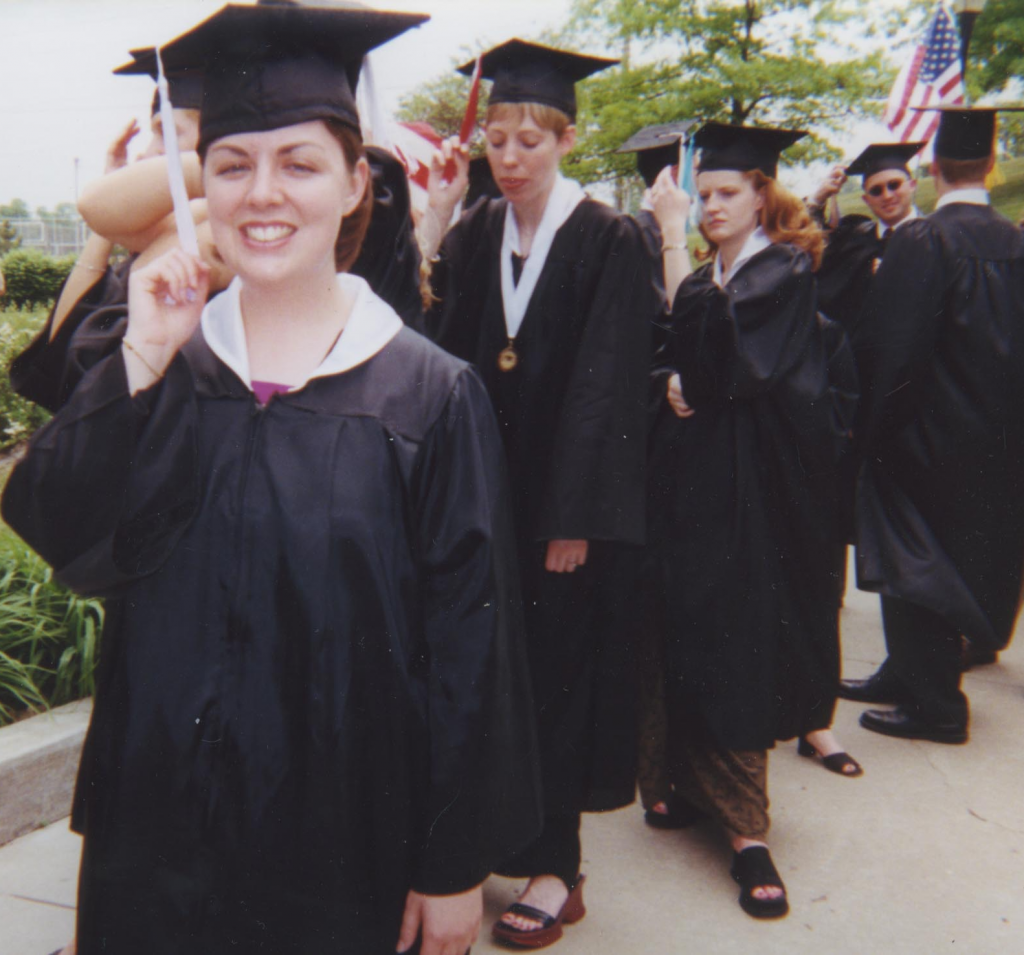 I tried writing for a church publication after her death. While the story was accepted, I put down my writer’s pen. I decided I would never write again since it stirred up too much pain in my heart.

Returning to my job as a school nurse, l immersed myself in work and church. But my life had taken such an unexpected and cruel twist, that I felt I’d never be the same. I never did ask God, “Why me?” As a nurse I’d seen tragedy visit so many families. But the pain of losing a child is unlike any other. You never fully recover, but learn to somehow live with it. 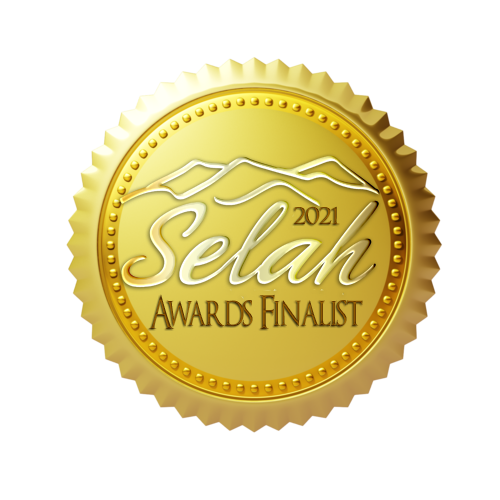 Every year on the anniversary of Bethany’s death, I stayed in bed, hidden under the covers.  Until the 4th year.  That year I received an inaudible but very clear command from the Lord. I was to write a book set in the American Revolution. At first I ignored the inner prompt, thinking I might be imagining it. Until I “heard” it again. I threw off the bed covers and found my husband. I assumed he’d think I was crazy but instead, he took me to the used bookstore. My research had begun, along with my life as a writer of books.

Eight books later and contracted for two more, I still find it mind boggling that I am an author. But God showed me that, when He’s in my life, anything is possible. Scarred Vessels is a Finalist in the 2021 Selah Awards for historical romance! Winner will be announced in May at the Blue Ridge Mountains Christian Writers Conference. 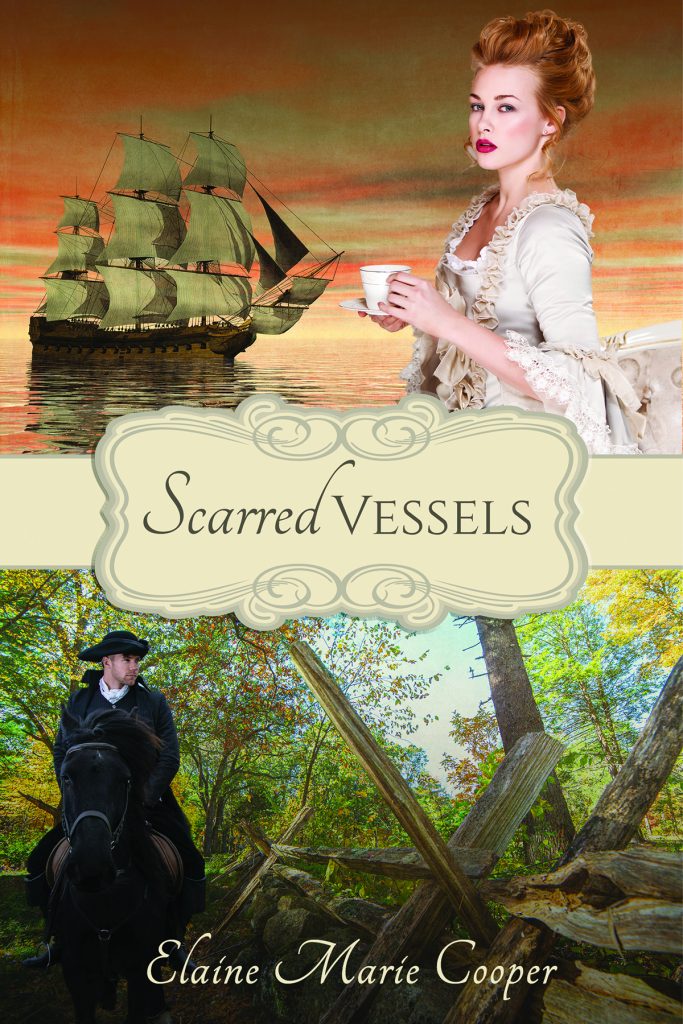 In 1778 Rhode Island, the American Revolution rallies the Patriots to fight for freedom. But the slavery of black men and women from Africa, bartered for rum, is a travesty that many in America cannot ignore. The seeds of abolition are planted even as the laws allowing slavery in the north still exist.

Lydia Saunders, the daughter of a slave ship owner, grew up with the horror of slavery. It became more of a nightmare when, at a young age, she is confronted with the truth about her father’s occupation. She is burdened with the guilt of her family’s sin as she struggles to make a difference in whatever way she can. When she loses her husband in the battle for freedom from England, she makes a difficult decision that will change her life forever.

Sergeant Micah Hughes is too dedicated to serving the fledgling country of America to consider falling in love. When he carries the tragic news to Lydia Saunders about her husband’s death, he is appalled by his attraction to the young widow. Micah wrestles with his feelings for Lydia while he tries to focus on helping the cause of freedom. He trains a group of former slaves to become capable soldiers on the battlefield

Tensions both on the battlefield and on the home front bring hardship and turmoil. When Lydia and Micah are faced with saving the life of a black infant in danger, can they survive this turning point in their lives? 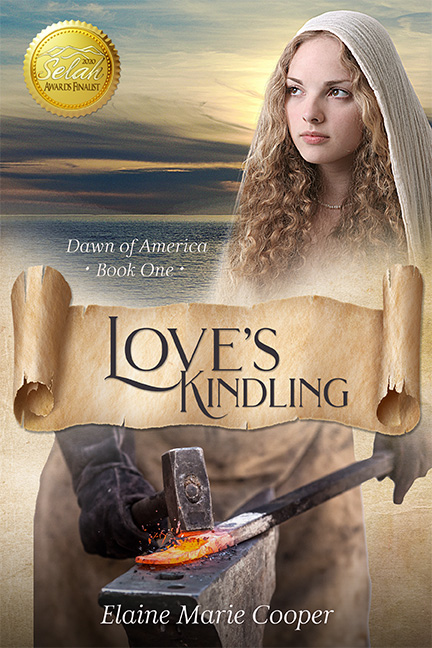 During the American Revolution, Aurinda Whitney lives with her cold and calloused father, an embittered veteran of the previous war. Aurinda’s life changed forever when her father returned for her after that war, taking her away from the only place she’d ever experienced affection. Since her father blamed Aurinda for the death of his wife in childbirth, Aurinda is convinced she is unworthy of love.

Zadok Wooding believes he is a failure as he tends the smithy at home while others go to battle against the British. Just when he has an opportunity to become a hero, he is blinded in an accident. Now he fears he will never live up to the Biblical “mighty man of valor” for whom he was named.

When the couple meet, they are both challenged to overcome adversity as well as their inadequacies. Unexpected secrets of their past emerge that can change their lives forever. But can they look past their present circumstances to heal—and find love?
The re-release of Love’s Kindling, Book 1 in the Dawn of America Series. Finalist in the 2020 Selah Awards for historical romance.

Dear Lord, please bless each word Elaine writes for You.
~ For Jesus’ sake ~