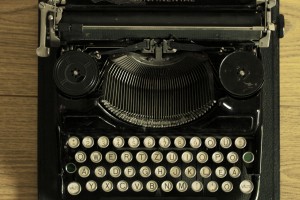 Current news cycles often focus on the equal-pay-for-equal-work, single-women-with-children-on-welfare, and equal-access debates, but the subject of women in the workforce was discussed in 1905 as well as in an ancient account in Proverbs 31. The Worthy Woman of the proverb worked from before dawn to long after sunset. Her hands were rarely still. She was a homemaker, supervisor of staff, businesswoman, and devoted mother and wife. She stretched her pennies, saved, and invested profitably.

Likewise, women in the workforce in the first decade of the Twentieth Century juggled home and child rearing responsibilities. 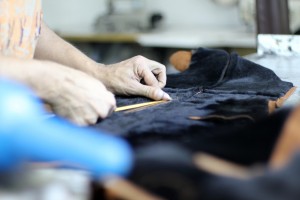 However, in 1905 women in the slums composed the lion’s share of women workers and the well-to-do women had the luxury of remaining home with their children. In 2015 the paradigm has shifted. Most women in poverty subsist on welfare and food stamps while the more affluent women pursue careers.

In 2015 women are the majority of the workforce in the USA. This occurred in the first half of 2010 for the first time in American history, and now women make up fifty-one percent of the professional workers in the USA. 70% of 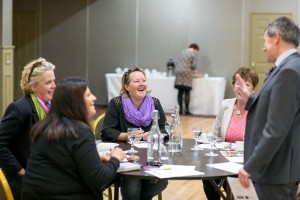 American women with children under eighteen are earning a paycheck while raising their children. According to the Bureau of Labor Statistics, women now hold 51.4 percent of managerial and professional jobs—up from 26.1 percent in 1980. Women are fifty-four percent of all accountants and hold about half of all banking and insurance jobs. Women are about one-third of the physicians and forty-five percent of the associates in law firms—and both percentages are rising fast. 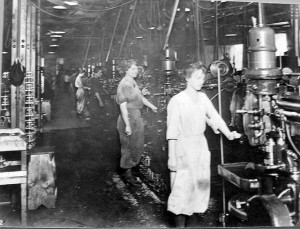 dangerous machines. Many worked in air laden with steam or dusty fibre, in dark and ill-ventilated rooms, and under the pressure of high speed.

The law forbade their working more than 60 hours per week and between 9 P.M. and 6 A.M., yet many began work at 8 A.M. and did not stop until 10 P.M. With a half-hour for dinner and for supper, they worked 78 hours per week for a wage of $6 and could be discharged if they refused to work overtime. The images are astounding.

When I compare the life of the Worthy Woman described in Proverbs 31 with the dire images of American working women in the first decade of the Twentieth Century, I hang my head. But when I remember women like my 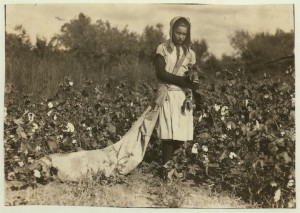 mother and grandmother who toiled in farm fields and earned the title of Worthy Woman, I stand taller. And when I consider the working-out-of-the-home woman of today, with whom I numbered myself for 40 years, I am struck by how far womankind has come in the past hundred years, how much she has endured, and the honor she has earned.

Which takes me back to Proverbs 31: Her children arise and call her blessed; her husband also, and he praises her … v. 28