On two occasions I experienced timeless emotions in the midst of suspended reality at levels that exceed every other moment of my life. 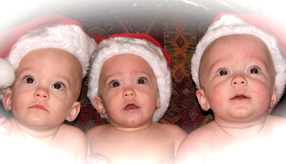 One: the day I learned my daughter was expecting triplets. My joy overflowed, but it was couched in surreality.

The other: the day I learned a story I had written won the Jerry B. Jenkins Operation First Novel contest and would become a published novel. Again, my joy overflowed amend surreality.

Both experiences represent the movement of God’s providential hand in the life of a woman well past her prime, one who deserves not a fleeting glance from the God of Heaven, to say nothing of His steady presence.

Now a new journey has begun as I anticipate the release of The Calling of Ella McFarland in December.

I can barely wait to introduce you to the characters I’ve encountered while writing The Calling of Ella McFarland, to give you a glimpse into their struggles and triumphs, and to thrill at how God moved in their lives.

The year is 1905. But the human condition and need for God remain the same one hundred years later.