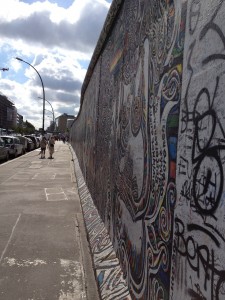 Writing the historical novel The Calling of Ella McFarland has taken me into the past many times over.

In 1983 when “The Wall” still divided East from West, I was blessed with the opportunity to visit East Germany where I bought this band of little angels with 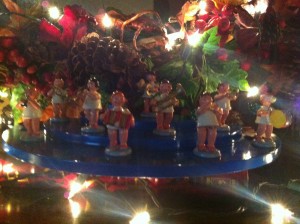 “green spotted wings”. It was made by an East German artisan who worked in her home, longing for freedom.

Among the freedoms denied East Germans in 1983 was freedom of speech. Had I lived beyond The Wall in those days, I would not have enjoyed the freedom to express myself as I am in this blog. The freedom to write what I please, to express my faith and values, opens doors and windows to the world, airing out ideas like winter’s mothballed coat. 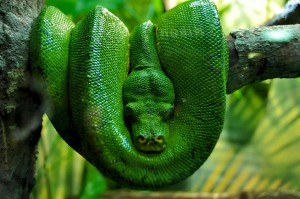 Jehovah God has always set a high price on freedom. Adam and Eve were denied access to one tree alone; their rebellion locked them out of Paradise. [Genesis 3:23-24]

The Israelites were denied access to the Promised Land for their ingratitude. [Numbers 14:21-23] 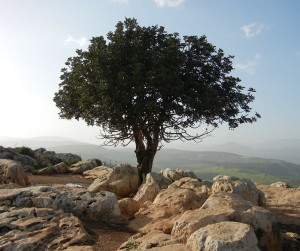 And for his momentary disobedience Moses was allowed only to view the land of promise, not enter it. [Numbers 20:12]

The Old Testament is replete with the tragic stories of God’s people being taken into bondage for their faithlessness.

The highest price ever paid for freedom was the life of God’s own Son. [Galatians 5:1] 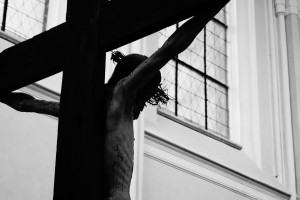 I treasure my band of little angels because it represents the original angels’ announcement of the birth of the Savior whose eventual death provided a new kind of freedom–a way out of the bondage of eternal consequences for sin. But for me the little angelic band also represents my freedom to write. The Apostle Paul wrote in a dungeon; I write in a comfortable office. 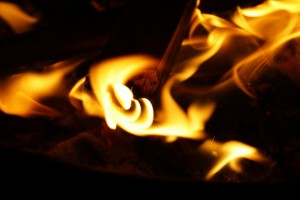 First Century Christians risked their lives to protect and transmit the writings that now compose Holy Scripture. William Tyndale, among others, gave his life for translating the Latin Scriptures into English and refusing to be silenced. Many Christians in the world risk the same today. Meanwhile, I can’t keep up with all the dusting required for the dozens of Bibles in my home.

The painstaking, labor-intensive process of printing that began with Johannes Gutenberg’s printing press in Germany testifies to the preciousness of the written word.

Thankfully, the U.S. Constitution guarantees its citizens the right to free expression of viewpoints and faith, including my right to express my faith in written form. I exercise that right while sitting in a comfortable office chair imagining plot lines driven by flawed characters both espousing and defaming the name of Christ. 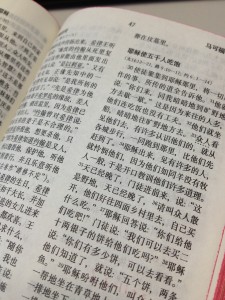 What’s so great about the freedom to write? Ask Paris. Or Christians in China, Iran … or any spot on Earth controlled by ISIS.

Do you have a “freedom of speech” or “freedom to write” story to share? I’d love to hear it.

All praise to our Savior who is the Lord!

And there were shepherds living out in the fields nearby, keeping watch over their flocks at night. An angel of the Lord appeared to them, and the glory of the Lord shone around them, and they were terrified.

But the angel said to them, “Do not be afraid. I bring you good news that will cause great joy for all the people. Today in the town of David a Savior has been born to you; he is the Messiah, the Lord. This will be a sign to you: You will find a baby wrapped in cloths and lying in a manger.”

Suddenly a great company of the heavenly host appeared with the angel, praising God and saying, “Glory to God in the highest heaven, and on earth peace to those on whom his favor rests.”
Luke 2:4-18