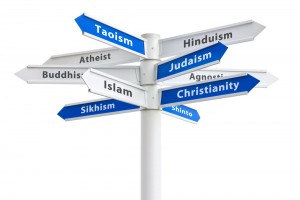 According to humanist philosophy, the measure of all things is man. One man’s truth–or goodness–can be another man’s evil. Survival is based on fitness. Destruction of life is neither good nor evil, only expedient. 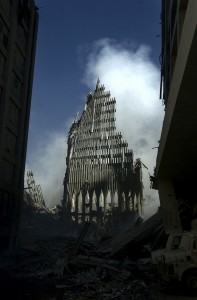 him … if he crushes them … those who do the same in his name are not distorting his example. They are living it.

Jesus set an example of love toward those who opposed him. He died for them. Every violent act committed in the name of Christ–from the Crusades, to the Inquisition, Salem witch trials, mistreatment of Jews and Blacks and every other religion and ethnicity–is a distortion of Jesus’ example. One must not judge Christianity by its distortions. They are inconsistent with Jesus’ teaching and example.

Jesus said, “My kingdom is not of this world. If it were, my servants would fight to prevent my arrest by the Jewish leaders. But now my kingdom is from another place.” John 18:36 (NIV)

Do you think I cannot call on my Father, and he will at once put at my disposal more than twelve legions of angels? Matthew 26:53 (NIV)

2 thoughts on “Systems of Thought: Faith”