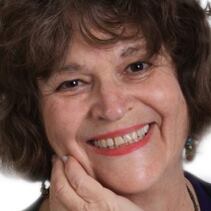 Penny Haavig is our guest author this week. I haven’t met Penny in person. But after visiting with her via this interview, I want to move next door! What a friend, wife, mother, and grandma she must be!

Penny’s first novel—Laugh, Clown, Laugh—is coming out soon. So you’re the first to be introduced to her and her novel. Penny’s roots extend to Queens and Long Island, New York. And her historical novel, Laugh, Clown, Laugh, is set in Brooklyn against a backdrop of vaudeville. How intriguing is that?

Now, gather ’round as Penny shares a bit about herself, her life journey, and how Laugh, Clown, Laugh was birthed. Also, she’s offering a special giveaway. So, check it out below. 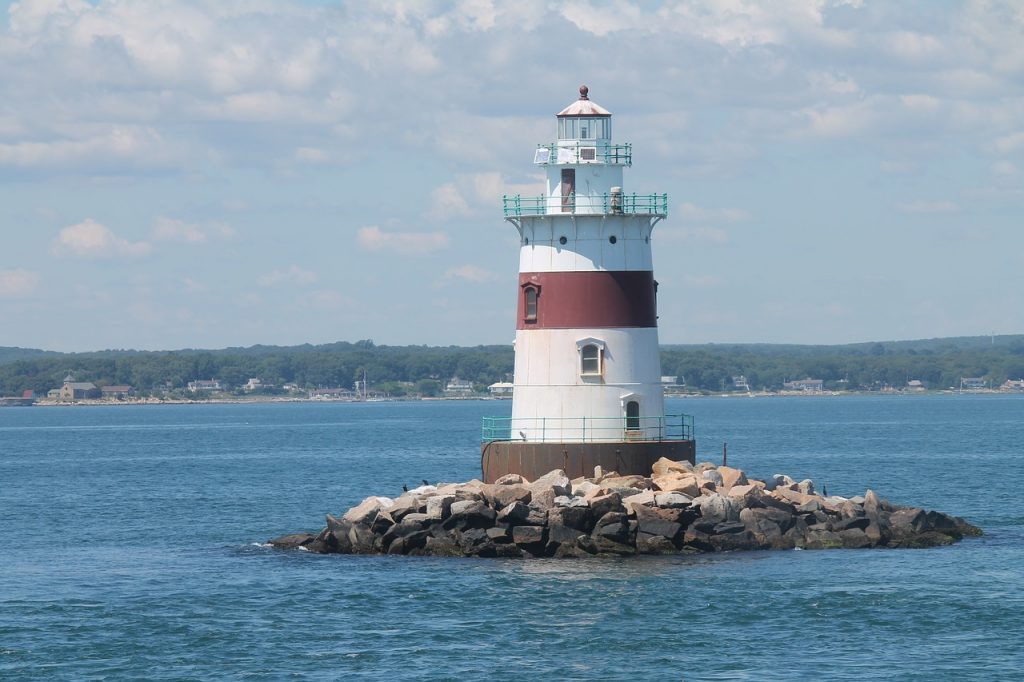 First, I was born and raised in New York with roots in Queens and Miller Place, Long Island. However, I spent most of my life in upstate New York, an hour from the beautiful Adirondacks mountains.

Our house in Miller Place was situated on a cliff that overlooked the picturesque Long Island Sound. Even now, I can remember running down the cliff to the beach where my Dad taught me how to swim. To say the least, it was daunting to dodge the horseshoe crabs and jellyfish, but once I got the hang of it, I loved it.

A Love of Horses 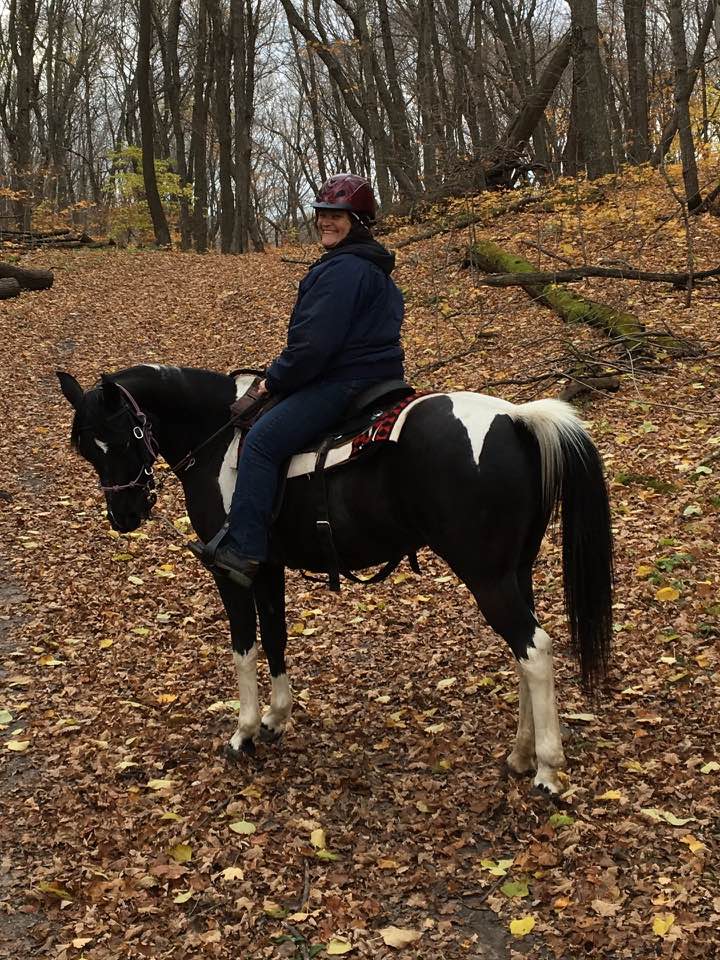 Because my dad was an equestrian, his love for horses fell on me when I was three years old. A pony man visited Richmond Hill, where I spent the first five years of my life. My first pony ride was on a black and white pony. The Christmas after, Dad surprised me with a black and white handmade rocking horse. My love of horses stuck for decades. Who would have known, that after all these years, I would be the proud owner of a black and white Pinto/Arabian horse. My mother would say to my dad, “She’ll grow out of this, Henry.” I guess not.

I am a retired pre-school teacher and was blessed to own a day care center for over ten years. 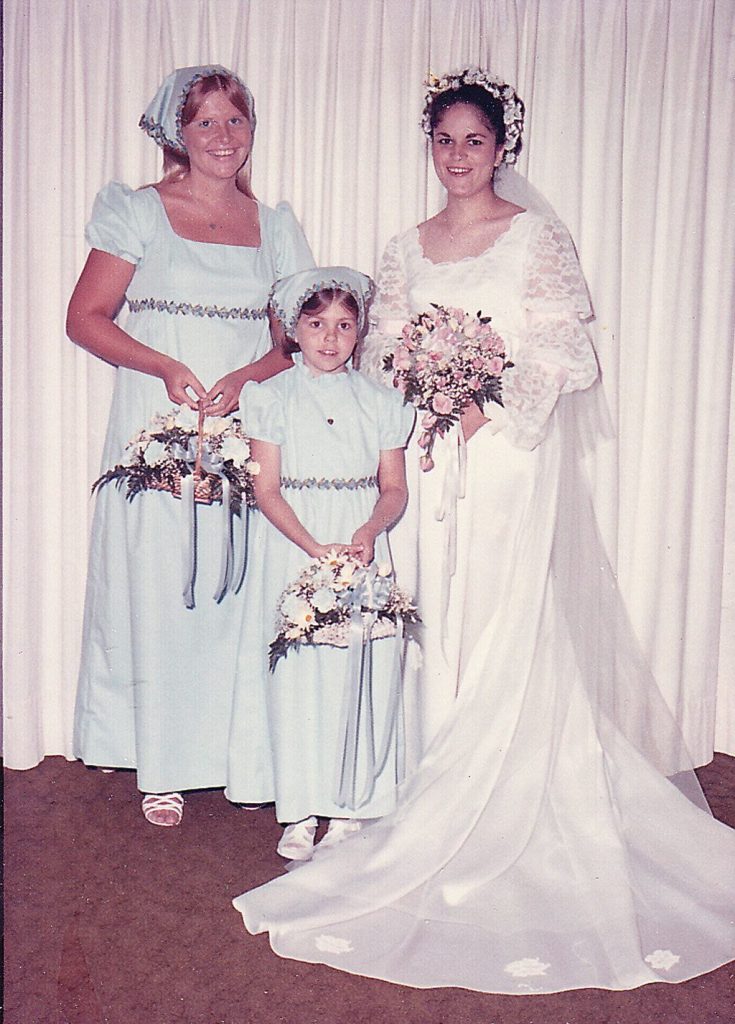 I met my first husband Guy in 1969, and we had two beautiful daughters, Tiffany and Tonia. Everything was going fine until sudden tragedy struck our family. My husband died of a heart attack at the age of 54. We were married thirty years. My life started to unravel, but God kept me together. (Click to Tweet!) My girls were still in their teens, so it was very hard for them.

Because Guy knew the Lord as his Savior, I know he is rejoicing with the saints for eternity and I will see him again when I get to Heaven. Praise God for the gift of eternal life in Jesus. 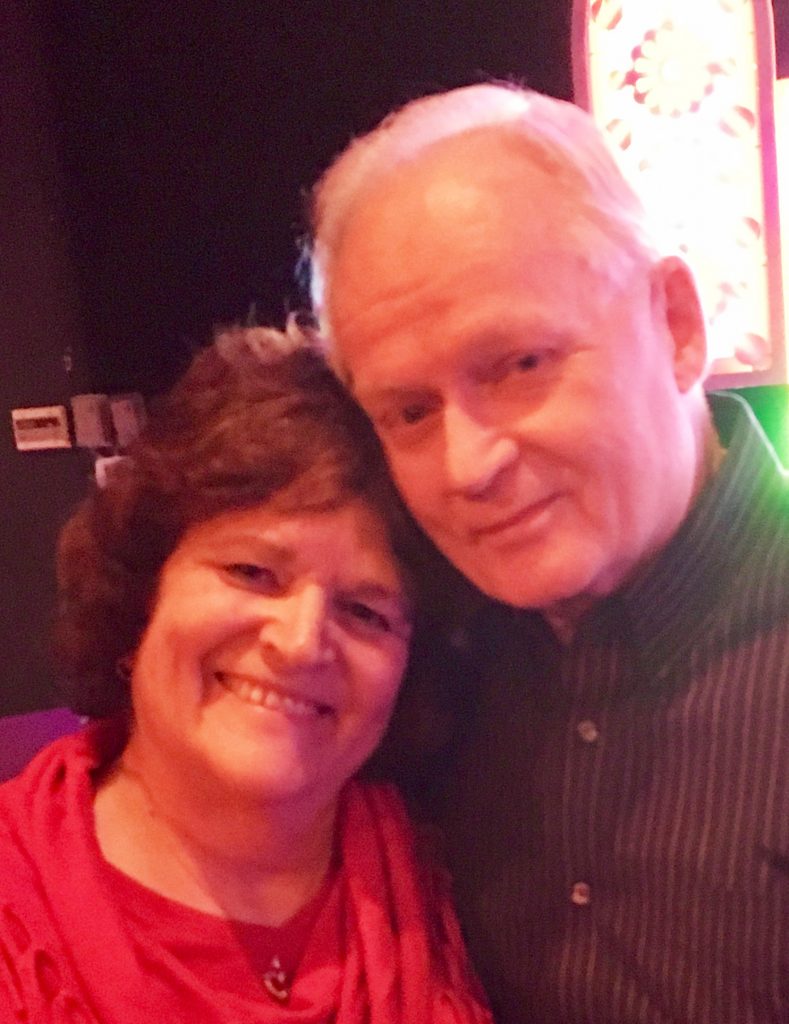 However, God intervened a year later and brought Tom, a handsome Norwegian, into my life. Because he had the bigger business and family, I sold everything in New York and moved to Minnesota. While both girls were on their own, leaving them was bittersweet. Although the miles still separate us, I know God protects them. And now, we’re a blended family with seven children and 13 grandchildren. 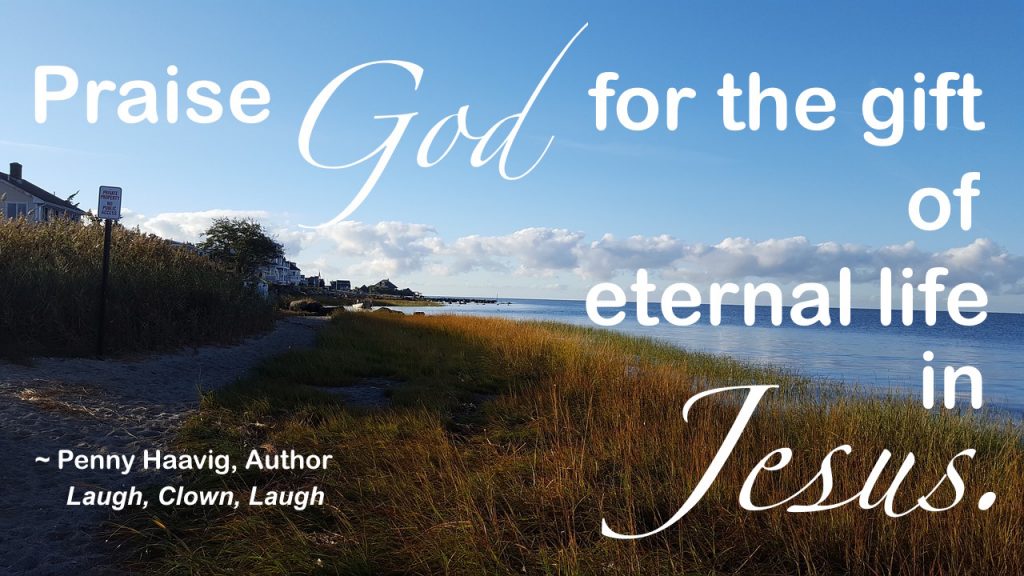 I came to know Jesus as my Savior and Lord at age 13. Now we’re members of Alexandria Covenant Church, a great gospel preaching church where I have taught pre-school Sunday school and VBS. 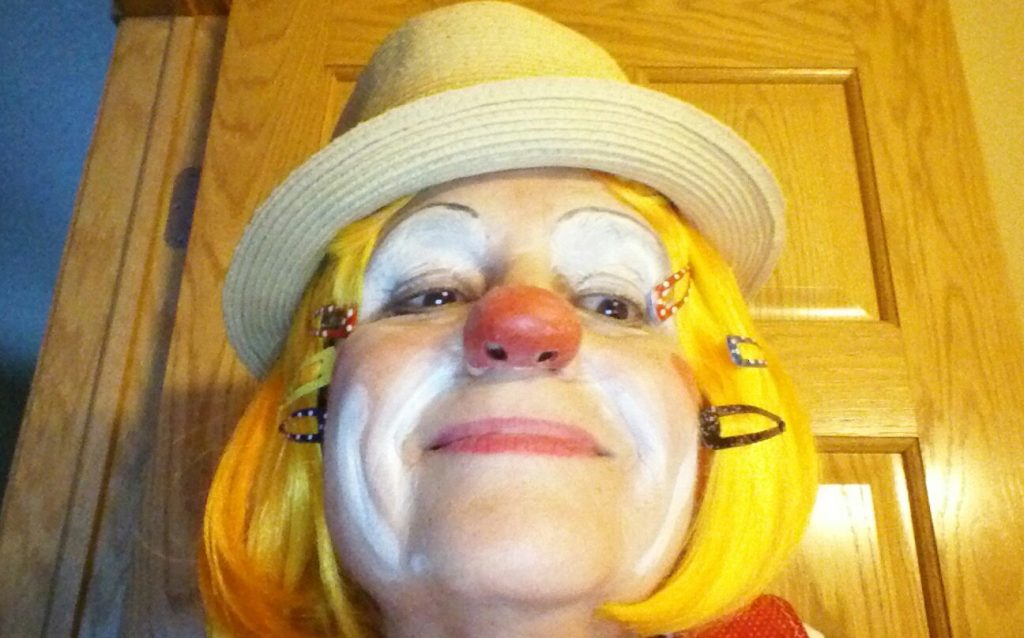 At present, I’m a part-time clown with the alias, DancingDot. In addition, I started the SONSHINE Club, a children’s ministry at our church for kids, ages 5-12. We go out into local nursing homes and present the love of Jesus via games, readers theater and music.

Also, I was Children’s Theater Director at Central Square Cultural Center for the past five years.

My first novel, Laugh, Clown, Laugh, is five years in the making. My mother and grandmother suffered with mental issues, but the facade of vaudeville and theater covered up their bewildered hearts. (Click to Tweet!) Consequently, they both had nervous breakdowns, and their stories inspired me to write this book.

In addition, I met many amazing authors along the way, including Susie May Warren who was the first one to encourage me at a writer’s workshop and retreat. And I pitched to agents at two conferences, but to no avail. Also, I had the book professionally edited twice and revised and revised. Is it ready now? By the grace of God, it is!!

While I wasn’t as persistent as fellow authors and there were many set-backs, every time I was ready to throw in the towel, God said, “What are you doing?” Because God would NOT let me give up, countless prayers, tears, several edits and revision, and perseverance have carried me through. As a result, I’m self-publishing this book, which will be in my hands soon.

In conclusion, I’ve completed the rough draft of the sequel to Laugh, Oddballs Matter, which is based on my mother’s story after she came to know the Lord. Next, a third book in the series will be based on my life. While emotional and mental issues can rob a person of their identity (Click to Tweet!), I pray my books will help someone who is hurting on the inside. (Click to Tweet!)

How can you find Penny Haavig

Because I’m looking for folks to join my Amazing Dream Team, the first five to sign up via email at pnhaavig@wisper-wireless.com will receive a complimentary paperback book when released.

Dear Lord ~ First, You created a perfect world and gave Your creation the freedom to choose good or evil. Because humankind chose to disobey, ushering in imperfection and a fallen world, we suffer in myriad ways, not the least of which is mental illness. However, Your plan to bring us back into a state of perfection through Jesus Christ is marvelous. As a result, your daughter, Penny Haavig, is using the imperfection of her family’s past to create stories to help readers who are hurting inside. Bless each word she writes for You. ~ For Jesus’ sake