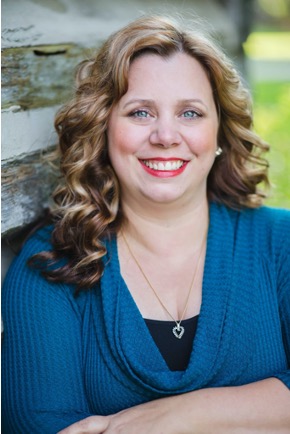 This inspirational romance author lives in Owosso, Michigan with her husband Jonathan, three children, a cat, and two pit bulls. Besides writing, she enjoys reading, having coffee with friends, and spending quality time with her husband kayaking and fishing.

Melissa likes to joke about the voices in her head, but it is those voices that have inspired her to write several romance novels. When she isn’t penning works of fiction, she is busy reviewing books on her blog, Back Porch Reads.

She’s offering a giveaway–Scrumptious Independence–to someone who joins our chat circle below.

Melissa Wardwell: Waiting on Him 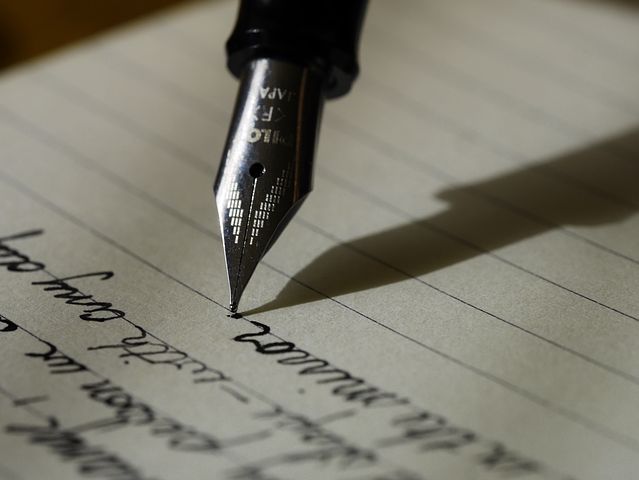 I never had this long-held dream to write, it was something I just did. Journaling, poetry, essays, book reports, short stories—I enjoyed writing all of it. I even have some of the poetry and short stories a girlfriend and I wrote in middle school and high school we would sit in science class and re-write “Roses are Red, Violets are Blue” poems. Some were funny while others were sappy. We even dabbled in songwriting. But never was it a dream to grow up and become a writer.

Melissa Wardwell: Then, one day, I had a vision. 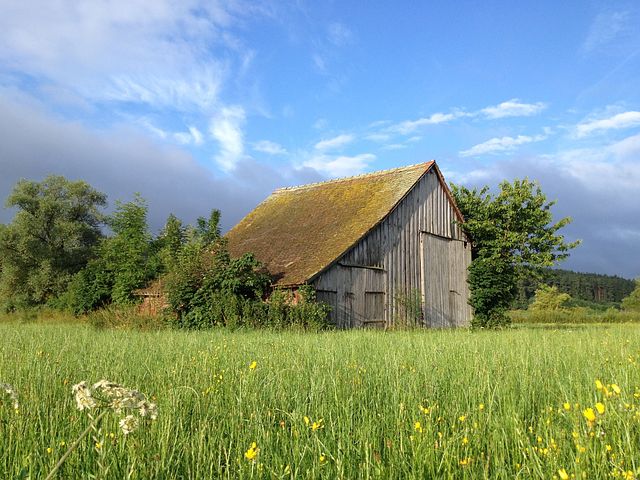 Well, more like my imagination ran away with me. I drive thirty minutes one way to take my daughter to dance class. On one of these days, I passed a barn that had loose boards, faded paint, and was starting to bow in the middle. As I looked at the barn, I started to see images play out of a woman exploring that barn. I could feel her curiosity, hear her questions, smell the freshly plowed dirt. It was strange to me.

While waiting for my daughter in class, I began to ask myself, “What is she doing in that barn? What is her life like? Does she have a family?” And the “beast,” as I like to call my imagination, was released from the cage. I couldn’t stop seeing this woman’s life play out in my mind like a movie. When I told a friend, she reminded me that God will give us talents. Eventually, He will call them in to be used for His glory. So I began the journey.

Melissa Wardwell: Fast forward five years and I am lost. 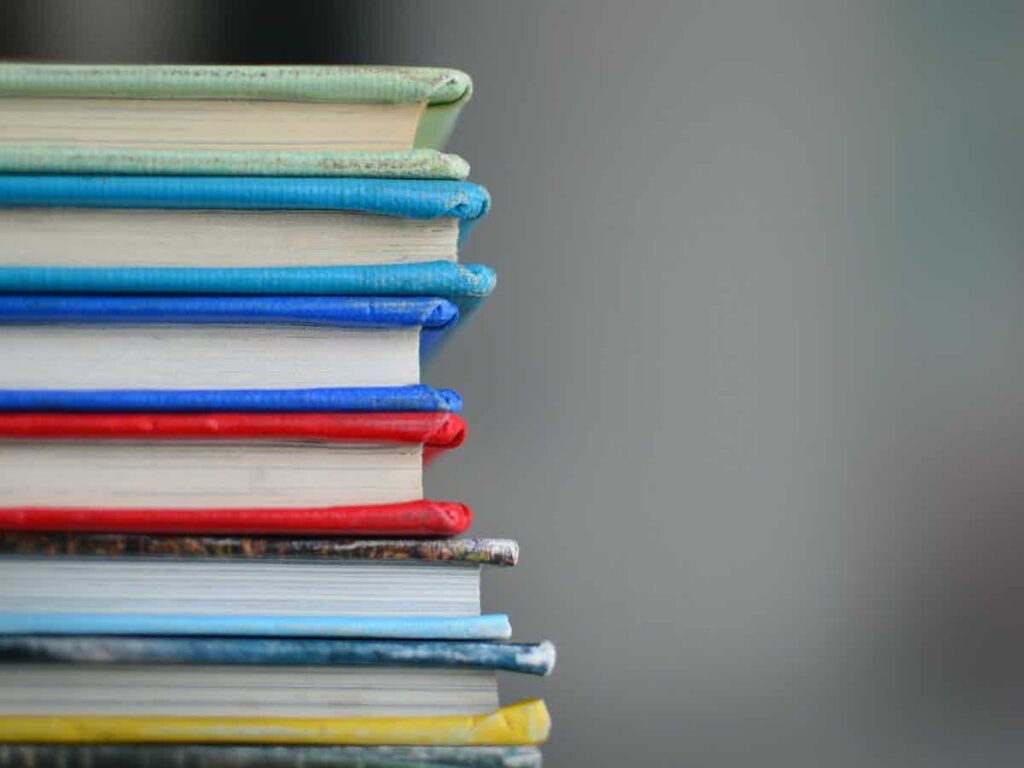 In five years, I published five books and added my name to a couple of other collections. It had been a time of emotional ups and downs as I navigated independent publishing, but I was sure that if I kept going, God would continue to provide away.

For those who don’t know, independently publishing is not an inexpensive endeavor. Every single thing you do to make that book look nice, read well, and entertain readers comes directly from your pocket. Don’t get me wrong, the rewards are worth it. There is just so much more that I had never considered.

Anyway, in the spring of 2019, I was financially done. The last book I published cost so much that I think it will take me a few years to break even. (But this is not the point of the story, so bear with me.) I was feeling emotionally lost, physically drained, and utterly frustrated with writing. I had more stories I wanted to tell, but I didn’t want to write something and not have the funds to produce it.

One Thursday evening, I was sitting in my parents’ living room, lamenting about how lost I felt as well as concerned over not having the funds necessary. They let me ramble on for a bit, only nodding their heads from time to time. When I stopped to take a breath, my dad leaned forward in his chair and asked me, “Why do you write?”

It took me a minute to think about it because it was such an out of the blue question at the moment. 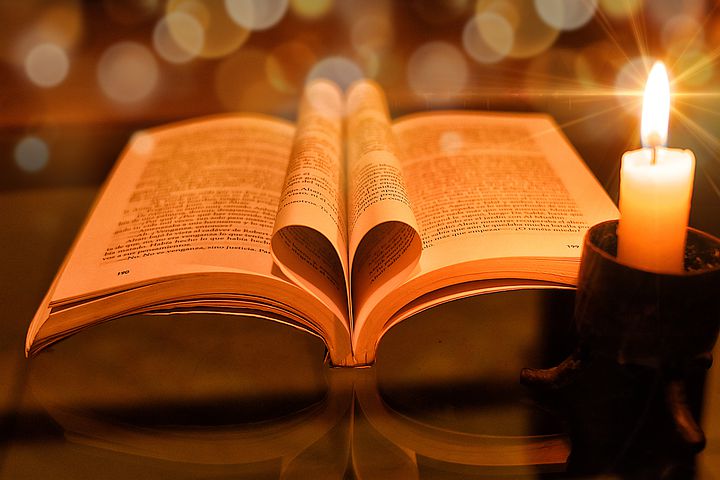 “To give God glory,” was my textbook answer but there was more. “To encourage others. Show the world that even Christians can make a mess of their lives but Jesus can bring us out. But more importantly, to Give God glory.”

He sat back with a smile and said, “Then keep trusting Him to provide the way to make it possible.”

Dad was right and I knew it. I felt that same phrase in my heart throughout the five years I had been writing. If we are doing something that is put into place by our Creator, He will make a way for it to get out and for Him to be glorified.

When I left their house to go to worship team practice, I began to cry. I asked God to forgive my doubting heart and intervene if I was to continue writing. I worshiped my heart out that night and went home feeling 1000% better than I had in weeks.

I have done a lot of work, mostly book reviews, for CelebrateLit Publicities, but the day after that conversation with my parents there was a post. It was a post from the company’s publishing department asking for submissions. They were looking for six authors to take part in a two and a half year, thirty book collection that all books would take place on a fictional group of islands off the coast of South Carolina and Georgia. When I saw the post, I knew in my heart that one of those places would be mine.

I talked to the publisher, Sandra Barela, about exactly what would be expected because I had never taken part in something like this. After our talk, she directed me to speak to the brainchild of the collection, Chautona Havig, for more in-depth details. After that conversation, I went to my computer and wrote out a brief description of what my five books would be, the characters involved, and the mobile business my main character would be owning. It all came to mind so easily, like my very first story back in 2014.

In the fall, I was informed that I was one of the chosen (sounds like another book title, doesn’t it?), and I began the task of plotting. Now, this has proven to be a new kind of challenge in and of itself, but I welcome the growth that comes with it. I am learning things about Melissa the woman and Melissa the writer. What she is capable of when she doesn’t overthink things and trusts God’s plan.

Waiting on God is never easy for me. Probably isn’t easy on anyone. When we do the rewards are so much great than if we had just done everything on our authority.

Share with us something you have had to wait on God for. How hard was waiting? Were you patient or did you try to shoulder your way through a couple of times?

Each person who comments will be entered to win a digital copy of my first book in the collection mentioned, Scrumptious Independence.

Finding Melissa and her Books 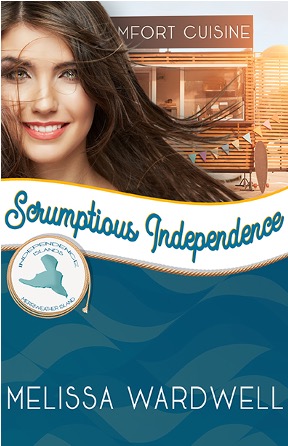 “Taste and see that the Lord is good.”

And so is Beth’s cooking! It’s a good thing, too. After a lifetime of her family’s smothering embrace, a whole new world opens to her with the passing of her beloved grandmother.

Armed with an inheritance she never expected and orders on how to use it, Beth sets off for Merriweather Island and fulfillment of a lifetime of dreams.

Or so she hopes.

What she didn’t hope for was what most women would—a man who fills her thoughts at the most wonderfully unwelcome times. She doesn’t have time or space for a relationship, but how do you tell love to just go away?

Of course, starting over in a new place is never easy, especially as an outsider in a small community. Add to that a mayor who has her dander up and a woman bound to make her life miserable, is it any wonder that Beth begins to doubt God’s and Gram’s plans?

With her heart betraying her resolve and challenges to her faith, Beth finds it takes bravery she didn’t know she had to discover just how scrumptious independence can be.

This “Merriweather book” is the second in a new series featuring five islands, six authors, and a boatload of happily-ever-afters. 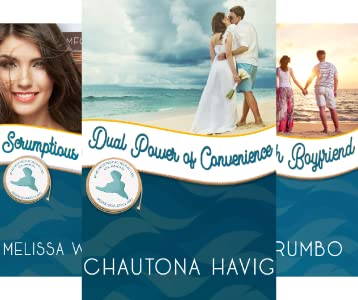 Promises From Above Series

Lord, please bless each word Melissa writes for You.
~ For Jesus’ sake