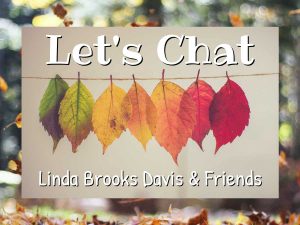 Measurelessness is a concept highlighted in my second novella, A Christmas Measure of Love. What comes to mind when you read this phrase?

Although unimaginable to our finite minds, even the distances to the farthest stars retain a sense of measure-ability. But the concept of measurelessness defies understanding. Somewhat like eternity. Right?

If I were compelled to name one measureless something other than God and eternity, I would answer without hesitation, “My mother’s love for me.” She passed into Glory in 1995, but every year on her birthday, Mother’s Day, and when I’m writing about a fictional mother, my mother’s spirit hovers near. And my heart remembers. In fact, her love for me inspired my second novella, A Christmas Measure of Love.

Goldie Leona Banks Brooks was no shrinking violet. Or pansy. She was more like the lantana and verbena that bloom in Texas most of the year. I doubt she’d delight in this comparison but hear me out.

First, these hardy plants thrive in heat and drought and aren’t fussy about the soil. They add bold color to the garden and require zero tending. They’re dependable and determined, and they find a place to bloom, invited or not. They don’t give off fancy fragrances, but they don’t apologize either.

Mother’s favorite flower was the rose (with the orchid coming in a close second). I think she admired their delicacy, and I know she loved the scent of the rose. It’s a good thing she was neither a rose nor an orchid, fragile and fussy about her surroundings. She wouldn’t have managed as a Great Depression farm wife otherwise. Nor would she have survived twenty-five trying years of widowhood, holding onto the home and farmland she and Daddy worked so hard to acquire.

When Mother’s birthday appears on the calendar each year, I return to memories of growing up as Goldie’s girl. She had always wanted a daughter, but by 1941 she had given birth to three boys and buried one. So, when in 1946 her doctor confirmed she was expecting another child, all she could think were girl thoughts.

Thereafter, she made a pest of herself among church friends, asking them to pray for God to give her a girl. (Truthfully, they ran the other way when they saw her coming. 🙂 ) She threaded her days with incessant prayers of her own. Please give me a girl.

But in time she convinced herself it was better to build a wall of defense around her heart than to leave it exposed to disappointment. So, when she entered the clinic to deliver her fourth child on the 5th day of September, she told herself she and Wilson were destined for a household of boys. (Would she have traded either of her precious boys for a girl? Never!)

So, when the doctor announced, “It’s a girl,” she heard “It’s a boy” and held tears in check. Until Daddy entered her room with a huge grin.

Then the doctor entered the room. “You did it, Goldie. You got your girl.”

Wiping her face with a sheet hem, Mother sat up.

And the rest is … Well, it’s proverbial history packed with mother love and gratitude. And a lesson learned: Never underestimate the power of a mother’s love—or her prayers.

Later, the preacher wrote to friends who had moved away.

Praise the Lord! Wilson and Goldie have a girl! Little did anyone know at the time, but eleven years later, Goldie was to have another baby–a boy again, but–oh–how great was the rejoicing. Frankly, it was measureless. But then, so was Daddy’s. They made it easy for me to grasp how deep and wide, long and high God’s love for me is.

I pray that you may have power, together with all the Lord’s holy people, to grasp how wide and long and high and deep is the love of Christ …
Ephesians 3:17-18 NIV

Indeed, Mother was like our Texas lantana and verbena.

Strong. Stubborn. Self-sufficient. At times, overly so. She asked no one to wait on her or tend her. But—oh—how I wish I could.

Lord, how weak is our faith. We often pray, doubting.
Help us to pray, trusting.
For Jesus’ sake.