Kayleen Reusser first published her writing 30 years. Her articles include five stories in Chicken Soup, Decision Magazine, Today’s Christian Woman and 16 books for middle grade readers. Kayleen has interviewed veterans of World War II who endured starvation, abuse, isolation, physical illness, brutal work conditions in inclement weather and other life-threatening conditions as prisoners of war. She’s offering her new book, Captured! Stories of American WWII Prisoners of War, as a giveaway to someone who joins our chat below.

Take it away, Kayleen!

A Word from Kayleen

Hello! My name is Kayleen Reusser. I am the proud wife and mother of Air Force airmen.

I have always loved to read and worked in two libraries – a Christian college and middle school.

By interviewing veterans and writing their stories, I hope to show my support for the military and preserve our nation’s military heritage.

My goal in telling what our veterans did for us 75+ years ago is to increase our country’s level of patriotism. 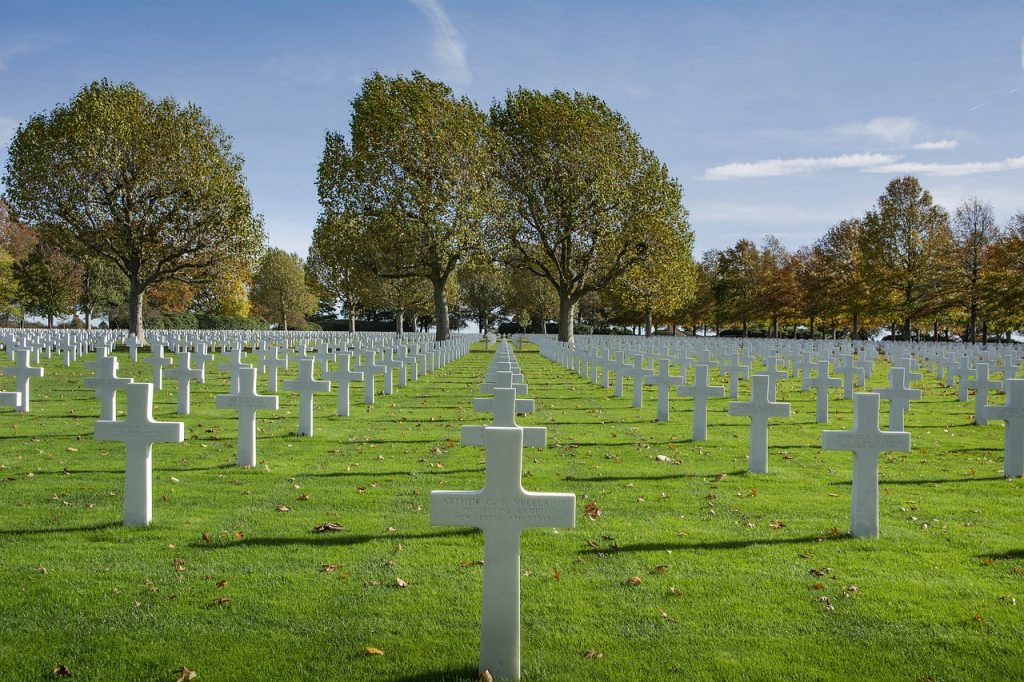 About a decade ago I interviewed a World War II veteran for a local newspaper. Carl Mankey served as a Marine in the Pacific. He talked about the islands of Tarawa, Tinian and Peleliu. He was injured twice and had two Purple Hearts. Hearing his story made me feel like I was sitting in front of a living piece of history. I wrote the story, never dreaming how that experience would change my life.

With all of this interest in World War II, my husband John & I completed a 10-day World War II tour of Europe. It was a group tour that traveled to France, Belgium, Luxembourg and Germany. Since then, I have presented our experiences into a talk that I give to libraries, church and civic groups. I add comments made to me by veterans who served in places like Omaha Beach, Paris, Hitler’s Eagle’s Nest, Dachau, Nuremberg, and more. I always end a blog post, speech, book, Facebook post with a heartfelt thanks to our veterans for their service. We would not be here today without their commitments to serving our country. God bless them and their families.

While all of my books are special for their content of veteran stories that are part of our American military heritage, the recent publication of Prisoner of War stories has been a breakthrough. 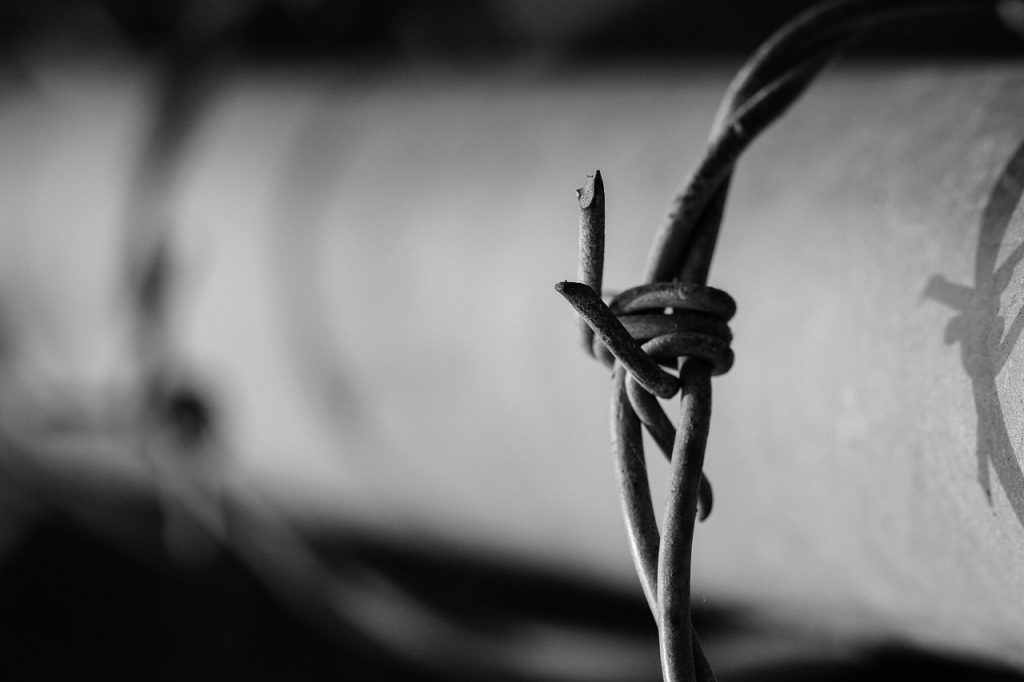 I had avoided writing in-depth Prisoner of War stories because I thought it would be too depressing. But in 2020, it seemed like we were all feeling like POWs due to the Covid-19 virus —we can’t go places, we’re in lockdown, there is uncertainty about the future and we seem to be walking through the ‘valley of the shadow of death.’

I had interviewed some POWs and knew these were a unique group of World War II stories. The journal of a young Army soldier who had been captured by the Japanese in early 1942 was different. He had quit school and lied about his age to go in at 15. His vivid descriptions of hunger, lack of sanitation and medical care and his attempts to keep up his spirits were riveting.

He ran through the jungle shortly after the Japanese invasion of the Philippines in December 1941 and fought the enemy until his eventual capture. Seeing the devastating sight of the American flag falling into the hands of the enemy devastated him.

He survived the Bataan Death March, dysentery, beriberi and other illnesses. Used as a slave laborer for three years, he was liberated at the end of the war at 19 years of age—still too young to vote. His daughter had shared the journal with me, saying her dad put it together years later while dealing with nightmares about the war. Like the other Prisoner of War stories, his needed to be told.

I hope that Captured! Stories of American WWII Prisoners of War will inspire people to appreciate the freedoms we have and not allow them to slip away. 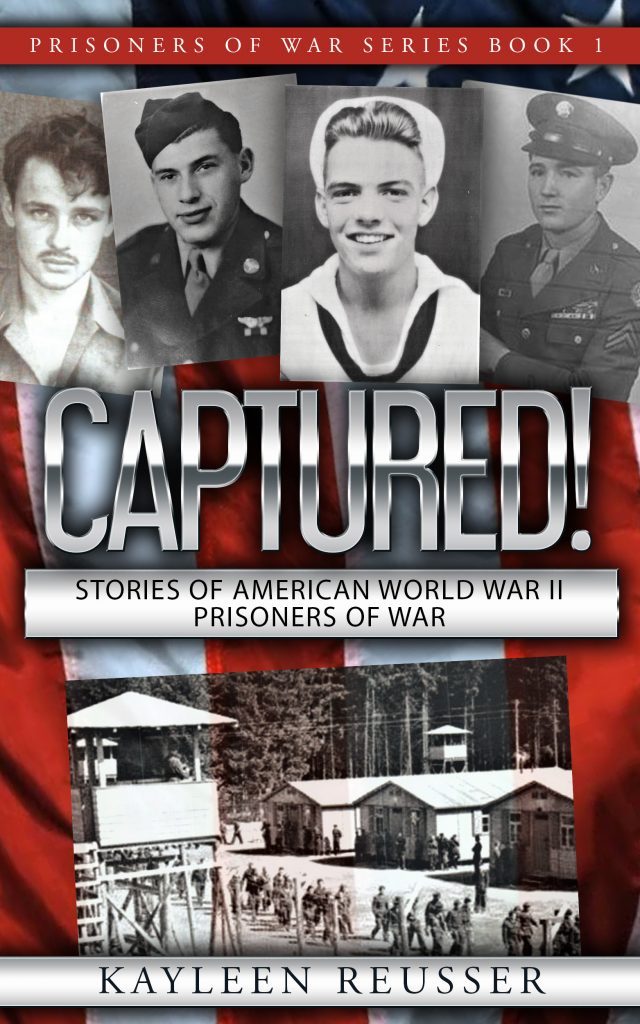 “No one can imagine what it is like to be interned in a prison camp for three years, to be beaten and tortured, worked to the point of exhaustion daily and to live in filth and disease. I was one of the few who marched into one of those hellholes and marched out, a survivor.”

These grim words from a Bataan Death March: American soldier tell the true story of what prisoners of war – many of them teens – experienced from 1941-1945.

Other stories in this volume include a radio operator of a B-17 on a prison ship with 1,800 ill men who fell ill himself. Will his sickness prevent him from experiencing liberation?

A sailor who escapes from his Japanese captors, only to be betrayed back into their hands. Can he summon the fortitude to carry on through months of ill health, back-breaking work, and lack of food?

A ball turret gunner who dared to escape, not once but four times from his German captors. Can he get a message to American forces before his prison is bombed?

These stories will inspire patriotism and love of country as none other.

Find my books on Amazon at https://amzn.to/2JBjEPV. I’m on Goodreads also: http://bit.ly/2oFCRJB. I appreciate reviews at these sites!

Interview about Prisoner of War book with Pat Miller on WOWO Radio https://bit.ly/32Q7zR4

Dear Lord, please bless each word Kayleen writes for You.