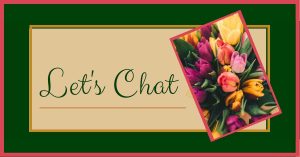 Do you love someone from whom you are estranged? Or have you in the past?

I feel horrible at those times. Estrangement from a loved one strikes me in the gut. Squeezes my heart. Often I feel nauseous and groan. We want to be of one mind with someone we love, don’t we?

Estrangement communicates division. Antipathy. Quarrels. Anger. Recriminations. The last thing in the world I want is to be estranged from someone I love. Be at odds with a loved one? No thank you. Quarrel? Please, no. Feel anger boil inside me toward a person I love? Horrors.

On numerous occasions over my lifetime, I’ve found myself estranged from someone I care about, and I’ve been miserable. So miserable I’ve been compelled to set things right. Sometimes I’ve accepted responsibility myself; others, I’ve accepted another person’s apology. Either way, when it happens I feel as though a weight has been lifted from my chest.

Estrangement plagues me at present. If this is true for you, I empathize.

Some estrangements are minor and seem to disappear without effort. Others are more significant and require certain words and/or actions to correct them. But others are seemingly impossible to set to rights.

On two major occasions in my lifetime, I’ve been forced to accept the estrangements imposed by loved ones. One was a divorce. Coming to terms with—or reconciling with—the mate who chose to cast me away took years. But now I can smile when I remember all the happy times. The ache that at one time tore me apart disappeared. What a relief!

In addition, another kind of family brokenness—an estrangement I have yet to understand—appeared out the blue. My every effort to repair it failed. Certain precious individuals I love more than life continue to turn their backs, push away, and spew incomprehensible bitterness. So far, reconciliation has been impossible. But I still long for it.

The tragic scenes from Ukraine illustrate estrangement in the extreme. They remind me of the persecution Jews and Christians have suffered over the centuries.

Persecution: Estrangement in the Extreme

History from ancient times to the present records the persecution of Jews, the most notable being the Egyptian enslavement as recorded in Genesis and Exodus and the attempted extermination under the Nazi regime.

Christian persecution has also existed from its inception, the most notable in recent times being the modern-day barbarism and extermination attempts in certain Muslim countries. The blasphemy/apostasy laws map below shows the countries in which Christians can be imprisoned or executed for exercising their faith, in particular the conversion of a Muslim to Christianity. In 2022. 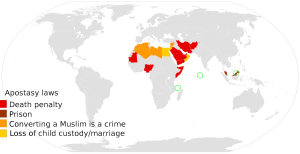 Let’s think of ourselves as pinto beans.

Beans and cornbread was the default meal in our household. My mother maintained a seemingly perpetual pot of pinto beans. And I have done the same. Before setting them on a burner to boil, I comb through each batch for refuse like pebbles and discolored beans. Sometimes the discarded beans end up outside. With the right amount of water and sunshine, some of those nuggets sprout and produce bean plants. The discarded and the discarder have reconciled. The refuse has become a treasure.

I like to think of Ukrainians as pinto beans.

Land that drinks in the rain often falling on it and that produces a crop useful to those for whom it is farmed receives the blessing of God.
Hebrews 6:7

In a nutshell, the grace of God solves the problem of estrangement from Him and others.

But now in Christ Jesus you who once were far away have been brought near by the blood of Christ.
Ephesians 2:13

He has saved us and called us to a holy life—not because of anything we have done but because of his own purpose and grace. This grace was given us in Christ Jesus before the beginning of time …
2 Timothy 1:9

Make every effort to live in peace with everyone and to be holy; without holiness no one will see the Lord. 15 See to it that no one falls short of the grace of God and that no bitter root grows up to cause trouble and defile many.
Hebrews 12:14-15

Dear Lord, don’t let us miss Your grace even in estrangements.
~ For Jesus’ sake ~