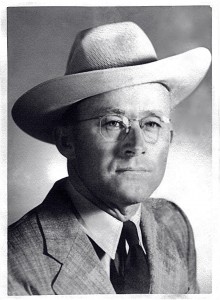 This is a day of remembrance and gratitude for my three brothers and me. Our father, Wilson F. Brooks, passed from this life into the next 44 years ago today.

Everyone who knew Daddy recognized various aspects of his sterling character. Folks knew him to be cheerful and kind and a faithful family man. His honesty and integrity were never questioned, nor was his wisdom or his sensitivity to the plights of others. He acknowledged God’s standard for right–never his own–and lived by it.

Daddy was known best as a man of faith. Case in point: When my brother Dalton was involved in a near-fatal car accident in 1961 in a city hundreds of miles from our home, the hospital knew only the hometown of this young man who was not expected to live. So they spoke with a telephone operator.

“It’s Wednesday,” the operator said, “so the Brookses are at church. I’ll connect you.”

The phone call came to the preacher’s office just as we were filing out the door. I heard the phone ringing … can still hear it.

The extent of Daddy’s influence through his faith, love, devotion, selflessness, wisdom, and integrity is incalculable. Aside from Jesus, I’m most thankful for Daddy’s love and the life standard he set. I saw in him a tangible representation of Jesus and learned to appreciate a similar man: my husband Al. For now, I can’t touch Daddy, but I can feel him.

More than one man in The Calling of Ella McFarland possesses
character qualities like my father’s. Do you have similar memories? I’d love to hear about them.

A good name is more desirable than great riches;
to be esteemed is better than silver or gold. Proverbs 22:1 (NIV) 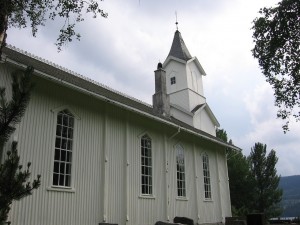 Some memories are just plain memories.

Others are precious. Precious memories.

Ever hear of shape-note singing? It’s alive and well in The Calling of Ella McFarland’s fictional Christ Church in the community of Needham, Oklahoma, as it was in the church where I grew up in Raymondville, Texas.

Shape notes are based on an ancient method of music education, solfège in French and solfeggio in Italian, in which each note of the tonal scale is represented by an assigned syllable–do-re-me-fa-sol-la-ti. But shaped-note music takes the method a step further by assigning a specific shape to each note/musical syllable:

This method enables a singer to mentally hear the pitches of a piece of music and sing them aloud without benefit of instruments, as we did in my home.

“Let’s sing,” my mother would say when she’d manage to gather her four children in one room.

We’d groan but cooperate and then enjoy ourselves far more than if we’d watched a ho-hum TV show or even played cards. I couldn’t name a single TV program that might have aired any of those days in the ’50s, ’60s, ’70s, and ’80s. But I do recall with extreme clarity what I saw and heard and how I felt–warm, secure, and included–when we sat in a circle with hymnals in hand, picking out songs. Pages would flutter and soon we’d be calling out our favorites: perhaps #343, “Ivory Palaces” … or #542, “Purer in Heart, O God” … or maybe #807, “Precious Memories”.

We sang a cappella, with our voices alone, as did my grand- and great-grandparents and others before them. My grandfather, George H. Brooks, taught the method a hundred years ago. My father, Wilson F. Brooks, led singing from the 1930s onward using the same method. He saw to it that his sons–Jerry, Dalton (Butch to us), and Dale–learned to lead singing the same way. From 1952 to 1975, Daddy sent each of his boys to five summers each of “singing school” in Sabinal, Texas to refine their skills. He was a farmer, summer was cotton season, and he needed their help, but singing school came first.

When we gathered in our pine-paneled den, Daddy, Butch, or Jerry would run up and down the scale–do-re-me-fa-sol-la-ti –to find the right pitch. Butch would start us off. Mother would join in

with her soprano; I, alto; Jerry, tenor; and Daddy, bass. Soon little Dale had learned the songs, and before long he was singing bass himself. Precious memories, indeed.

Daddy went to his heavenly reward in 1971, but Mother kept the family’s singing tradition alive. As she was declining in 1994, we four siblings figured the best way to honor her was to sing at her funeral. But could we manage to do so? Probably not in a way anyone would want to listen to. So we recorded a few songs.

The recording below is a clip from our tribute to Mother for her funeral in 1995. (“Precious Memories,” J.B.F. Wright, 1925) It’s a tribute to Daddy, as well. And to Grandaddy Brooks and his father, J.W. Brooks, who established the family tradition when he settled in Silverton on the High Plains of Texas in 1900.  J.W.’s family had originated in the Blue Ridge and Great Smoky and Appalachian Mountains where shaped-note singing was born in America.

When Johnny Cash in 1969 sang, “Daddy sang bass, Mama sang tenor / Me and little brother would join right in there …” we Brookses knew what he was talking about. Each of us had a part, and our job was to harmonize. We all joined in, whether inside the house or at an ice cream or watermelon social outside, and our ancestors did the same, sometimes on creek and river banks without a piano or other instruments, an almost lost art now.

Certain a cappella groups have risen in popularity in recent years, making what’s old, new. Their harmony is pristine, prompting comments like “That’s amazing.” But way back when The Calling of Ella McFarland’s fictional Christ Church opened their songbooks and Cade McFarland led them in “The Cross Is Not Greater”, they sang as my family did, using shape-note music.