Jamie Langston Turner vies with a couple other authors for #1 in my hit parade.

Recently I decided I want occasionally to veer off my usual trail on “Let’s Chat!” to highlight certain authors—Featured Favorites–whose works have impacted me and my life. I love all my author friends (and lots I haven’t met), but if I must pick one for top billing today, it’s Jamie.

My favorite of Turner’s novels? No Dark Valley.

My giveaway this week: $5 Amazon gift card to someone who joins the chat below. (Winner can apply to any of Jamie’s ebooks)

Why Turner? And why No Dark Valley?

I’m drawn to any novel’s important themes. Well-drawn and memorable characters and storyline. Emotions. Beauty of the language. Take-away messages. Intrigue and/or surprise and more. I found all of this in No Dark Valley. So much so that I’m including it in the boxes of keepsakes I’m creating for my children and grandchildren.

I read all of Jamie Langston Turner’s books a few years ago and will never forget them. Call it a “soul mates” thing. Touching dim memories from my distant home and church past. Speaking to a tender place in my heart where regret and shame lurk. All of those are true.

If mind-blowing adventure, crime, death and destruction, sex, and violence aren’t your thing . . . Rather, if you’re looking for beautifully written, touching, meaningful fiction that captures your imagination, whirls you into unexpected crevices, and thrusts you out into new landscapes with a chuckle or two, all the while leaving its mark on your heart . . .  If you’re looking for fiction that enthralls you now and stays with you always, Jamie Langston Turner is your gal.

No Dark Valley: Beyond the Remorse, Forgiveness Beckoned 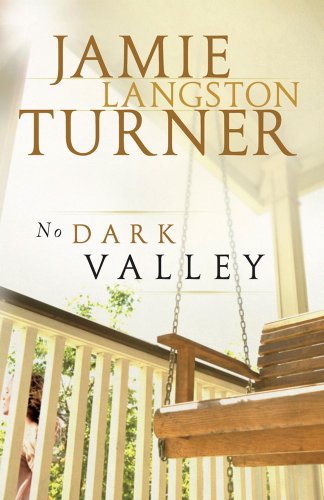 A Little Something From the Front and Back Covers:

She had expected to feel angry. Anger was the kind of emotion that could carry you through a funeral with perfect composure. She hadn’t expected to look down at her grandmother and be flooded with this strange conglomeration of guilt, regret, curiosity, sadness . . . 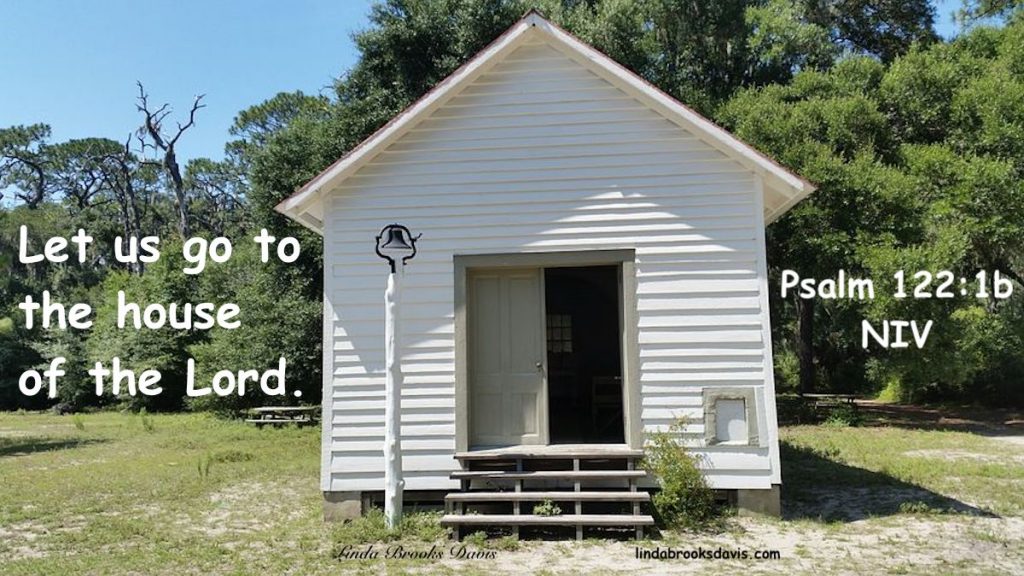 Her grandmother’s funeral meant Celia Coleman must return to the small town she had hoped never to see again. The memories of that long ago home and church–and of her own behavior there–are not happy ones But now the floodgates are about to open.

Bruce Healey is struggling with guilt over his own past, and Celia wants nothing to do with this neighbor of hers. But when God lifts them each from their dark valleys of shame, their hearts could indeed be ready to give and receive love.

Excerpt from Chapter One: “The Birds Hush Their Singing” in which Celia arrives in Dunmore, GA 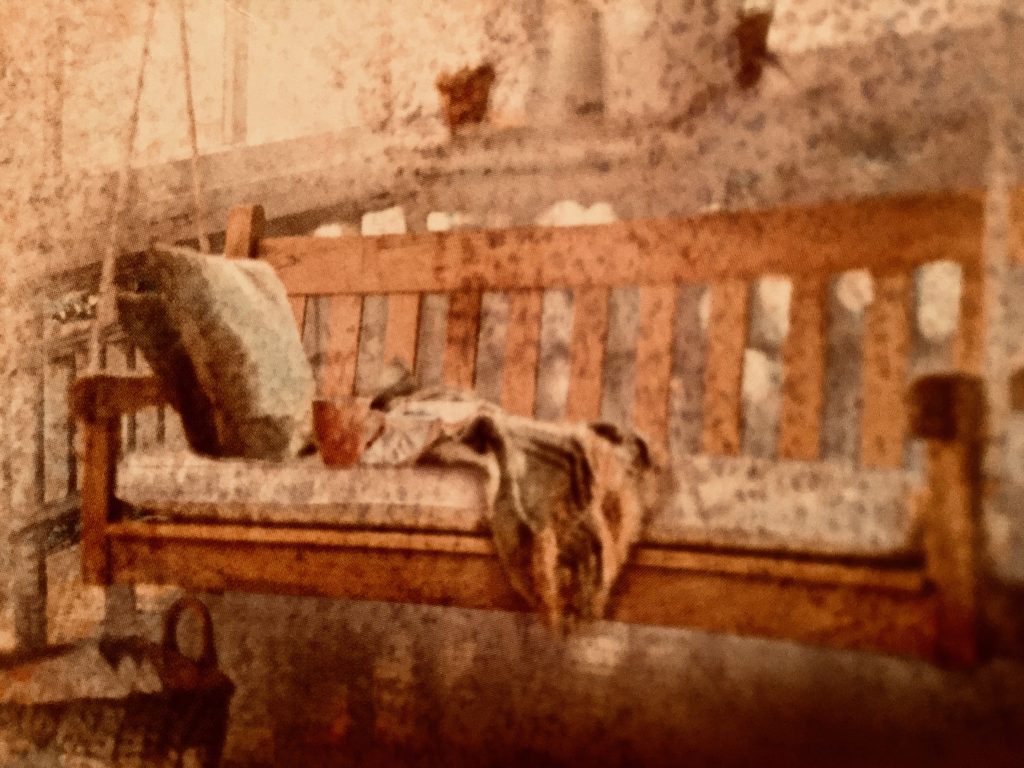 ‘We been hoping you’d come,’ Aunt Beulah called. She stepped out onto the porch, letting the screen slam behind her. ‘Come on inside before you freeze to death. Everybody’s here eating.’ Her words came out in little white puffs. She was wearing a nubby black sweater over a navy blue dress and pink terry-cloth slippers on her feet.

Celia felt a wave of panic. So that explained all the cars parked up and down the street. If she had known about this, she would never have agreed to come. She had expected only Aunt Beulah and Uncle Taylor, not everybody. ‘Come on by the house first,’ Aunt Beulah had said over the phone. ‘We can have us a little visit before we go to the funeral home.’ 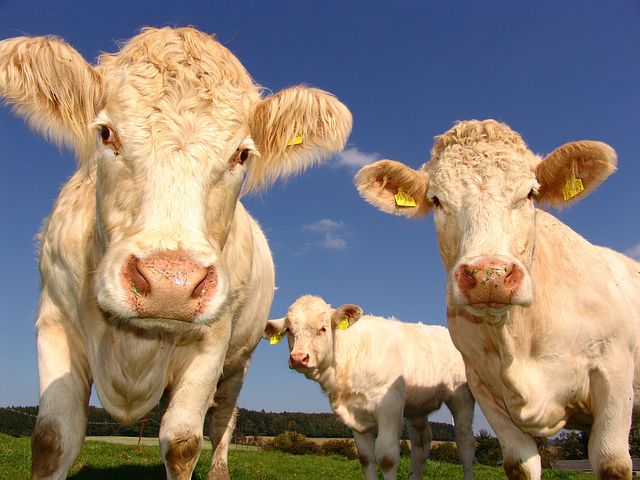 ‘Now, tell me again which cow this is,’ Al said as they started up the sidewalk. On the drive here Celia had told him the names of her grandmother’s five sisters–Clara, Bess, Beulah, Elsie, and Molly–to which Al had replied, ‘They sound like cows.’ He had then laughed, for what seemed to Celia a little too long, at his joke. He was right about their names, of course. And her grandmother’s name had fit right in with the rest: Sadie.

‘This one’s Aunt Beulah,’ Celia said. ‘She’s the only one of them who ever liked me.’ 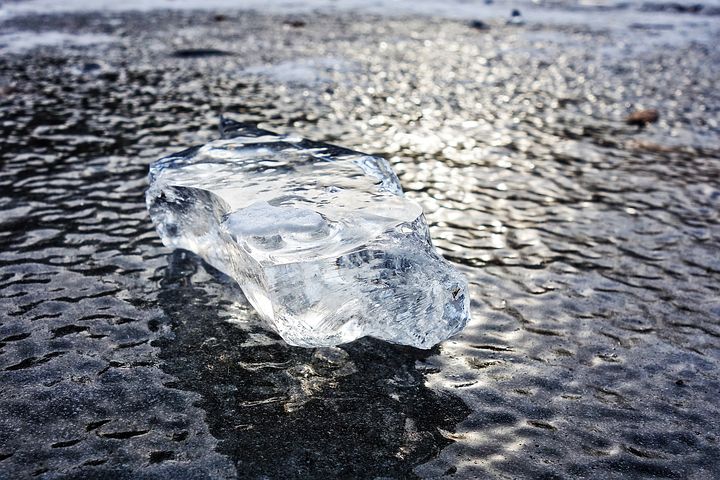 ‘Watch out for that icy patch there!’ Aunt Beulah called. ‘Molly nearly slipped on it earlier. I got Taylor to sprinkle some salt on it, but it might have refroze.’ She shaded her eyes as she watched Celia and Al approach. ‘I’m sure glad you could come. I told them you would.’ The implication, clearly, was But nobody believed me.

Aunt Beulah stepped back and opened the door again. Behind her Celia could see a roomful of people, all jammed together with plates of food balanced on their laps. Somebody cried out, “Mercy, you’re lettin’ the cold in, Beulah!” 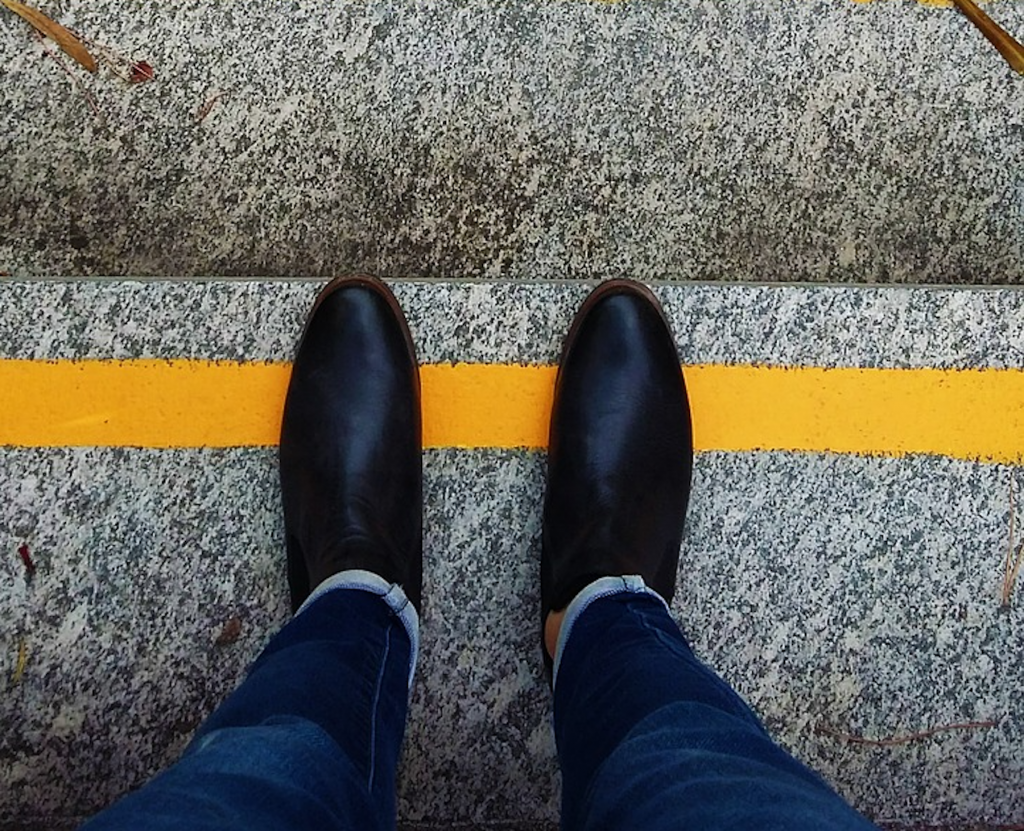 Celia felt her knees go weak as she started up the steps, Al at her elbow. “I don’t think I can do this,” she said to him. “These people are perfectly capable of violence. There’s no telling what they might do.” She could picture herself in the middle of Aunt Beulah’s living room, surrounded by all her Georgia kinfolk coming at her with their knives and forks.

‘Don’t worry, I’m here,’ Al said. ‘I won’t let them do anything.’ He put his hand on her back. Celia knew he was looking forward to meeting her relatives, to see for himself if they were as weird as she had claimed.

The hum of talk stopped as they entered. Celia glanced around at the cricle of faces and nodded. She didn’t actually look at the faces, but at the wall slightly above their heads. She could sense that they were all looking her up and down, that she was being weighed in the balances of their narrow minds and found severely wanting.

From Chapter 25, “One Holy Passion,” in which Bruce Healey observes Celia: 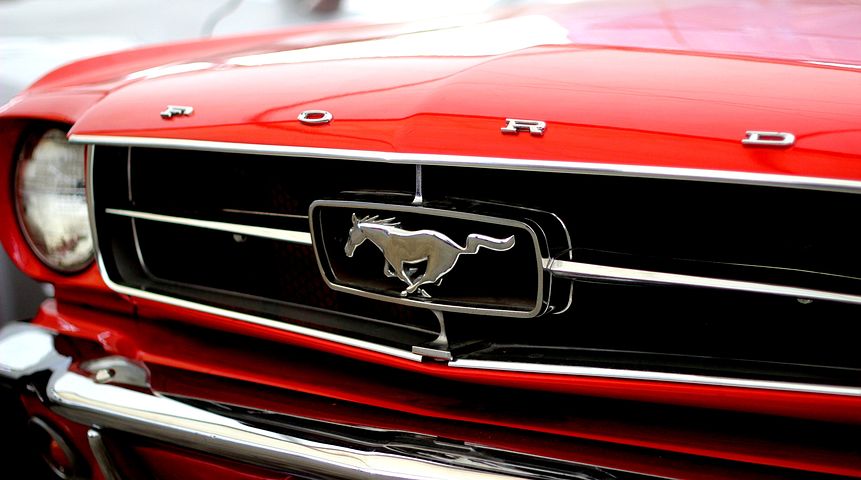 On a Sunday afternoon in late October, Bruce Healey was sitting at the patio table in the backyard trying to carve a jack-o’-lantern to surprise Madison when he saw Celia pull into the driveway next door and park her red Mustang. It still surprised him that a woman like her, so efficient, sensible, and reclusive, drove a red Mustang instead of, say, a dark brown Volvo 280.

He had already gotten all the stringy goop and seeds out of the pumpkin and was working on the second eye–a simple triangular design, which was turning out to be larger than the first eye and a little lower on the face, down toward the middle of its cheek actually. So it would be a freak, but who cared? Nobody expected perfection when it came to jack-o’-lanterns. 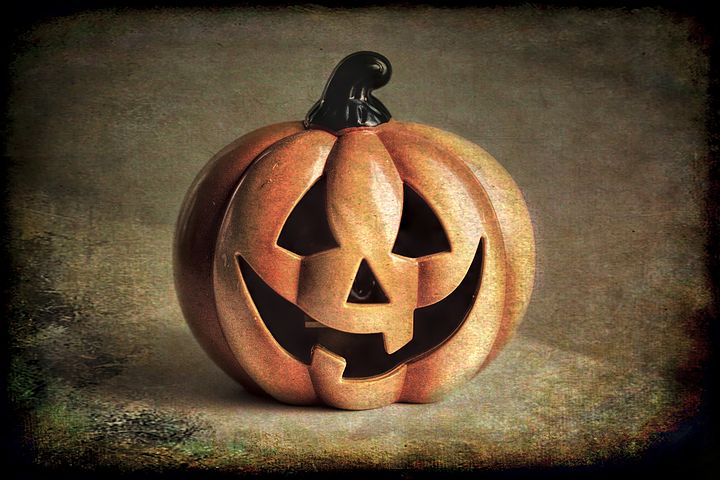 He paused for a moment to watch Celia get out of her car and walk to her front door. He opened his mouth to call to her but for some reason decided against it even though he had a legitimate question already framed and ready to ask: “How many trick-or-treaters usually come around this neighborhood on Halloween?”

In fact, he knew in his heart that he was sitting here in the backyard with the express hope of seeing her. But something about the brisk, beeline way she was moving toward the door kept him from speaking. Not that it was much different from the way she normally walked to the door–as if she had just remembered she’d left a cake in the oven. After watching her disappear inside her apartment, he turned his attention back to the jack-o’-lantern’s enormous misaligned eye.

Bruce Healey had met a lot of women in his life. All shapes and sizes, young and old, all kinds of dull and fascinating personalities, faces that made you look twice, others that made you wish you hadn’t. When he was in college, he used to say he could never get married because he’d always be wondering about all those other women he hadn’t had a chance to meet.

From an email written by a reader from Dover, PA:

Thank you for sharing your gift with us. Thank you for allowing God to speak through your words. Your work has blessed me abundantly.

How to Find Jamie Langston Turner

Jamie Langston Turner was born and raised in the South—Mississippi and Kentucky. She has lived in South Carolina for 45 years and in 2016 retired from teaching creative writing at Bob Jones University in Greenville, SC.

She began freelance writing in the early 1980s, and over the next ten years she wrote short stories, articles, plays, and poems for a variety of magazines as well as material for reading, science, history, music, and literature textbooks.

In 1992 she received a phone call from an editor of Moody Magazine, who had read two of her short stories and urged her to consider writing a novel. Within weeks she started her first novel, Suncatchers, which was published in 1995 by Thomas Nelson. Then she published her second novel, Some Wildflower in My Heart, with Bethany House in 1998. Thereafter, five others, also with Bethany: By the Light of a Thousand Stars (1999), A Garden to Keep (2001), No Dark Valley (2004), Winter Birds (2006), and Sometimes a Light Surprises (2009). Her eighth novel, To See the Moon Again, was released by Penguin/​Berkley in September 2014.

Four of her novels have been finalists for the Christy Award, and two were named winners of the award in the category of contemporary fiction––A Garden to Keep in 2002 and Winter Birds in 2007. Also, Winter Birds was named as a best book for the year 2006 by both Christianity Today and Publishers Weekly.

Jamie has been married for 47 years to Daniel Turner, who is on the music faculty at Bob Jones University in Greenville, SC, and they have a son, Jess, who is a composer living in Indiana, and two wonderful grandchildren, Carolyn Svana, 9, and Charles Kjell, 5.

What wonderful gifts You give, Lord. And when the recipients of Your gift of writing like Jamie use them as You intend, what glory they bring to You and encouragement they provide to readers.
We pray You’ll bless each word Jamie writes for You.
~ For Jesus’ sake