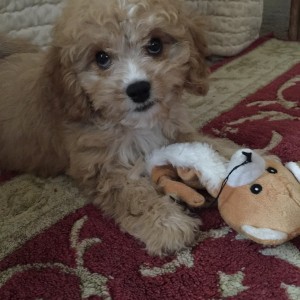 The Calling of Ella McFarland is set in 1905, a time when rules were respected. Generally.

Granted, my Cavapoo Baxter’s only 11 weeks old today. He’s still running around with a baby belly, for heaven’s sakes.

Even a fluffy little bonbon can’t chew on a table leg. Or go potty on the rug. Or pull shoes out of the closet.

He may not know why such rules matter, but rules still apply. 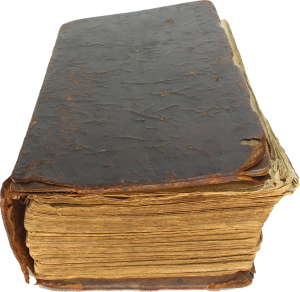 When Baxter hears the NO voice, he responds in one of three ways, all of which remind me of me. (Sometimes I get my way; other times not so much.) But they remind me of Scripture, too.

There’s the “Who? Me?” look. Which doesn’t hold water since Baxter knows as well as I that the truth has been made plain … as it was by Jesus: If I had not come and spoken to them [those who rejected him], they would not be guilty of sin; but now they have no excuse for their sin. John 15:22

Other times Baxter tries the “Look at me!” twirl, another tactic that didn’t 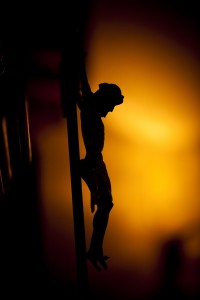 impress Jesus:  Not everyone who says to me, ‘Lord, Lord,’ will enter the kingdom of heaven, but only the one who does the will of my Father who is in heaven. Matthew 7:21

And then there’s the “Poor me” pout. Which brings to mind the Apostle Paul’s letter to the Romans: I do not understand what I do. For what I want to do I do not do, but what I hate I do. Romans 7:15

Baxter’s pout never will translate to the godly mark set in another of Paul’s epistles, 2 Corinthians 7:10: Godly sorrow brings repentance that leads to salvation and leaves no regret … but it touches my heart.

Baxter understands Good boy treats, too. He twirls around, rolls over, and splashes kisses. He knows the one who lays down the law also lies down beside him, feeds him, and lets him lick her face. 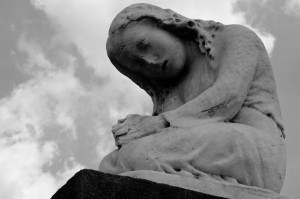 Fortunately for Baxter, he lives in a house of grace. As do I.

For sin shall no longer be your master, because you are not under the law, but under grace. Romans 6:14