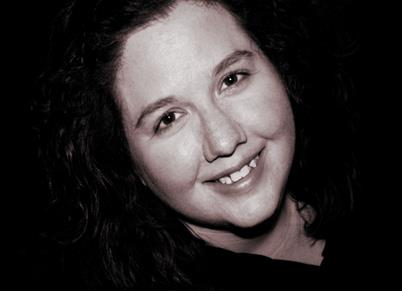 This week I have the pleasure of introducing you to author Carol Moncado, who writes contemporary Christian romances (often with royals :-), otherwise known as Romantic Dramedy in the Ozarks—and beyond.

Carol Moncado’s a hoot, so this should be fun! Don’t forget to comment below for a chance to win one of Carol’s books in digital format via Amazon’s gift option.

Congratulations to Paula Shreckhise, winner of this week’s drawing!

Hey all! I’m so happy Linda asked me to be here today! YAY! I love Linda and her sense of humor!

I write romantic dramedy and originally set it all in the Ozarks because that’s where I live. I’ve been here almost 25 years and plan to die here (a very long time from now :).

I moved from Phoenix when I was 17 to attend college in Springfield, MO. One of the first people I met was this cute supervisor at the local Chick-fil-A where I’d be working. One thing led to another and we’ve been married over 20 years now! 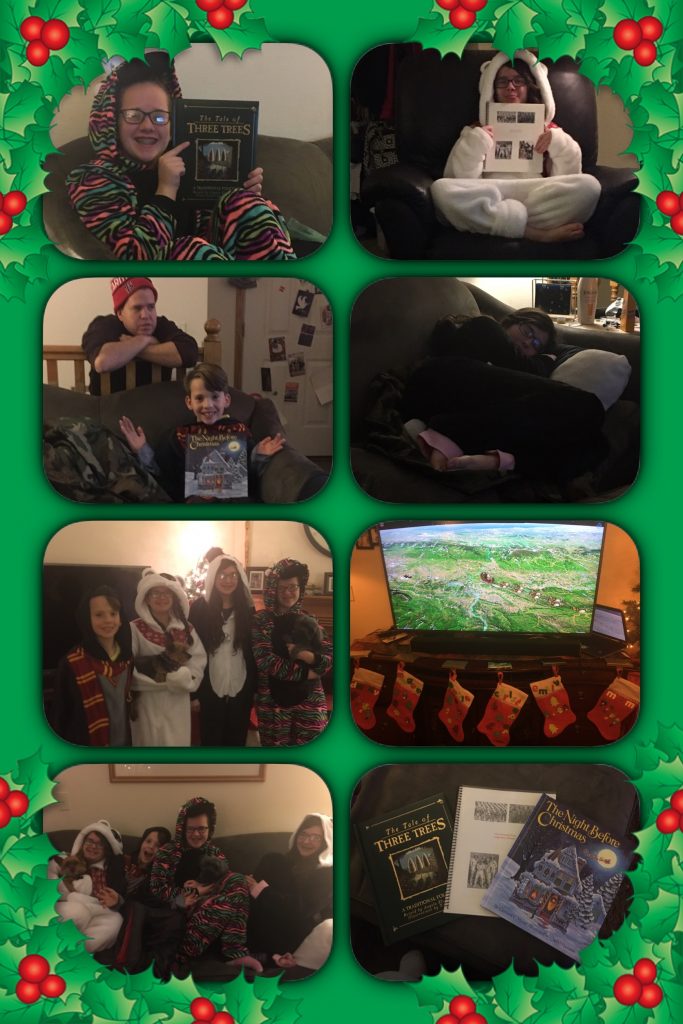 We claim four kids and two dogs who weigh less than many hardback books (okay – not quite, but they weigh a combined 12 lbs.).

Our sixteen-year-old daughter works for our old boss at one of the local Chick-fil-As. She plays tenor saxophone quite well and took her solo to state last year. She also plays clarinet and alto saxophone and wants to learn to play keyboard. Bandmomming is my life in the fall!

Our fourteen-year-old daughter plays flute and does color guard.

Our almost-thirteen-year-old kiddo plays trumpet and does color guard. She wants to play French horn but not yet – and got a keyboard for Christmas! 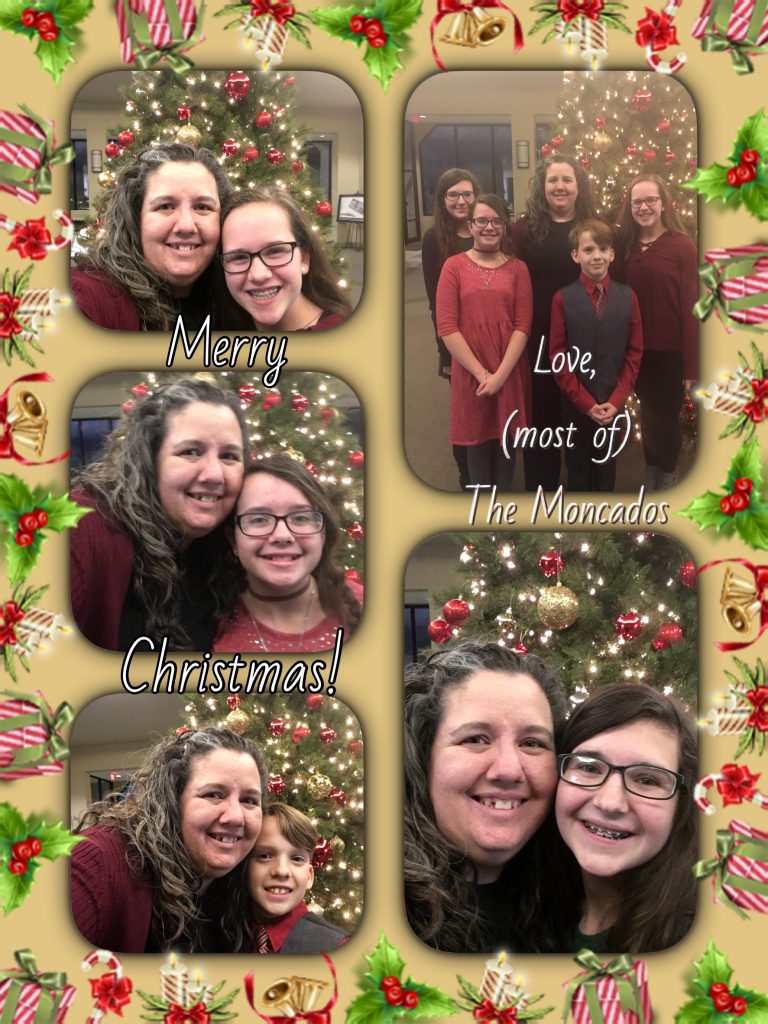 Our youngest is our only boy. He’s ten and still in elementary so we’re not sure what he’s going to play just yet :).

I’ll be a band mom until 2025. Or longer. The oldest plans to direct her high school band when she grows up and her director retires. Then I get to be band godmother!! With hubby’s acquisition of a triangle at Christmas (he’s planning to rock the triangle solo), we have 22 instruments in the house (23 if we can find his tambourine from his childhood).

Me? I play the radio. On a really good day, I can get Pandora to cooperate… 🙂 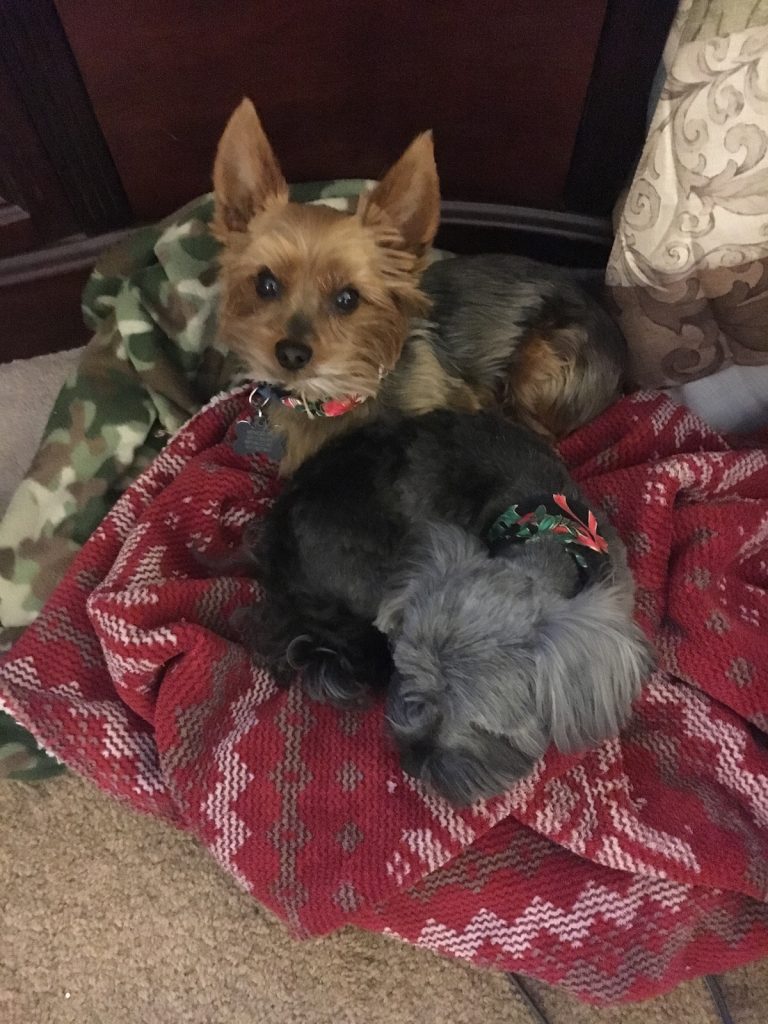 We also have a Shorkie (shih tzu/yorkie mix) named Mr. Benny who weighs 5 lbs and a Yorkie named Jett who clocks in at a whopping 7 lbs.

A Job in Another Time

I spent fifteen years teaching at a local community college, the best of both worlds. I got paid to talk to grownups but my kids were rarely in daycare more than 15 hours a week and often less than that. God also managed to orchestrate it so that when I needed the option of staying home, I was making enough from my writing that I could afford to. 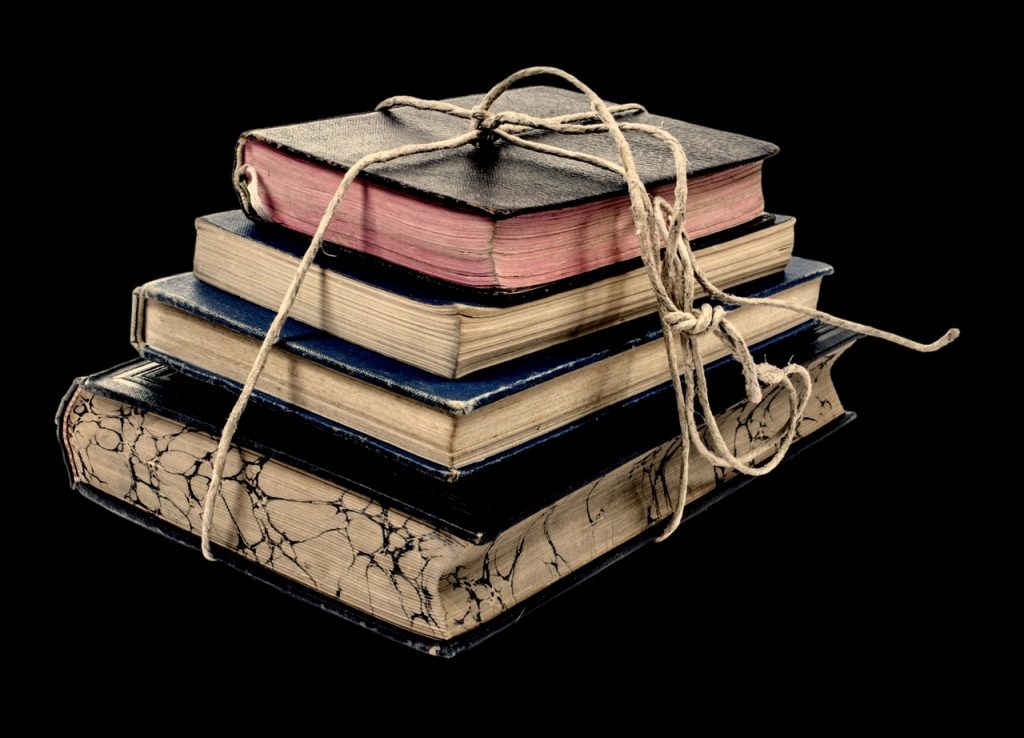 The first book I ever wrote (for real anyway) has a working title of Unbreak Her Heart. I adore the story and the characters, but it needs a major overhaul before I release it.

A whole bunch of books later …

I realized it was time to “fish or cut bait” as it were, and I made the decision to “go indie” and publish books myself. I created my own publishing company, CANDID Publications, bought stock photos, edited the best I could, and went for it. 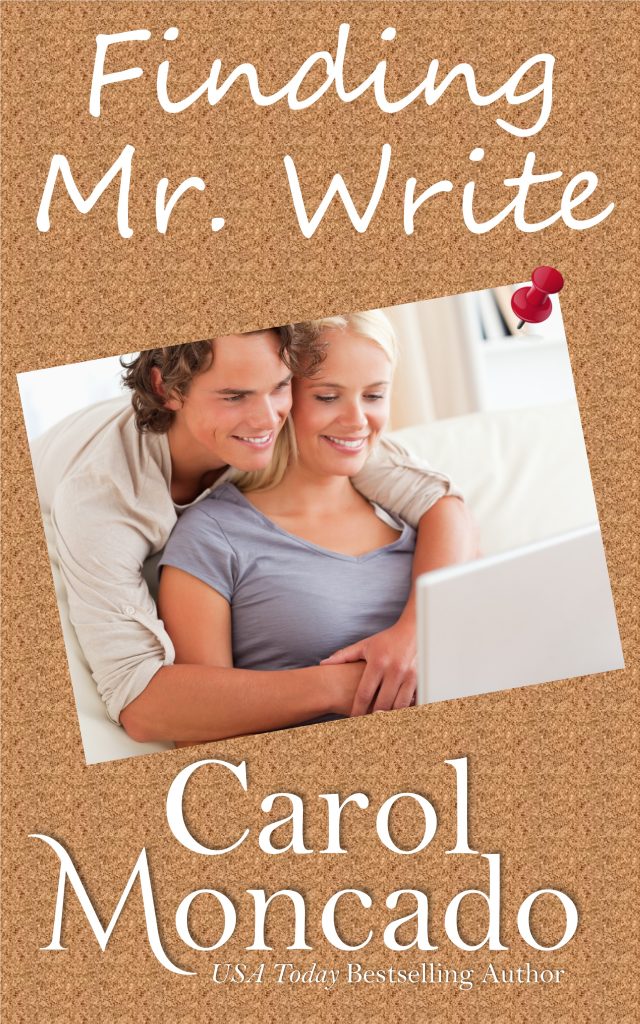 My first release was Finding Mr. Write, Book 1 in the CANDID Romance series. Two authors who travel together to a writer’s conference (much like ACFW’s) find themselves accidentally married. It was so much fun to write and incorporate nods to some of my friends and favorite authors as I did.

I’d pitched it and several others over the years. I signed with ACFW’s 2017 Agent of the Year Tamela Hancock Murray with Grace to Save. We pitched it around, but no takers.

The indie thing hasn’t been easy, but it’s been totally worth it. Tamela has been incredibly supportive over the years and is still my agent even though she doesn’t really have anything to do on my behalf while I’m an indie. Perhaps if I sign a traditional contract some day and become “hybrid”…

Many of those other books have since been published. But four still languish (along with a whole bunch of half-written ones). 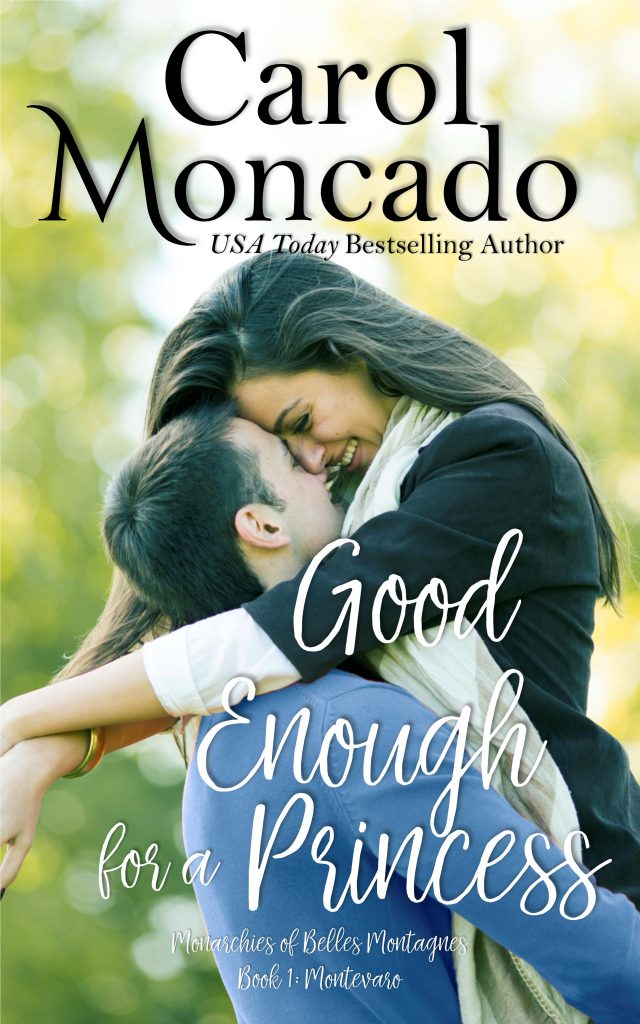 My second book released a week after the first and was set mostly in Serenity Landing with an honest-to-goodness Crown Princess as the heroine. Good Enough for a Princess took off so I’ve been writing mostly royalty books ever since. I  revamped the covers a bit because the Montevaro Monarchy series and the Brides of Belles Montagnes series kind of went together. They became the 6 novel + 1 novella series The Monarchies of Belles Montagnes.

The Serenity Landing Second Chances series of three books tells the stories of the last of the royal siblings from the three countries that make up the Commonwealth of Belles Montagnes).

Starting with Finding Mr. Write, I’ve published a total of 23 books, with the 24th up for preorder. In that number are two more novels in the CANDID Romance series.

The Christmas series, Serenity Landing Teachers, includes three novellas (though one is currently only available in a boxed set). They’re all set in Serenity Landing, MO, a fictional town near Springfield.

My one single novella is set in a bakery in Minnesota.

But one thing I love about my books is that they’re all set in the same “universe.” Characters cross over or pop up in unexpected places. I didn’t set out to write royal romance, but that’s what’s happened!

What’s Up With Carol Moncado Now? 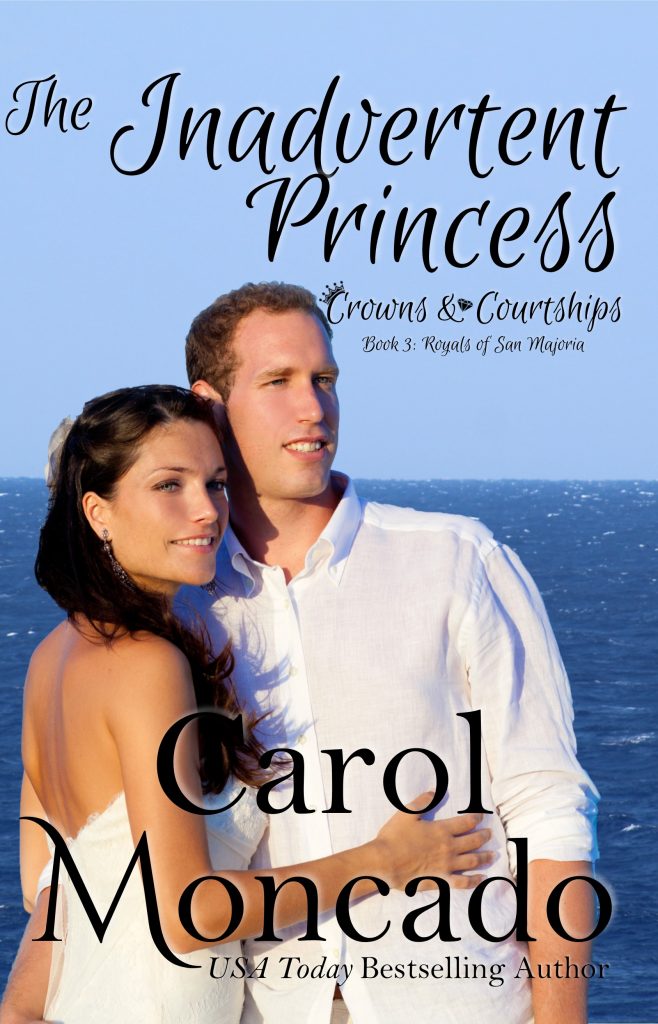 I’m currently writing in a new series – Crowns & Courtships – involving the royal families of two fictional countries in the Atlantic Ocean/ Sargasso Sea, with two other countries on tap.

A prequel novella (Dare You) and Book 1 (Heart of a Prince) start eighteen months before the end of Book 3 in Serenity Landing Second Chances. Then there’s a sort of inbetweenie novella out as part of the super fun Out of the Blue Bouquet set.

Book 3 (The Inadvertent Princess, the second full novel in the series), is due to release January 31. 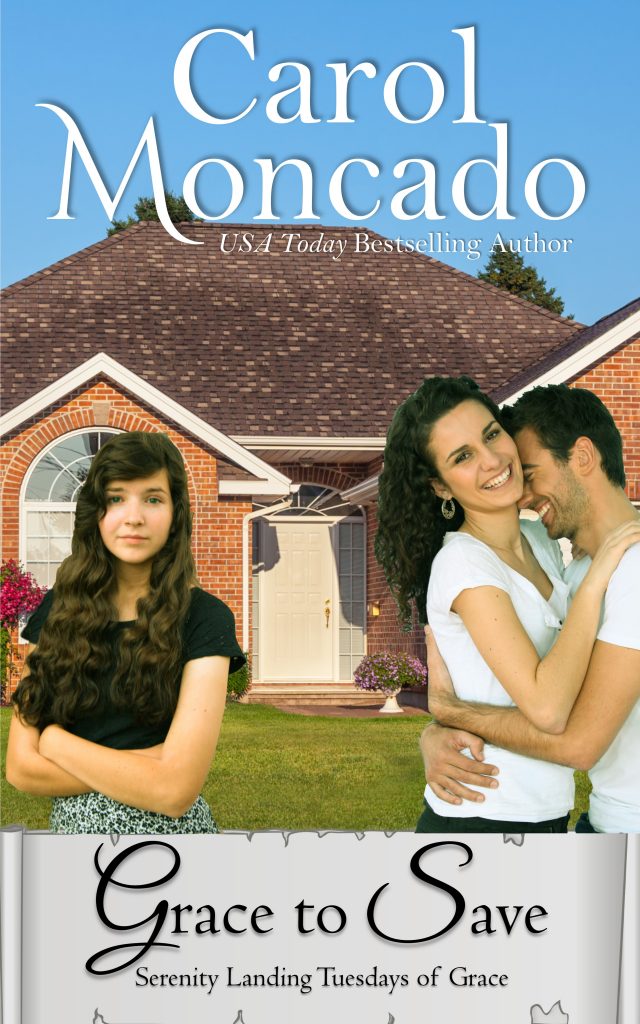 My very favorite book isn’t officially part of a series just yet, though Book 2 should release next year. Grace to Save opens on 9/11 then skips ahead to 2017. (Click to Tweet!) It’s a story of prodigals, redemption, forgiveness, and the incredible grace found in Christ. (Plus the teenager on the cover is my oldest daughter :). If you’ve lost track, that’s 14 novels and 9 novellas, with novel #15 releasing next month.

Clear as mud? Yeah. I have a hard time keeping up with all of it, too, which is why I’m building (with the help of a couple of dedicated friends) my own wiki site. It’s found at www.hea-tv.com (that’s the fictional version of Hallmark) and has book summaries, timelines, and a glossary of characters, etc. It’s definitely a work in progress but we’ll get there – and I’m trying to keep up with new books as they release.

I have been so incredibly blessed with readers and readers who’ve become friends and friends who’ve become my readers. I quit my (admittedly quite part time) day job to write full time and wouldn’t trade it for the world. God’s managed it so that I could. A number of other commitments eased just in time for the band mom thing to really take off. It’s allowed me to commit to being there for my band kids (and, hey, they’re all my band kids :-). I get to be a part of that in a way many parents are unable to. That has been such a huge blessing.

How to Find Carol and Her Books

All of my books appear on Amazon and are in Kindle Unlimited, except Finding Mr. Write and Good Enough for a Princess which are free :).

I blog occasionally at my website www.carolmoncado.com. Check out “Everything You Ever Wanted To Know About Carol Moncado’s Fictional Universe – and more” at www.hea-tv.com (though it’s still in progress)!

Lord, we’re so grateful You created the gift of story. Thank You for equipping writers like Carol Moncado, who thrills us with romance, delights us with comedy, holds us spellbound with drama, and inspires us with faith—in each story she writes. Be with Carol as she directs her Family Circus. Bring their dreams to reality. And bless every single word Carol writes for You.
~ For Jesus’ sake ~