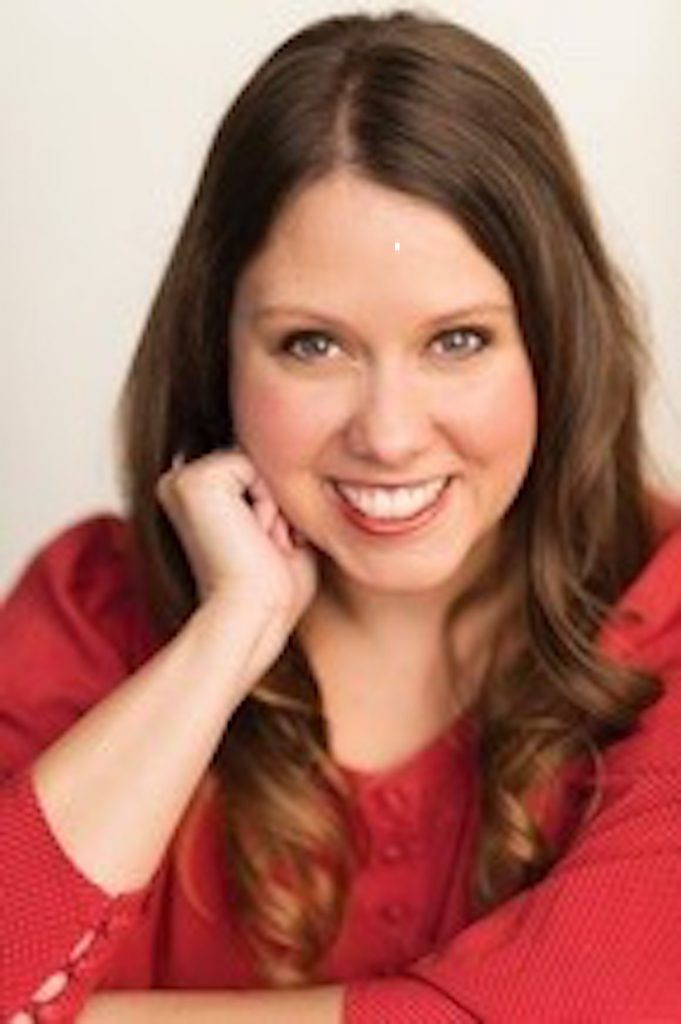 Ashley Clark is our honored author guest this week. Ashley writes romantic women’s fiction set in the South. Her debut novel The Dress Shop on King Street releases December 1st from Bethany House as part one of The Heirloom Secrets Series.

With a master’s degree in creative writing, Ashley Clark teaches literature and writing courses at the University of West Florida. Ashley has been an active member of American Christian Fiction Writers for over a decade. She lives with her husband, son, and two rescued Cocker Spaniels off Florida’s Gulf Coast.

When she’s not writing, she’s rescuing stray animals, dreaming of Charleston, and drinking all the English breakfast tea she can get her hands on.

Ashley Clark in her own Words

Linda, thank you so much for having me here at Let’s Chat! I’m so excited to talk about my journey toward publication and why this particular story is so dear to my heart.

Around a decade ago, I sat at the computer where I am now typing this blog, and I began to create my first novel. I sensed God’s gentle nudge into a new season of my calling. I was teaching college students about writing and assumed the steps toward publication would be straightforward. When that novel was rejected (repeatedly—haha!), I took the rejection in stride. I was determined to pick myself up, dust myself off, and keep going.

I did that for a very long time.

Then somewhere along the way, the criticism began to wear on my resolve. I began to wonder—had I heard from God correctly all those years ago? If I had, why was this proving to be so hard? The tipping point came about seven years later. A novel I was just sure was going to be my breakout debut met rejection… and I met the final blow of doubt. I asked the Lord what I was doing wrong. Did I need to make changes to the way I was pursuing my dream. I didn’t think I could handle the sting of working for years on a book only to have it go nowhere… not again.

Then God answered. This was my story. And it was at that point I realized that the desperate longing of our hearts to see our callings fulfilled can only be satisfied in one way: by finding our hope, our confidence, and our reward in Him.

I wrote The Dress Shop on King Street with a different mindset than I’d had in the past. This story was created with God rather than for Him. Truly, as I told so many people while writing it, I would have dove head-first into this story even if I knew another round of rejections waited for me at the other end.

At its heart, The Dress Shop on King Street is about the space in our lives between calling and fulfillment.

It’s not a self-help map that provides the one secret you’ve been missing and allows your dreams to be instantly realized. Instead, it’s a journey—one I went on alongside Millie and Harper. I hope you’ll go on this journey with me as well. It’s a reminder that Emmanuel, God with us, really is with us always. And that we can receive far greater joy in the in-betweens when walking with Him than we can in a million merits without Him. He defines us when we fail, and He defines us when we rise.

Though two generations apart, Millie and Harper share the dream of owning a dress store, and for different reasons, believe life has taken them out of the running. Through their courage to follow their dreams one more time,  long-held family secrets come to light. Healing happens, and the space in between the torn seams of their lives is mended by the one who holds their dreams. I believe God wants to mend all of us as well.

One more note before I go. Remember that novel, the one that was rejected? It’s called Paint and Nectar and will be book two in The Heirloom Secrets Series. You have to love how God turns things around.

Thank you so much for having me today! I hope all of you are encouraged by my story to follow the callings God has placed on your own lives, and to look for the ways He is sustaining you at the seams, even in the chaos this past year has brought.

The Dress Shop on King Street by Ashley Clark 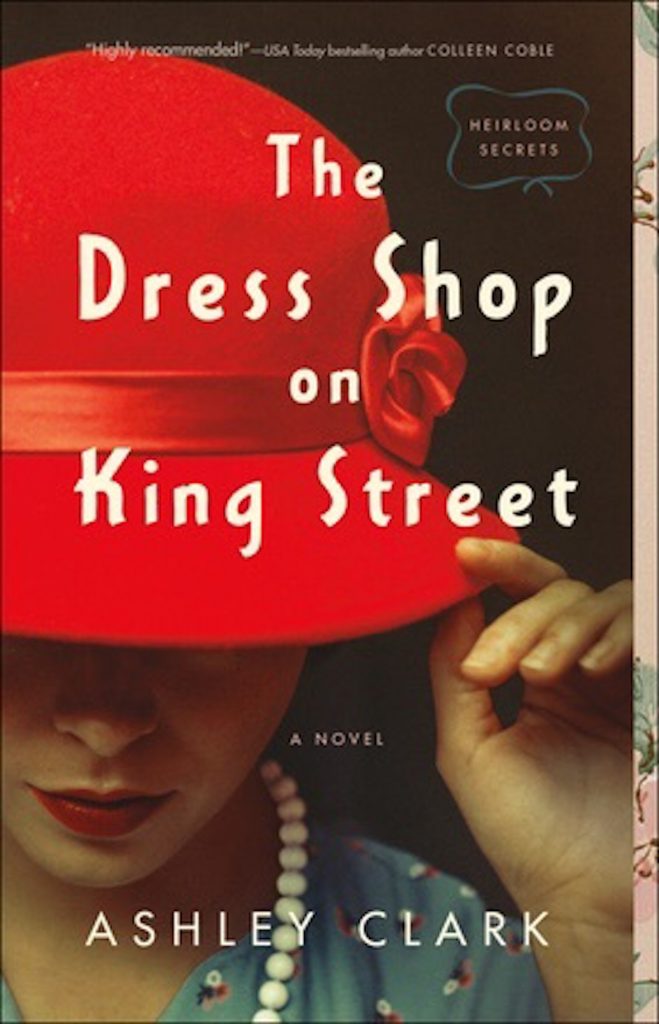 Harper Dupree has pinned all her hopes on a future in fashion design. But when it crashes down, she returns home to Fairhope, Alabama, and to Millie, the woman who first taught her to sew. As Harper rethinks her future, long-hidden secrets about Millie’s past are brought to light.

In 1946, Millie Middleton—daughter of an Italian man and a Black woman—boarded a train and left Charleston to keep half of her heritage hidden. She carried two heirloom buttons and the dream of owning a dress store. She never expected to meet a charming train jumper who would lead her to a heartbreaking choice about which heritage would define her future.

Harper and Millie return to Charleston to find the man who may hold the answers they seek. And a chance at the dress shop they’ve both dreamed of. When all appears lost they see the unexpected ways to mend what frayed between the seams.

“Clark makes a moving debut . . . . While faith elements are subtle, Millie often turns to God for fortitude when facing the difficult circumstances of her past and the obstacles to finally getting her dreams off the ground. Those who enjoy inspirational time-slip stories will want to check this out.” –Publishers Weekly

“Clark opens her new Heirloom Secrets series against the backdrop of discrimination against interracial families and follows a family history anchored to an embroidered satchel and its contents. Alternating between 1946 and the present . . . . this tale traces the consequences of personal decisions through the textile arts, with Millie standing as a bridge between the two eras.“—Booklist

Dear Lord, please bless each word Ashley writes for You.
~ For Jesus’ sake